A group of talented female artists from across the Middle East and North Africa have teamed up to showcase their paintings, collages, sculptures and calligraphy in several awe-inspiring exhibitions held around the world with the aim of promoting peace.

The visual art exhibition, entitled I AM, features a collection of colourful canvases and imagery created by 31 artists from Bahrain, Saudi Arabia, Lebanon, Jordan, UAE, Morocco, Palestine, Egypt, Tunisia, Iraq, Yemen and Iran celebrating the dynamism, strength and pivotal contributions that they make to the enduring global quest for harmony and peace, both locally and globally.

The exhibitions, which were guest curated by Janet Rady, a specialist in Middle Eastern contemporary art, was organised by CARAVAN, an international peace building arts NGO that originated out of Egypt focused on developing bridges through the arts between the creeds and cultures of the East and West.

The show premiered in Amman, Jordan at the National Gallery of Fine Arts in spring 2017 and is currently being presented in London at St. Martin-in-the-Fields on Trafalgar Square until August 20.

The third and last show will be launched on September 5 in Washington DC at the American University Museum and will then tour the country through to the end of 2018.

This exhibition originated from a desire to creatively and positively build on the message of the highly-acclaimed book written by former US President Jimmy Carter, who is much loved and respected in the Middle East, titled A Call to Action: Women, Religion, Violence and Power.

Reverend Paul-Gordon Chandler, founder and president of CARAVAN, said: “The I AM exhibition focuses not on what women are missing and often do not have, for example equal rights, but rather on what they inherently do have, and how fundamentally essential their contribution is in freeing our world from sectarian strife of any kind.

“I AM, as the title implies, shows the uniqueness of the individual, as well as one’s identity within the community and the world. Additionally, the phrase is significant to the Abrahamic faiths. The words of divine self-identification are familiar to Christians and Muslims to represent God/Allah, therefore serving as an interreligious bridge. It reminds us, regardless of creed, of all being equal and one.

“Above all, the aim is to address stereotypes, to challenge misconceptions and to celebrate the crucial role that Middle Eastern women play as guardians of peace.

“We really believe it couldn’t be timelier for this strategic East-West artistic peace building initiative. While hundreds of governmental and non-governmental entities are strategically addressing the challenges women face around the world, this initiative highlights what women contribute toward healing our world, because of their inherent connection to the sanctity of life, and their ability to nurture and protect it, thereby inspiring a legacy of harmony.

“Thus, the I AM exhibition uses the arts for an intercultural and interreligious interchange, enhancing understanding and respect, and deepening relationships between individuals of different cultural and religious backgrounds from the Middle East and West.”

Prominent and emerging artists invited to participate in the event were requested to create one original two or three-dimensional work in any still art medium such as a painting, drawing, collage, photography, digital art, mixed media and sculpture.

Nabeela, a successful businesswoman who is just as passionate about art, was thrilled to feature her work at the exhibitions. She has participated in various shows in the GCC, Asia, the US, the UK and Europe.

She uses a range of mediums in her works such as fabrics to highlight the colours and her impressionist style, in addition to acrylic and water colours. She is known for creating vibrant stories with bright and expressive female characters spreading positive messages.

Nabeela said: “I was very excited to present my work and I was very happy to show Bahraini art outside my country. It was an opportunity to meet other artists and to share our experiences.

“This is also an excellent opportunity to show the contribution of Bahraini women in shaping our society to the whole world. It is a positive celebration of the unique voice of women of Middle Eastern heritage helping to shape a harmonious world.”

According to Claire Marie Pearman, the programme and development coordinator of CARAVAN, the exhibition in Amman was a huge success and they were excited to feature the same collection in London.

Claire said: “We were very excited about the opening of I AM in London at St Martin-in-the-Fields which has long been a meeting place of ideas, cultures and traditions. St Martin’s partnership with CARAVAN on I AM is an extension of the church’s interfaith work and exhibitions programme.”

The art evening in the English capital, which attracted more than 400 guests, began in the church with an opening programme boasting special speakers and music provided by The Peace and Prosperity Trust.

Rev Canon Paul-Gordon Chandler then explained the background of CARAVAN as well as introduced participating artist Sheikha Lulwa Al Khalifa to share her perspective on being an artist in this global exhibition.

Sheikha Lulwa said: “I was very honoured to be approached by CARAVAN to take part in the I AM exhibition. My painting, From The Outside 2, which explores the concept of perception of the other, was chosen for the exhibition.

“Too many divisive things are being said and done these days by people and groups seeking to divide us and make us forget that our humanity and common concerns unite us as human beings sharing this planet.

“The bridge that CARAVAN is building to unite the East and West through art is a remarkable endeavour that I support and believe in wholeheartedly. Through art we can show our commonality without being didactic.

“The women of the Middle East are like women all over the world, layered, complex and varied in our beliefs and concerns. We cannot be painted in a single shade. We are an integral part of the fabric of humanity and that is what Caravan has highlighted through I AM.”

During the event, Sir Derek Plumbly, chairman of the Arab British Centre, spoke of his political experience in the Middle East and the role of women in peace-building efforts.

Others to share their stories included Vanessa Branson, founder of the Marrakech Biennale and Mahmoud Freihat of The Jordan Tourism Board.

There were musical performances throughout by sopranos Dima Bawab and Margo Arsane, who were accompanied on the piano by Toby Purser, provided by The Peace and Prosperity Trust.

Claire added: “The response was very positive with people feeling that they had a gained a valuable insight into the lives and accomplishments of Middle Eastern women and the huge contribution that they make to peace building and promoting harmony.

“They also enjoyed the programme, learning a great deal about the vast experiences of Sir Derek Plumbly and Vanessa Branson while also being entertained by the very accomplished sopranos.

“We are already working on the preparations for the opening in Washington DC and are very much looking forward to the US leg of the global tour.”

An exciting schedule of programmes and events are also accompanying the exhibitions at each venue to stimulate discussion, dialogue and education, promoting further understanding. 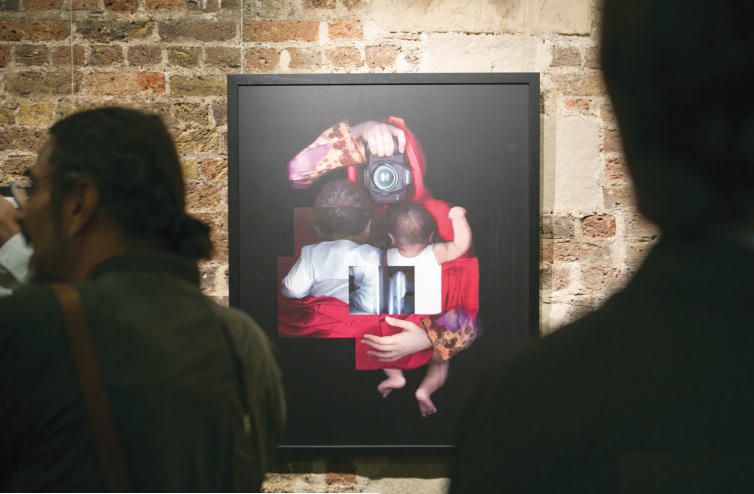 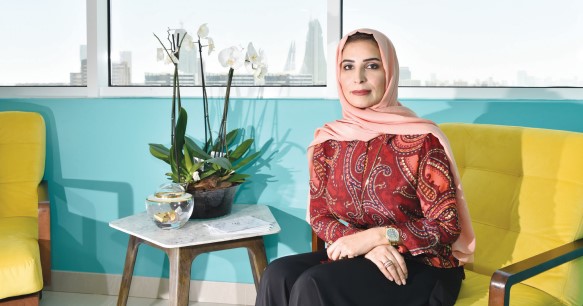 Hospitality help is at hand