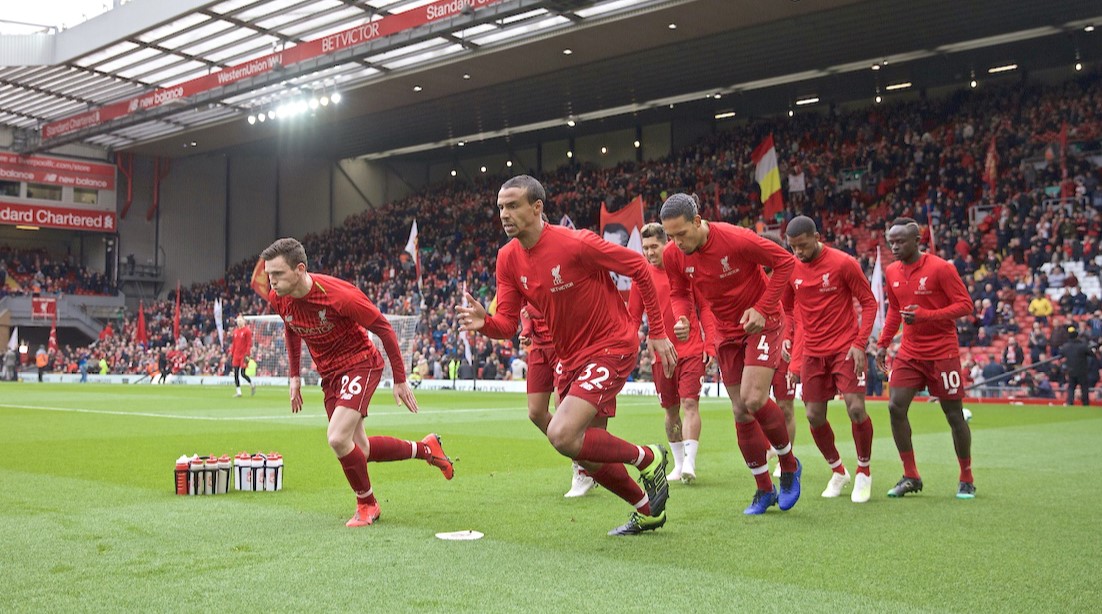 In the 1989/1990 season, when Kenny Dalglish led Liverpool to the league title, you would’ve been hard pressed to find a Liverpool fan pessimistic enough to guess that it would be another 30 years before the title was back at Anfield.

At the end of this season, 30 years will have passed but it is becoming clearer and clearer that the Redmen will not have to wait 31 years for the next triumph. In reality, it is slightly weird for me to watch how this is unfolding. Liverpool do not seem to be playing at the same incredible level which they displayed for long periods of last season but with Pep Guardiola’s men spluttering along with a vulnerability that has not been displayed in the past two years, maybe we should carve the name into the trophy right now.

To put the performance level into a better perspective, Liverpool have often been credited with having three of the best defenders in the world and one of the best goalkeepers and at times last year seemed impenetrable. However, this is the same team that has only kept two clean sheets in the Premier League so far, neither of which was at home, whilst the league’s bottom side Watford has kept three.

Even last weekend, whilst cruising to a routine win two-nil up against Brighton, they made hard work of the victory and at times and looked like they might throw away two points. They say it is a hallmark of champions to win games even when not playing at your best; Liverpool may become the first team in history to win a title through this method alone. The game away at Aston Villa is prominent in my memory, even though for long periods it seemed as though Liverpool would slip to defeat. When Andrew Robertson headed in at the back post there was an air of inevitability about what was to happen in the final few minutes.

I should probably clarify, that is not to say that Jürgen Klopp’s men have not played well at times this season. They absolutely have. In comparison to their exploits last year however, I would argue they are not at their best. They blew teams away with consummate ease for large parts of the campaign and would have been worthy champions in pretty much any league in history.

But this season‘s ability to win slightly uglier, has nicely coincided with Manchester City’s inability to get results unless they are playing well. It would be wrong to say that City have lost their aura. This is still a team who have won back to back titles and amassed 198 points in that time. They are quite capable of going on long winning runs and clawing back point deficits but there is something a little more fragile about them so far this year. At the weekend, when David Silva back-heeled the ball into Raheem Sterling for him to finish, previously it would simply have been a case of how many goals are city going to score. And even if they had been pegged back when Kevin de Bruyn fired home that would’ve been game over. Watching it, currently, you always felt as though Newcastle had a chance to grab something which in itself was a strange feeling.

I wrote in an article after the game against Norwich, mentioning that City could not use Aymeric Laporte’s injury as an excuse for any bad results or loss of form especially when you consider how star-studded and expensive the rest of the team remains. Yet it seems as though they are desperate for him to return and sure them up. His return, scheduled for just after New Year, could be a massive psychological boost if nothing else.

Of course we have to remind ourselves that at one point last year, Liverpool had the opportunity to go nine points clear and cement themselves as favourites for the league before themselves faltering badly. That’s why even the most arduous fan is being cautious with their predictions in a fan base that has become synonymous with the phrase “this is our year.”

Liverpool has an extremely busy fixture schedule coming up that includes a number of different competitions and different games in a small space of time. They don’t want to get ahead of themselves only to find that by January they’re only three points ahead and Sadio Mane is out for the season.

In my opinion, there is great reason for tail wagging in Liverpool; if this really isn’t their year then I’m not sure it ever will be.