F1 pledges to ‘race as one’

Formula 1 has unveiled its new #WeRaceAsOne initiative in support of the #PurposeDriven Movement launched by the FIA.

This initiative will be the platform to make the sport net zero carbon by 2030, to improve diversity and inclusion in Formula 1 and to support communities. F1 aims at tackling the ‘biggest issues facing our sport and global communities’ and promises the campaign will not be a one-week or one-year theme that disappears as issues disappear from headlines, it will ‘underpin Formula 1’s strategy to make a tangible difference’.

The opening race in Austria on July 3-5 will be used to thank people around the world for their strength and fortitude during the pandemic.

Chase Carey, chairman and CEO of Formula 1, said: “It is time to recognise the issues that are bigger than any one sport or country. The #WeRaceAsOne initiative we have launched is our way of saying thank you to the bravery and unity everyone around the world has shown during this unprecedented time.

“It will also be a platform for Formula 1 to come together and achieve results against the most important issues facing us as a sport and the world. That is why at our first race in Austria Formula 1 will stand united to say loud and clear that racism must end. We will show our full support in fighting inequality throughout the weekend and accelerate our own efforts to make Formula 1 more diverse and inclusive. As a global sport we must represent the diversity and social concerns of our fans, but we also need to listen more and understand what needs to be done and get on with delivering.”

Rainbows will be displayed on Formula 1 cars and around the circuit with the hashtag #WeRaceAsOne as a way to show appreciation to key workers around the world. The rainbow was chosen as it has become a symbol used internationally in the recent crisis to bring communities together.

There will also be a Formula 1 Task Force created to listen to people from across the paddock and decide on what the action is needed to improve diversity and opportunity in Formula 1 at all levels. Further details will be announced in the coming weeks. 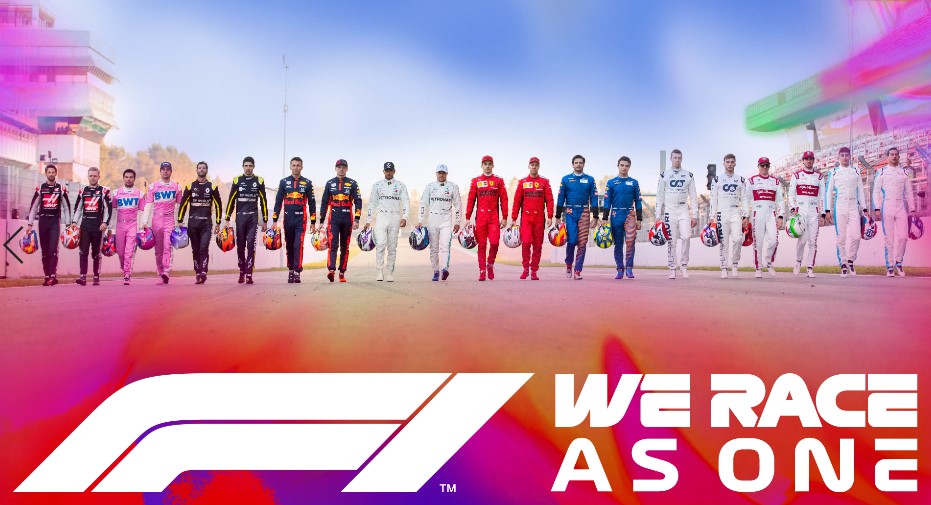 F1 pledges to ‘race as one’