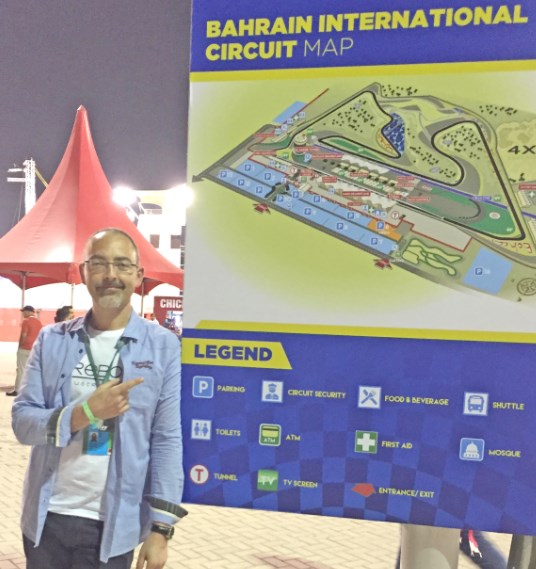 Speedy sketcher Eric Patureau, better known by his pseudonym Cirebox, is raring to go as the new Formula 1 season approaches.

Eric, who has been drawing cartoons for the Bahrain International Circuit (BIC) since 2014, will be capturing a fun angle on Bahrain’s first F1 season-opener in more than a decade, set to take place from March 26-28.

“I started to collaborate with BIC in the beginning of the 2014 season, thanks to a former F1 public relations (PR) executive who was part of the BIC team,” the 49-year-old Parisian told GulfWeekly.

“The deal was two cartoons every F1 GP, and live sketching during the main F1 and WEC events in Bahrain, where I stay at the circuit for 10 days.

“We also did side projects, including the map of the circuit for the spectators, a fun angle on Fernando Alonso swapping his McLaren F1 with Jimmy Johnson’s NASCAR car at the BIC and full page cartoons when Audi, Porsche and Toyota left the WEC’s LMP1 category in 2016, 2017 and last year, respectively.

“It has been seven incredible seasons so far, of which I attended six F1 races, since the first sunset race in 2014 and the incredible duel between the two Mercedes, and five WEC races.

“This gave me the opportunity to visit Bahrain 11 times. Unfortunately, because of the Covid-19 situation, I had to cancel my trips to Sakhir in 2020 due to the lockdown and curfew in France.”

The caricature artist was delighted to watch the WEC and the F1 double-header in Bahrain, even if he missed the ambience of sketching at the circuit.

The BIC is the only circuit to put out a cartoon like Eric’s every time, which in addition to giving fans a fun and unique angle on the race, has also fuelled the Frenchman’s love for the kingdom.

“In 2018, I was pleasantly surprised to learn that my best friend from college had relocated to Manama!” Eric added. “We had lost touch over the years but the F1 race gave us the opportunity to reconnect, hang out and have lots of fun together again.”

The artist, who left architecture to pursue his passion for cartooning, has been a professional for the last two decades and for the first seven years, could only dream of being able to combine his love for motorsport with his art.

In 2007, the dream and happenstance came knocking when Eric met French team Renault’s PR people at the Spanish Grand Prix.

Eric’s work impressed the team and this led to an ongoing partnership until 2013. What started with two cartoons at every race evolved into a full page cartoon and live sketching, followed by a comic book, titled Memories Are Made of This.

And with the BIC partnership, the artist has really had the opportunity to flex his cartooning muscles, aided by his Wacom Intuos Pro, and Wacom Cintiq Pro tablets.

“There really is no replacement for being at the circuit, even if I do most of my work at the Media Centre!” Eric added.

“To be in the paddock at the beginning of the Formula One Gulf Air Bahrain Grand Prix gives me the chance to feel the atmosphere, to see all the teams’ arrivals and preparation, to think of different cartoons we can do during all the week before the cars hit the track.

“This year, the BIC team sent me a daily feed of pictures of the paddock, but I did not have the real atmosphere, smells and conversation with all the F1 people.”

The artist takes 30 minutes to an hour for every sketch, sometimes sending a draft beforehand, in the event of a touchy event, like Romain Grosjean’s crash during the first of Bahrain’s double-header events.

Creating accurate depictions of F1 cars and incidents within such a tight deadline takes dedication and extreme attention to detail.

“I try to understand the spirit of the race - was it a boring race? An exciting race? Lots of overtakings? Crashes? Tricky weather?” the artist explained.

“The idea is more mature in the 10 last laps of the race. By now, I am used to draw the cars in any position. But before each race I look at a lot of pictures to see all the new aerodynamic parts on all the cars, to be able to draw them.

“I have to pay close attention to details because there are a lot of hardcore fans in F1, who appreciate that!”

In the last year, Eric’s artwork has been the highlight of some of the most popular posts made by BIC on social media. Of the 25 top ranked tweets by the circuit, 12 were Eric’s cartoons.

The artist has also been creating digital drawings of iconic cars in history, including the DeLorean and the Ferrari 250 GTO.

With the Bahrain GP set to open the 2021 season, Eric is hoping to capture the moments from the circuit and immortalise them with his ‘car-toons.’ 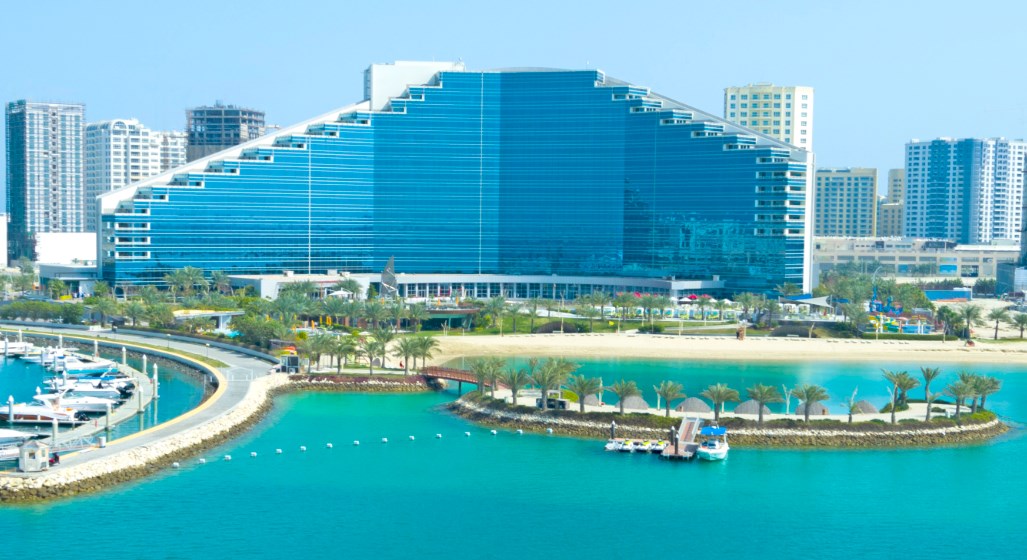 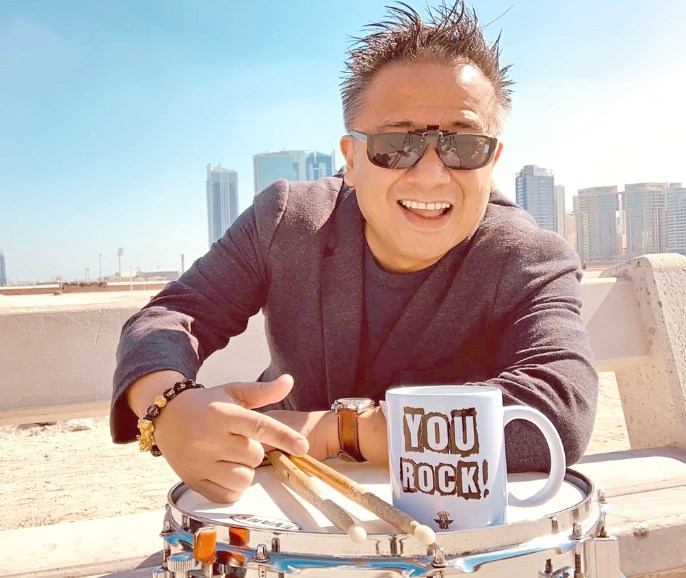