Toyota Gazoo Racing’s Nasser Al Attiyah stayed comfortably ahead in the Dakar Rally as Sebastien Loeb of Bahrain Raid Xtreme’s (BRX) team moved back into second place with a stage victory at the start of week two in Saudi Arabia on Sunday.

Al Attiyah, chasing his fourth Dakar title in the desert dunes, was second in the 402km timed seventh stage from the capital Riyadh west to Al Dawadimi but more than five minutes slower than Loeb.

“The second week of the Dakar is another race ... from the beginning we were not pushing, but in the last part we pushed a little bit just to see,” said Al Attiyah, runner-up last year to French Dakar great Stephane Peterhansel.

Loeb said he had engine problems in the last 50km, costing him precious time.

“There is no strategy...we’ll do our race, try and attack and see what happens in the end,” Loeb said.

Frenchman Adrien Van Beveren took the overall lead in the motorcycles from Britain’s Sam Sunderland, who fell back to fourth and some five-and-a-half minutes off the pace after finishing 28th.

Australian Daniel Sanders, Sunderland’s GasGas team mate who won the first and sixth stages, was taken to hospital after crashing and injuring his left arm on the way to a timed stage he had been due to lead off in.

“It was a bit of a rough day,” said Sunderland. “It started out bad for Sanders with a crash in the liaison and then the stage was really, really difficult with the navigation. We still have so many long days in front of us and I’m sure there’ll be some more opportunities to attack, to recuperate some time.”

The rally ends in Jeddah on Friday, with a 676km navigational challenge all the way to the finish.

The Dakar, now in its 44th edition, is the first major motorsport event of the year and one of the most dangerous and gruelling.

The rally started in 1978 as a race from Paris to the Senegalese capital, Dakar, but moved from Africa to South America for safety reasons in 2009.

It is now held entirely in Saudi Arabia. 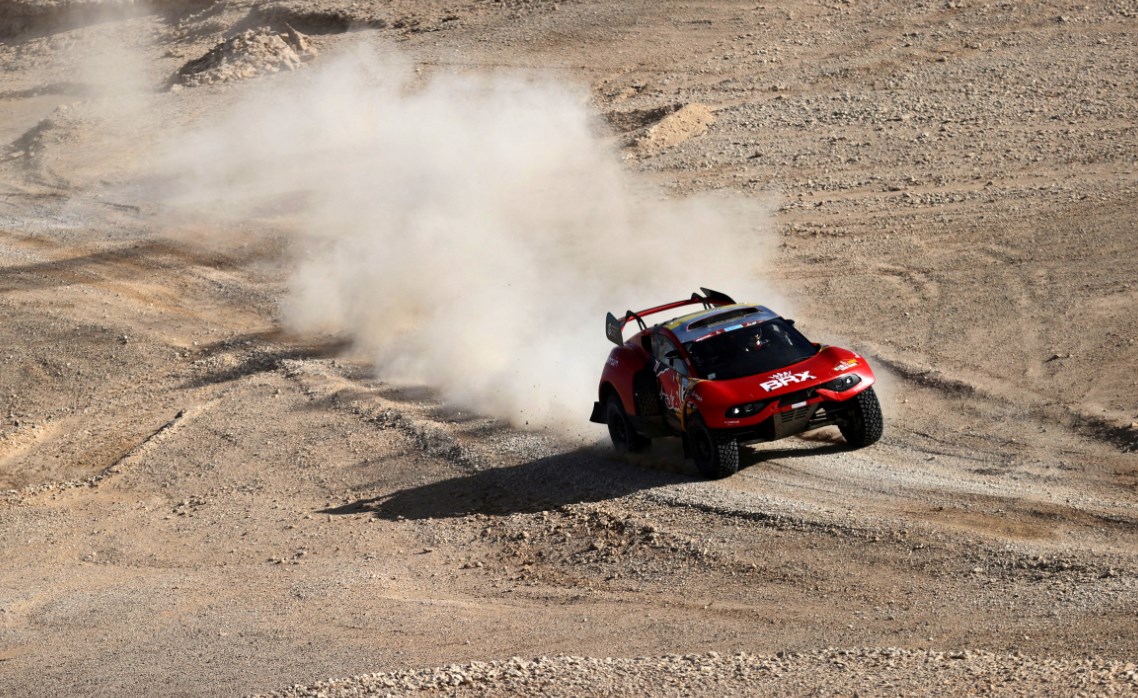