The 2022 Formula 1 Esports Series Pro Championship kicked off last week with a nail-biting three-race opening event, with the Bahrain-owned McLaren pulling to the front of the constructor standings with 86 points.

The sixth season of the F1 Esports Series kicked off on September 14 with a 29-lap virtual race at the Bahrain International Circuit (BIC), followed by a 32-lap race at Imola and a 26-lap race at Silverstone.

In the first race, Blakeley started on pole, but had to grapple with reigning champion Jarno Opmeer in order to take victory. In a perfectly-orchestrated move, he and McLaren team mate Bari Boroumand got past Opmeer’s Mercedes coming down the main straight on Lap 21.

In the second race, Blakeley duelled with Red Bull Racing Esports’ Marcel Kiefer, cementing the Scot as this year’s favourite with a 29-point lead after two races.

“We’ve done it again!” the excited driver posted on Twitter after the race.

“Outstanding work to absolutely everyone. This felt like the longest race of my life. Good game Marcel! Let’s keep it up going into the next race.”

The third race was rougher for the Scot, but he was still able to make it to the podium.

“I struggled a lot with the car and wasn’t quite as confident as in Bahrain, but I’ll take P3 all day,” he explained on Twitter.

Rasmussen took home the top prize at the virtual Silverstone race, after struggling in the first two races.

An uncharacteristic mistake in the curtain-raiser in Bahrain earned him a penalty, and he was stuck in a queue for the lead in Imola, unable to pass. Nothing and nobody would stand in his way in Silverstone, though, and he crossed the line just ahead of the ever-impressive Thomas Ronhaar.

Qualifying in Silverstone came with a few shocks, not least of which was Thursday’s runner-up Kiefer dropping out in Q1. Usual suspects Blakeley and Rasmussen placed well, but Opmeer could only muster P9. Rasmussen put it on pole, with Red Bull family alumnus Sebastian Job filling the P2 spot for AlphaTauri, and Ronhaar just behind.

Not content with going backwards at the start in the first two races, Ronhaar powered past Job through Abbey and settled in behind Rasmussen for a long first stint. With no other option, Opmeer decided to run a contra-strategy, ditching his Medium tyres on Lap 10 to go long on the Hards to the end of the 26-lap affair.

Two laps later, the first of the leaders – Blakeley (P4) and Longuet (P5) – came in to trade for the Mediums, but they emerged ahead of Opmeer. The reigning champion’s gamble on a tyre differential didn’t work out, much like Ferrari’s at Monza just five days prior.

Leading duo Rasmussen and Ronhaar came in together and when the pit stops shuffled out, they maintained the lead. The loser in all this was Job, demoted to fourth, with Blakeley taking his spot on the podium.

The first event leaves Lucas Blakeley firmly top of the pile, boasting a 21-point gap with Rasmussen in second.

Ronhaar’s spellbinding first event sees him positioned third, ahead of double-champion Opmeer, and Boroumand rounds out the top five.

In the team standings, McLaren lead the way after three consecutive podiums for Blakeley. Hit and miss races for Red Bull Racing Esports and Mercedes-AMG F1 Esports Team means they have ground to make up, and Haas are in the mix, outscoring their 2021 tally several times over already!

The second event with three fresh rounds of racing in Austria, Belgium and the Netherlands will kick off on October 12. 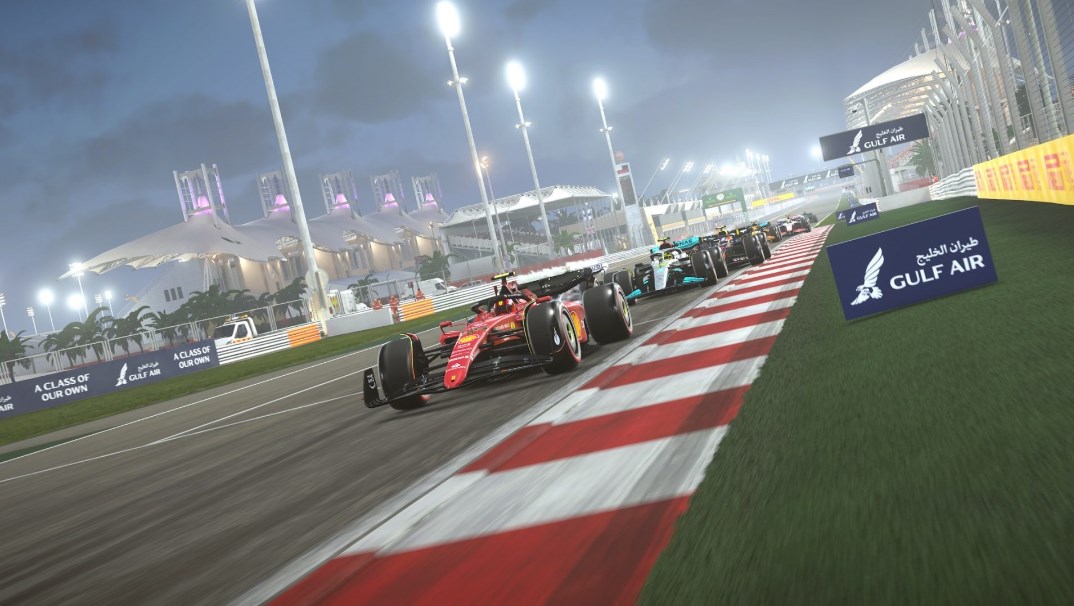