Depression is a word that is thrown about quite casually in conversation: we use it to mean sad, or down in the dumps. In fact, depression is a mental disorder that affects between 15 to 20 per cent of adolescents by age 18, and according to the World Health Organisation, major depressive disorder is the leading cause of disability in Americans aged 15 to 44.

Yet, our cavalier treatment of a serious disorder suggests a greater problem at hand: a lack of awareness. Even in the 21st Century, depression is highly stigmatised and those who suffer it are unlikely to seek help or treatment.

Previously, people believed that it was impossible for children to be depressed, and teens with depression were dismissed as being ‘moody’ or ‘difficult’. We did not know that depression can increase a person’s risk for heart disease and diabetes, among a wealth of other related health problems.

It is time that we, as a society, agree to objectively view depression for the serious mental disorder that it is and set aside our preconceptions about it.

There are several reasons why a teenager might become depressed. Poor academic performance, social status, sexual orientation and the external environment can each have a profound impact on a teenager’s sense of worth and self-esteem.

This list is by no means exhaustive - there are a plethora of other factors that can trigger depression - but when a person is unable to find satisfaction where they normally would … there is a strong chance that they have depression.

Research has determined that depression manifests in adolescents differently to adults, where teenagers tend to change their outward behaviour. They lose motivation, which could lead to a drop in grades and tend to withdraw from previously enjoyable activities.

Teenagers may sleep excessively, experience changes in appetite, and, in extreme cases, exhibit criminal behaviour. All of these symptoms are a combination of physiological changes, along with the way that they react to being depressed.

Experts agree on some common signs of depression in teenagers, although not all teenagers will present all of the symptoms:

* Apathy, or a feeling of numbness
* Feeling unexplained physical pain, including headaches, stomach aches or fatigue
* Difficulty in concentrating or making decisions
* Excessive or inappropriate guilt over situations
* Irresponsible behaviour, such as skipping class or forgetting obligations
* Loss of interest in food, or compulsive overeating resulting in rapid weight loss or gain
* Preoccupation with death or suicidal thoughts
* Feeling hopeless and/or worthless
* Withdrawal from friends
* Use of alcohol, drugs or engaging in promiscuous sexual activity

While the above list gives a general idea of the most common ways that depression presents itself, it is important to remember that not all teenagers will react in the same way. It is common for adolescents to experience a combination of any of the above symptoms, along with behaving in a way that is uncommon for them.

It is difficult to reduce a mental disorder such as depression into a finite checklist, because it is not something that is easily identifiable.

Even though psychotherapy is highly stigmatised in the Middle East, including Bahrain, it is highly recommended that if you are a sufferer you seek professional help.

A professional evaluation can be of significant help, especially if your symptoms are severe. While there are not any specific medical tests for detecting depression, health care professionals can diagnose it based on interviews and psychometric testing.

While anti-depressant drugs are viewed as a miracle cure, the truth is that medication does not always help. In some situations, dependence on medication can further aggravate problems. Talking about your issues and having an open discussion is one of the best ways to alleviate depression.

If professional help is not an option, it is worth talking to someone you trust, such as a parent, friend or a school counsellor. Understanding that depression is not your fault and that you can share your thoughts confidentially can make all the difference.

Depression can distort your perception of what is real, where your mind starts to believe in the feelings of hopelessness, so opening up to someone can help you to readjust your perspective.

Always remember that depression is not a weakness. It is not weak to ask for help.

We have come a long way in terms of understanding depression, and finding ways to help those who suffer from it.

One of the many difficulties of mental disorders is that there is no hard evidence; no X-ray or MRI that the doctor can point to so that we can all accept that it exists.

Perhaps that is what makes depression so dangerous: some people that are suffering from it don’t even know that they are depressed. However, we have a long way to go in terms of accepting mental disorders for the serious problem that they are. We have to stop sweeping our problems under the carpet of stigma, and have open, honest discussions.

It is time that we make the conscious decision to move forward, as a society. 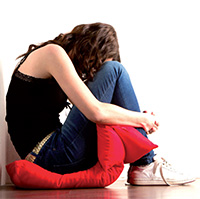 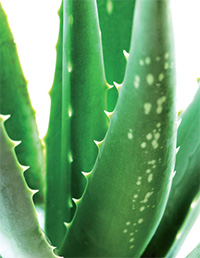