BAHRAINI adventure-seekers Hussain Almosawi and Mariam Alarab can cross the Hashemite Kingdom of Jordan off their bucket list, after exploring its rich history, lush greenery and impressive sights.

The married couple, both 25, from Malkiya, who are known for documenting and sharing their cultural experiences online in their travel blog www.dilmunicouple.com, have visited the rarest parts of Saudi Arabia, trekked for seven days in the Himalayan mountains and spent 10 days discovering the beauty of Kashmir, as well as Oman.

After visiting Madain Saleh in Saudi Arabia, exploring its tombs, railway and famous fort which resembles Jordan’s Petra, the bloggers packed their bags, hopped into their vehicle and decided to see the real deal in all its glory.

Hussain, a freelance travel and documentary photographer, said: “We really wanted to see Petra. Moreover, Jordan also offers a variety of attractions and activities that encouraged us to visit the country even more so.

“We decided to make a road trip, driving through Saudi Arabia, and spend nine days in Jordan to explore its natural sights. We travelled more than 1,600km and it was totally worth it.”

When the ‘Dilmuni Couple’ reached their destination, they started their journey from the north of Jordan celebrating Eid Al Adha in Irbid.

Known as Arabella in ancient times, Irbid is Jordan’s second largest city located about 85km north of Amman. It is a bustling community housing a popular university and two museums. There are also artefacts and graves in the area that proves that Irbid was inhabited since the Bronze Age. This area has not been touched by consumerism and still maintains the charm of a provincial Middle Eastern town.

Mariam, a freelance photographer and travel writer, said: “We had a great cultural experience in Irbid. We attended Eid prayers at Nooh Al Qadat Mosque with different nationalities and students living there.

“We visited an open air area where shepherds gather to sell their sheep and people come over to buy and sacrifice them; something we don’t see nowadays in Bahrain. Also, we were introduced to a delicious Jordanian dish for Eid lunch, made up of rice and lamb smothered with yoghurt known as mansaf.

“Afterwards, we took a tour close to the Jordanian-Palestinian-Syrian borders where we peered over Lake of Tiberias, the lowest freshwater lake on Earth and Al Jolan, otherwise known as the Golan Heights.”

The Golan Heights is a hilly and elevated plateau overlooking the Lake of Tiberias, the Jordan River and Mount Hermon.

On their way to Amman, they stopped to admire the ancient city of Jerash where they were transported back to Greco-Roman times. According to the explorers, half-a-day was not enough to get their fill of the place.

The next morning, they made a quick visit to Madaba, a pleasant little town known for its Byzantine mosaics. It’s an ideal location for exploring the holy sites nearby, and Jordan as a whole, as everything is within easy reach.

Hussain said: “We were fascinated with the mosaic work and the city itself is very special including its streets, churches and mosques.”

They ventured into the south to Wadi Rum, a protected area covering 720 square kilometres of dramatic desert wilderness. The area boasts huge mountains of sandstone and granite along with wide sandy valleys. There are also narrow canyons and fissures that cut deep into the mountains concealing ancient rock drawings etched by the people of the desert.

Bedouin tribes still live among the mountains of Wadi Rum and their large goat-hair tents are a special feature of the landscape. Tourists have enjoyed jeep, camel and hiking tours there as well as camping out under the stars in Bedouin tents.

The couple spent a day with the Bedouins followed by a night of camping and star-gazing. According to Mariam, Wadi Rum is beautiful and charming in a strange way and is an absolute must-see when visiting Jordan.

Eventually, they made it to the magical place – Petra. Mariam said: “The size of the site was totally unexpected. It is so huge! We spent a full day wandering in Petra and were lucky to have the chance to visit it at night, too.

“The ancient archaeological city known for its rock-cut architecture is opened at night on specific days and is lit with candles all the way to Al Khazneh, the treasury, which is one of the most elaborate temples in the ancient Edomite city of Petra. It was a romantic evening with candles and a special performance of Bedouin music.”

The highlight of the daring duo’s trip was skydiving over the Dead Sea. Hussain said: “We consider ourselves lucky because during the time of our visit, the Royal Aero Sports Club of Jordan had joined up with Skydive Dubai to offer parachuting over the lowest point on Earth!

“We didn’t want to miss this opportunity. It was an amazing experience. Afterwards, we enjoyed a relaxing time floating in the Dead Sea.”

Located near the Dead Sea is Wadi Mujib, a natural reserve where the couple trekked through the challenging canyon trails including Al-Siq trail, walking through water and rope-climbing for two hours.

On their way back to Amman, they made one last stop at the hot springs of Jordan known as Hammamat Ma’in. They ended their adventure by spending the last night in Amman’s old-downtown called Al-Balad which they found full of life.

Overall, the travelling twosome were delighted with the trip. Mariam said: “We got to know the beautiful diversity of Jordan from its people to its warm environment.

“It was really interesting to see the urban and fast life in Amman as well as how a modern Bedouin manages to keep his or her tradition alive.

“Jordan creates a great atmosphere for tourists. The people were really hospitable and generous. We got invited to lunch by the locals more than once and we got help whenever needed during our journey through Jordan.

“Going through the mountains in Irbid, Jerash and Amman, followed by visiting the deserts of Wadi Rum and Petra as well as the Dead Sea and Wadi Mujib, made us appreciate the natural beauty of this country!”

The pair is already planning their next trip, discovering Socotra Island in Yemen. 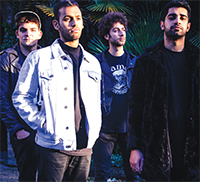 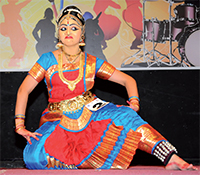 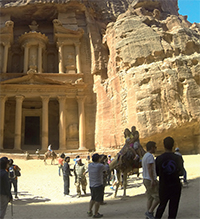