PRESTIGIOUS BOUTIQUE: HELEN Macdonald is a writer, poet, illustrator, historian and affiliate at the Department of History and Philosophy of Science at the University of Cambridge.

As a child, she was determined to become a falconer, learning the arcane terminology and reading all the classic books. Years later, when her father died and she was struck deeply by grief, she became obsessed with the idea of training her own goshawk.

Helen bought Mabel for £800 on a Scottish quayside and took her home to Cambridge, ready to embark on the long, strange business of trying to train this wildest of animals.

H is for Hawk is an unflinchingly honest account of Macdonald’s struggle with grief during the difficult process of the hawk’s taming and her own untaming.

As John Carey of the Sunday Times wrote: “What she has achieved is a very rare thing in literature – a completely realistic account of a human relationship with animal consciousness. It is a soaring performance and Mabel is the star.”

Winner of the Costa Book of the Year and the Samuel Johnson prize for non-fiction; this is a wonderful book about memory, nature and nation, and how it might be possible to reconcile death with life and love.

DEEP in the heart of history’s most infamous concentration camp, a man lies dreaming. His name is Shomer, and before the war he was a pulp-fiction author.

Now, to escape the brutal reality of life in Auschwitz, Shomer spends his nights imagining another world – a world where a disgraced former dictator now known only as Wolf ekes out a miserable existence as a low-rent private eye in London’s grimiest streets.

Poetic and terrible, riveting and disturbing; how do you write about the Holocaust?
This is a book for adults; a book of history, yet also of humanity. An utterly enthralling read, but by no means a jolly one. It is in turns brutal, harrowing, heartbreaking and intriguing. Not for the faint-hearted ... but having read it, I feel compelled to recommend this unforgettable novel.

Definitely an extraordinary story of revenge and redemption, A Man Lies Dreaming is a testament to the power of imagination and a novel which will stay in every reader’s thoughts long after the book has been closed.

FROM the Top Ten best-selling author of Never Say Goodbye, comes a powerful novel about secrets and mistakes and how life can change course in less than a heartbeat.

When 14-year-old Sophie Monroe suddenly vanishes one night it looks at first as though she’s run away from home. Her computer and mobile phone have gone, and she’s taken a bag full of clothes.

However, as the police investigation gets underway it unfolds a wealth of secrets from the surrounding community – and it seems everyone has something to hide.

For Detective Sergeant Andrea Lawrence, the case is a painful reminder of the tragedy that tore her family apart more than 20 years ago.

She is convinced there is more to Sophie’s disappearance than teenage rebellion.

But is the past clouding her judgment, preventing her from seeing a truth that neither she, nor Sophie’s family, would ever want to face?

This is a well-written and compelling novel, which will be much admired by fans of Jodi Picoult. Susan Lewis gets straight to the heart of issues that affect women today. If you have not yet read any of her books, I would recommend this as a good choice to start. 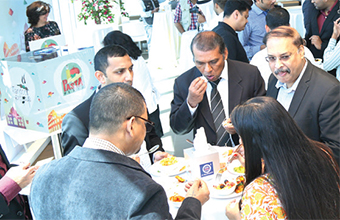