THE shutters have truly come down on some stunning sunny days in Bahrain in a series of dusk delights captured by British photographer Andrew Weaver and his friends.

Glow - Sunsets of Bahrain is the latest book to be released following the success of his first publication Between Two Seas and aerial masterpieces featured in the follow-up publication entitled Above Two Seas.

The new concept shows the amazing sunsets Bahrain enjoys, particularly in the winter months alongside the leisure lifestyle that accompanies them.

Andrew said: “I was inspired by the beauty of Bahrain’s sunsets and also because it had previously gone undocumented. There was also a mesmerising array of activities taking place as the sun went down which I found quite eye-opening.”

He had also spotted several outstanding images posted on social media sites by photography enthusiasts. He invited people to contribute their ‘best shots’ to the project.

As a result, although 75 per cent of the images used in the book are his own, the rest come from mostly amateur snappers, whose work until now had been unpublished. Glow - Sunsets of Bahrain features 260 images over 300 pages taken across the kingdom from Hawar to Budaiya, and Riffa to Amwaj Islands.

The hardback publication retails at BD20 and is now available at all leading bookstores, plus Duty Free outlets.

“The book is aimed at residents who appreciate photography and like to have a book on their lounge table, and also for tourists to take away as a memento,” explained Andrew.

Andrew, a professional photographer specialising in advertising, industry, corporate portraiture, hotels, resorts, food and drink, is the founder/owner of Picture Arabia, one of the leading Arabian stock image sites. He has been in Bahrain for more than 12 years and his commercial studio is in Adliya.

He is planning to launch a fourth publishing venture in time for Christmas, a coffee-table book about modern-day Muharraq. 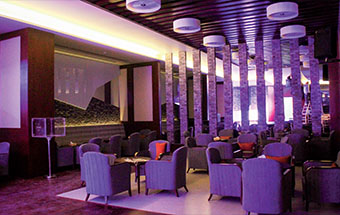 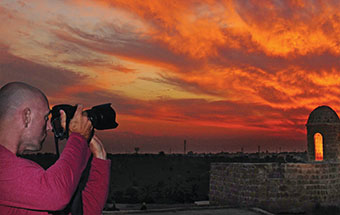