A TV reality show focusing on the trials and tribulations facing workers in Bahrain’s property sector has become a global sensation.

Deals in the Desert, starring three local property agents, highlights some of the kingdom’s projects and developments in a 13-episode series filmed over three months by JEO Productions.

Each 30-minute episode is currently being aired on Netflix in North America, the UK, Australia and New Zealand – with talks ongoing to have it screened regionally.

It follows a trio called Svetlana, Hera Real Estate’s head of sales, Nabeel, Blue Sky Real Estate’s representative, and Sheila, the head of sales and marketing manager for Property Locators, as they meet home-seekers and try to find them suitable apartments and villas.

The show also follows the trio conducting negotiations with owners and closing deals.

“Some of them didn’t even know Bahrain existed before the series was broadcast and are now commenting on the beauty of the kingdom.

“I’m happy that people are seeing where I’ve decided to build my own home. That’s what we try to do at JEO Productions, showcase the beauty of our surroundings. Also, this show is a huge advertisement for Bahrain.

“Viewers can see for themselves that if they are looking to invest in real estate, why not invest in Bahrain, with a return in investments that can be higher than in Dubai.”

The show has a reach of up to 84 million people and it’s just the beginning of the production company’s plans, said Joseph.

Since airing season one, the production house has been inundated with messages.

L. Chernienko from Canada said: ‘Just finished watching Deals in the Desert. Loved it! After watching this show I want to go to Bahrain!’

Canadian C. Morrison-Hart especially enjoyed watching Sheila’s exploits. She said: ‘I somehow found myself absolutely obsessed with this show and Sheila was my personal highlight.

‘She is the type of businesswoman I’d like to be and is pretty hilarious. Great show, something completely different, as well as crafted in such a way that I am truly interested in Bahrain and the people who live there. Oddly inspiring, thanks for that!’

Scott Krech, from the US, added: ‘What a good show. Makes me want to visit Bahrain! Is Season 2 coming soon?’

At the moment, JEO Productions is negotiating with distributors before giving a green light for a new series.

Bahrain couch potatoes have currently not been able to watch the show through legal channels. Tariq Al-Alaiwat posted on the show’s Facebook page asking: ‘Does anyone know how to watch Deals in the Desert, which apparently is a TV show shot and based here? I can’t find it on Netflix Bahrain’.

Industry sources say talks have started to address the situation. 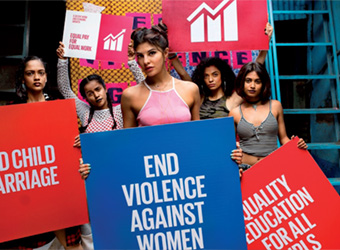 What we really want 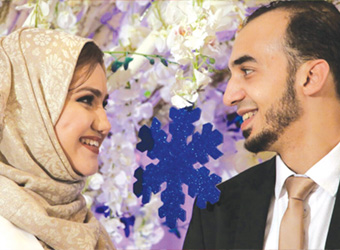 Wedding dreams are made of this! 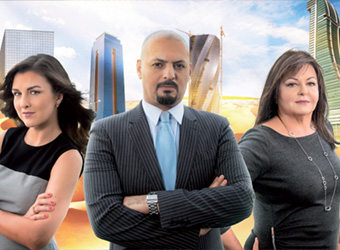 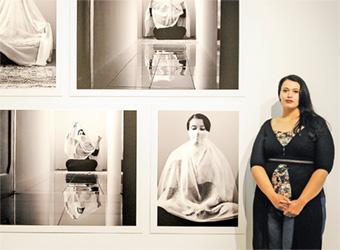 Capturing the complexity of cultures