Talented Nasser Alzayani and selected creatives from across the region are heading out in the desert in the United States as part of a journey to help them ‘grow as artists’.

The 25-year-old, with Bahraini and American heritage, is an architect and has joined nine photographers, film makers, designers and visual artists on a 15-day adventure.

Nasser, who has sketchbooks full of illustrations and drawings marking his travels and capturing the special moments in his life over the years, will be working on a project highlighting immigration and the feeling of isolation.

He said: “Aside from the amazing art institutions and artwork we are scheduled to visit and see. I am most looking forward to working on the project I proposed in my application and collaborating with other emerging artists from the region.

“The US’ history is one filled with stories of emigrants fleeing their homeland in search of freedom, safety, and in the few cases when it comes true, the ‘American Dream’.

“What is most interesting is not the number of people, where they came from, or what they were escaping … but the way they acclimatised to a foreign land.

“When you look at the names of cities and states in the US, such as New York, New Mexico, New Hampshire, and so on, you notice a trend in that people prioritised the idea of holding onto a place that is dear to them, rather than starting with a blank slate.

“My approach will rely on assuming the role of an emigrant to a new land, who has travelled in isolation for thousands of miles leaving a home and memories in order to seek refuge in a foreign place.

“Without the aid of a companion, photographs, the internet or any other form of tangible memory, I will attempt to make sense of a fresh environment and use my recollection to reshape my findings.”

Nasser, who now lives in Abu Dhabi, has always found drawing the best way to express himself. His work deals with a process of documentation through drawings, writings, sculpture and installations in a variety of mediums.

He is most interested in people’s interaction with spaces, the marks they leave behind and the memories they take with them. He mainly works in ink and graphite with occasional introductions of colour and mixed media.

Nasser and his group are this week exploring parts of Texas and New Mexico on the Journey to the USA 2016 project.

The expedition was organised by The Crossway Foundation and Art Jameel to give young artists from the Middle East an opportunity to work and travel across international borders in the hope of promoting positive change within their own communities.

The Crossway Foundation was founded by a group of artists to connect people across geographical, generational, racial, religious, economic and political borders as well as promote creative collaboration.

The Foundation’s travel and exchange programme was launched in 2007 and has since supported more than 100 people from 13 countries to explore each other’s homes first-hand.

Imogen Ware, managing director of the Foundation, said: “Artists thrive when introduced to new places and experiences. There’s nothing quite like the power of crossing borders – real and imagined – to help identify the commonalities and differences across cultures and stimulate their thinking and creativity.

“We can’t wait to see how these incredibly talented young artists will learn and grow from their exposure to the land art, landscapes and people of the US.” 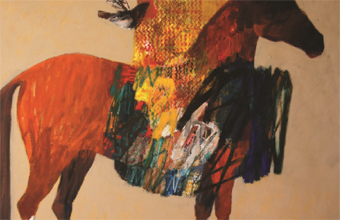 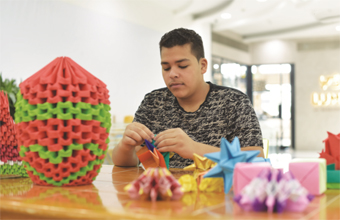 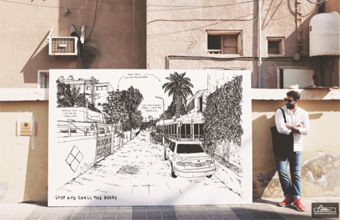