Jo Ruxton was invited to Bahrain last week as part of a screening of A Plastic Ocean organised by the British Club to raise awareness among its members about environmental initiatives, answer questions about the film, the filmmaking process and what we can do to make a difference, writes Naman Arora.

Among the attendees at the British Club event were executives from the expat club as well as founders and members of Cleanup Bahrain and Bahrain Volunteer Dive Team. These organisations have been actively raising awareness and cleaning up beaches and oceans around Bahrain, attracting 1,752 volunteers for their World Cleanup Day campaign on September 21.

Jo added: “It is great seeing people be so active about their clean-up efforts here. I am happy to hear the film has been screened so many times here since it was released and that some of the teams are working on education efforts in schools to effect larger change.

“However, I have also noticed the amount of single-use plastic consumption, especially those tiny water bottles. I understand that water from the tap may not be potable, but growing up in Singapore, we had a similar issue and back then we used to boil the water and then put it in glass bottles. Such small changes in consumer behaviour are needed and so is education at all levels to make people understand the reality of single use plastics and its immediate impact on the environment around, especially considering that Bahrain is an island so you can see where the waste is ending up!”

During her childhood, Jo had visited Bahrain for a very short spell during her vacation but barely remembers it, especially considering how much the island has changed just in the past 30 years.

Jo has been a lifelong campaigner for conservation efforts. In the 1980’s, she started the first marine programme for World Wildlife Fund for Nature (WWF) in Hong Kong, living there for 14 years.  During that time, she was a key advocate for the establishment of the first marine protected areas in the country.

She also became a lead member of the BBC Natural History Unit’s diving team for many years and had been producing and directing underwater sequences since the first days of filming on the award-winning Blue Planet series in 1997.

After she left BBC to do the project on her own in 2008, she spent some time researching the thinning shark population, met people who told her about the Great Pacific Garbage Patch and got involved with another project involving whales, where she met her first investors.

She reminisced: “I got my first 900,000 Euros (BD374,000) by accident. I went to a workshop being run by WWF Netherlands to pitch a new campaign about whales. Afterwards, I was approached by two separate private family fund foundations who wanted to do the project. And we were off.”

In the end, the movie cost about USD3.5 million with most of the cost allocated to the various ocean trips done to show the impact of plastic on sea creatures. The movie is quite impactful, combining a selection of statistics with moving storytelling and harrowing footage of animals interacting with and sometimes losing their lives to plastic debris.

It is also interesting because of the time taken to make the movie because of breaks to raise funds and then shoot the underwater footage. Over nine years, for example, the daughter of one of the divers in the movie starts from being a just-born baby and then grows into a teenager, driving home the subtle point that this is the world that future generations are growing up in.

Jo added: “So many things changed in the world over those nine years. We saw a growing awareness and involvement with plastics and the oceans. We also kept hearing about more and more solutions to the problem. Till the day we finalised the cut, we kept hearing about new projects. One in particular I wanted to include but couldn’t was the idea of zero waste towns that are emerging in China, Vietnam, Philippines and Indonesia.

“People who don’t have much are finding ways to reduce and eliminate plastic in the environment. They’re growing their own fruit and vegetables so that it doesn’t have to be all packaged up and sent off anywhere. The local municipalities are supportive of them because don’t have to get in there and clear out this mess because these people are not treating plastic as if it’s going to disappear.

“Plastic was designed not to break down. It defies nature. It’ll break up into little pieces, but it never goes away. And yet while we’re making single use items out of it, they decided to do something about it.”

In addition to limiting plastic bottle usage, Jo also sees education as the salvation of Bahrain’s own plastic seas. She noted the significant efforts made by Cleanup Bahrain to educate kids and organisations about plastics.

When Cleanup Bahrain co-founder Ruqaya Hashem asked about what more could be done, Jo said: “I often find that kids are unfettered by practicalities and so-called economic realities that adults use as excuses not to change. There was this one case in the UK, where, after our film was screened, the cafeteria manager came up and told me that he could not just eliminate plastic because of the profit he earned from selling bottled beverages. A few months later, one of the teachers emailed me and told me that not only had the kids completely stopped buying plastic bottled beverages, at the end of the year, they refused to eat ice-cream because it was packaged in novelty plastic containers.

“We would also like to work with some of the local environmental groups, including Cleanup Bahrain to translate some of our educational materials into Arabic.”

As to what’s next, Jo is currently focusing her efforts on education.  She is also planning another film about the human relationship with our oceans. 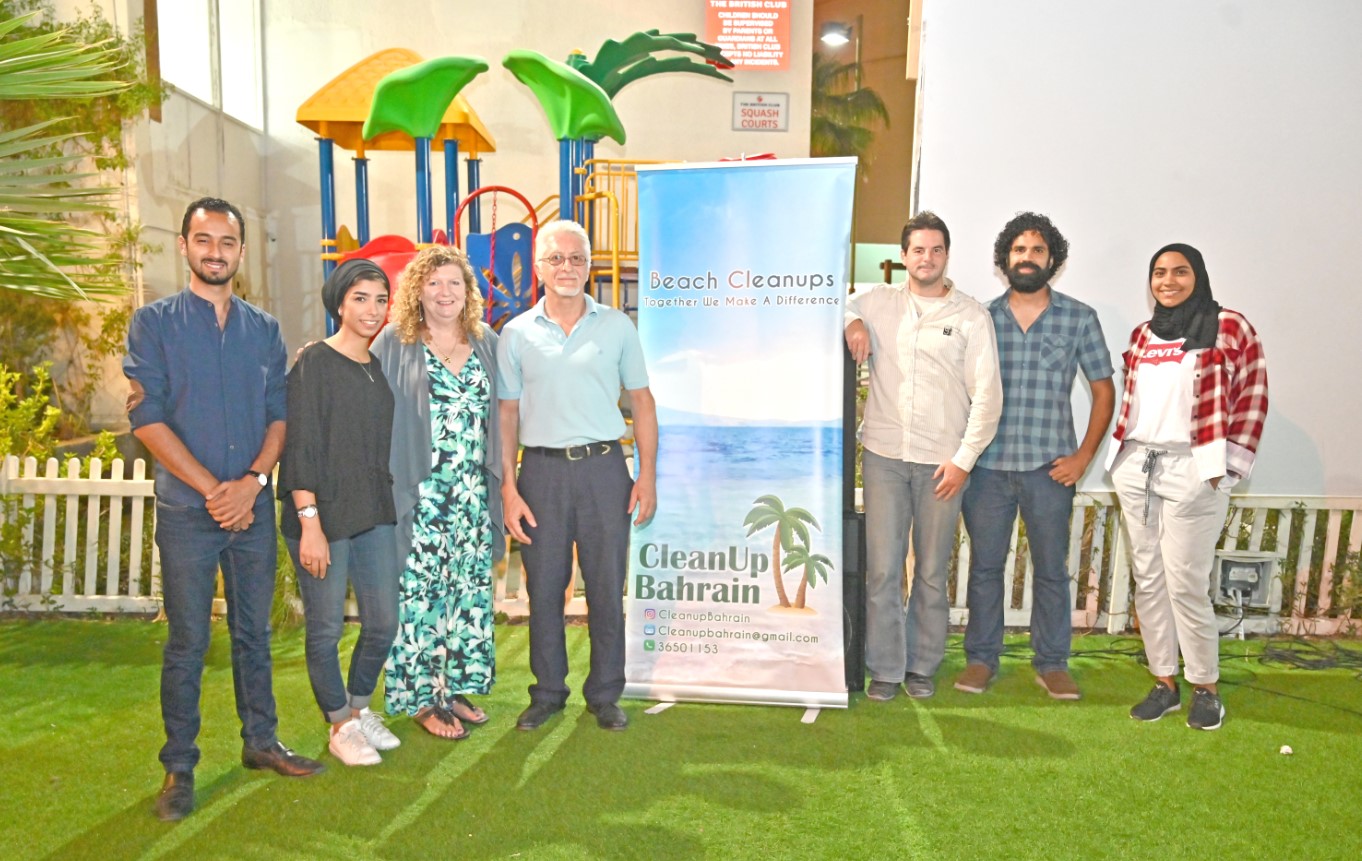 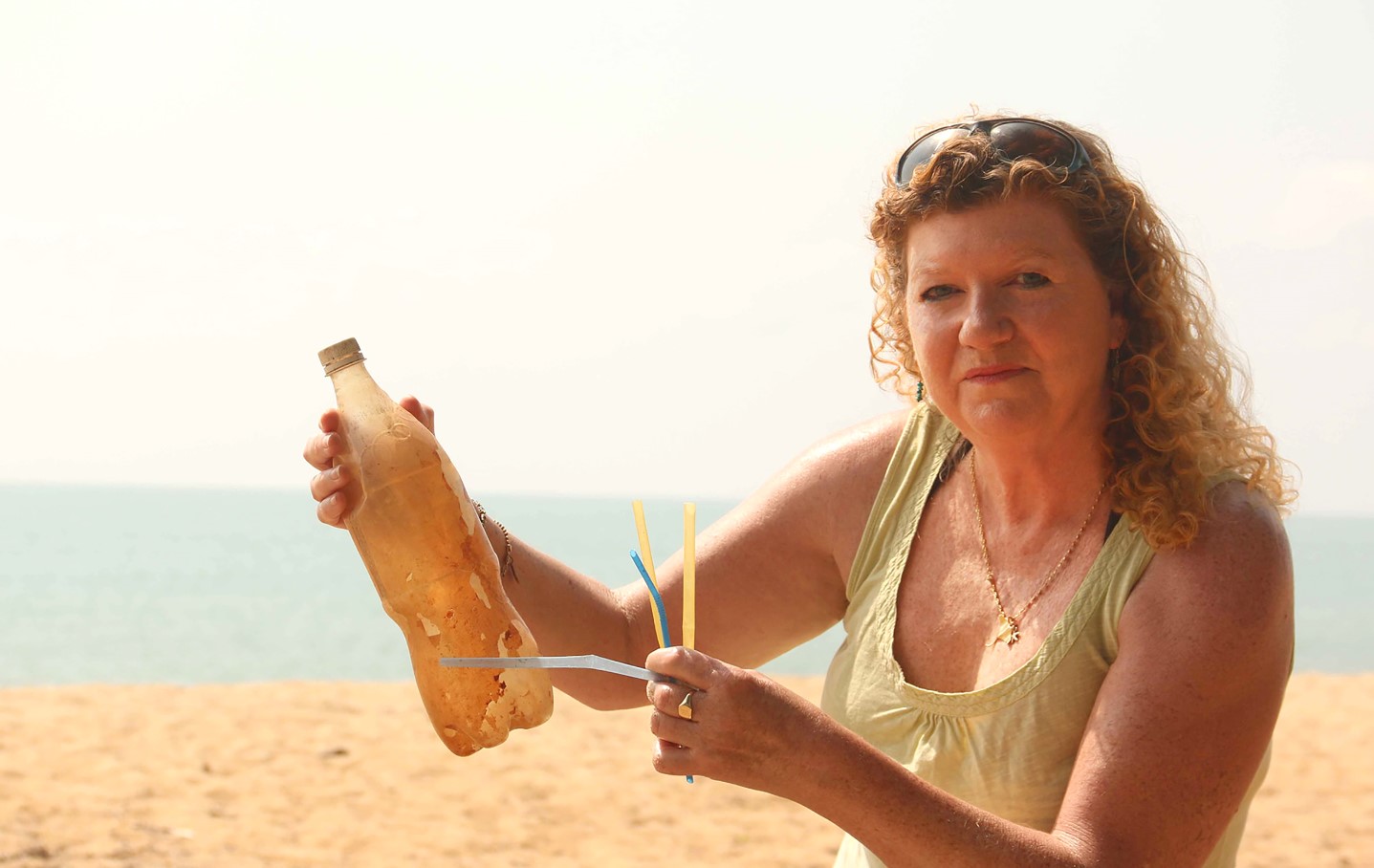