The aesthetically appealing vehicle had won over the hearts of a panel of females judges from over 30 different countries who were asked to vote according to what they look for when purchasing a car.

It is believed that the Japanese automaker’s Mazda3 was loved for its “matured Kodo design language which combines simple lines with a bold appearance and a more prominent overall body structure”.

The car, which comes as a hatchback and sedan, boasts different design personalities too. The hatchback features an emotive design while the sedan is elegant in look and sporty in drive.

Wanting to know what all the hubbub was about, I drove up to the Mazda showroom in Tubli to pick up the four-door in order to put it through its paces in what was at the time, a slightly gloomy and rainy day. Why do women love this car so much? Was it just about looks or did it have a “je ne sais quoi” of some sort?

I was informed that I’d be getting the sedan for the day and as I waited, I walked over to the hatchback, which was sitting beautifully in the showroom, to give it a once-over. It stared back at me looking contemporarily chic and bold.

I was then escorted to my new ride and at first glance, it was sleek and stylish. Designers wanted the exterior to feature contours that capture movement, even at a standstill and it did. It boasts “simplified essential characteristics that embrace the Japanese philosophy of less is more”.

This is the expressive evolution of their Kodo: “Soul of Motion” design aesthetic. Apparently, reflections of light across its surface create more complex and intriguing shapes. It is poised, dignified and beckons to be driven…and I was more than thrilled to do so.

I hopped into the classy but cool car and began to admire its interior.  It was meticulously crafted by Mazda Takumi, which describes master artisans and craftsmen, using sophisticated materials and select finishes to make it feel as though it was tailored for the driver.

It featured a lovely leather interior with stylish stitch work as well as a nifty infotainment system, centre console and dashboard. Before pressing the push start button to get the car purring, I was in awe of the digital odometer that featured a visual which looked like sound vibrations fading in and out. Once I hit start, the vibrations changed and the Mazda3 moniker appeared followed by the odometer. The geek in me was awoken. It may have been a small touch to some but I felt it was a ‘swish’ move to make.

As I rolled out of the showroom, I thought I’d feel a difference in power and speed as I’m used to driving a 3.6 litre V6 and this was a 1.5 litre V4. However, I didn’t even notice it. I found the sedan swift and nimble, handling corners and Bahrain’s roundabouts with ease. It exhibited great grip and although it felt as though it was glued to the ground, its speedy movement showed otherwise.

Perhaps that is due to its Skyactiv technology. The powertrain line-up comprises the latest Skyactiv-X, Skyactiv-G and Skyactiv-D engines, each of which provides responsive speed control in any driving situation.

I had driven a 1.5 litre before and found it to be a drag. I mentally decided to not get into a V4 again as I figured they were all a similar drive. However, this Mazda3 picked up quite well, so much so, that I actually double checked the car engine specs with the showroom as I couldn’t believe how well it picked up. I’m not talking about monster power but I felt confident enough to make those cuts and turns whenever I wanted or needed to. No wonder the ladies love it. It made zipping around the island for meets and finding parking in the compact car a breeze and a pleasure. It is easy to manoeuvre around in and the centre console and I found the infotainment system quite simple to use.

The main hub of the 2019 Mazda3 infotainment is the Mazda Connect which helps drivers seamlessly connect with their music and entertainment, friends and family, and other key information. It helps you monitor the efficiency of the car and get notified if anything is wrong. The multifunction Commander control makes navigating the system extremely easy as well.

Audio and music was crisp and fun to listen to. Then again it is equipped with Bose’s Premium Audio System. Many a time I hit that cruise control on my steering wheel, turned up the volume from the toggle switch that was there too, and just glided through traffic without a care in the world…even when it began to drizzle. I picked up Honey, GulfWeekly’s photographer, and took the little beauty for a photo-shoot. Her grill glistened as though she was smiling back at him and the light reflected off her form just as the designers intended it to.

If anything, I’d say she is like a humming bird that flutters around with adequate speed, is highly responsive and a ‘looker’. Then again, great things do come in small packages and though she may seem small, her sportiness and aesthetic attitude is pleasing. It’s understandable why Mazda3 won over women and was also the family car of the year.

The Mazda3 sedan 1.5 litres is priced starting at BD7,500 and the Mazda3 hatchback 2 litre higher model costs BD9,700. All prices are inclusive of VAT. 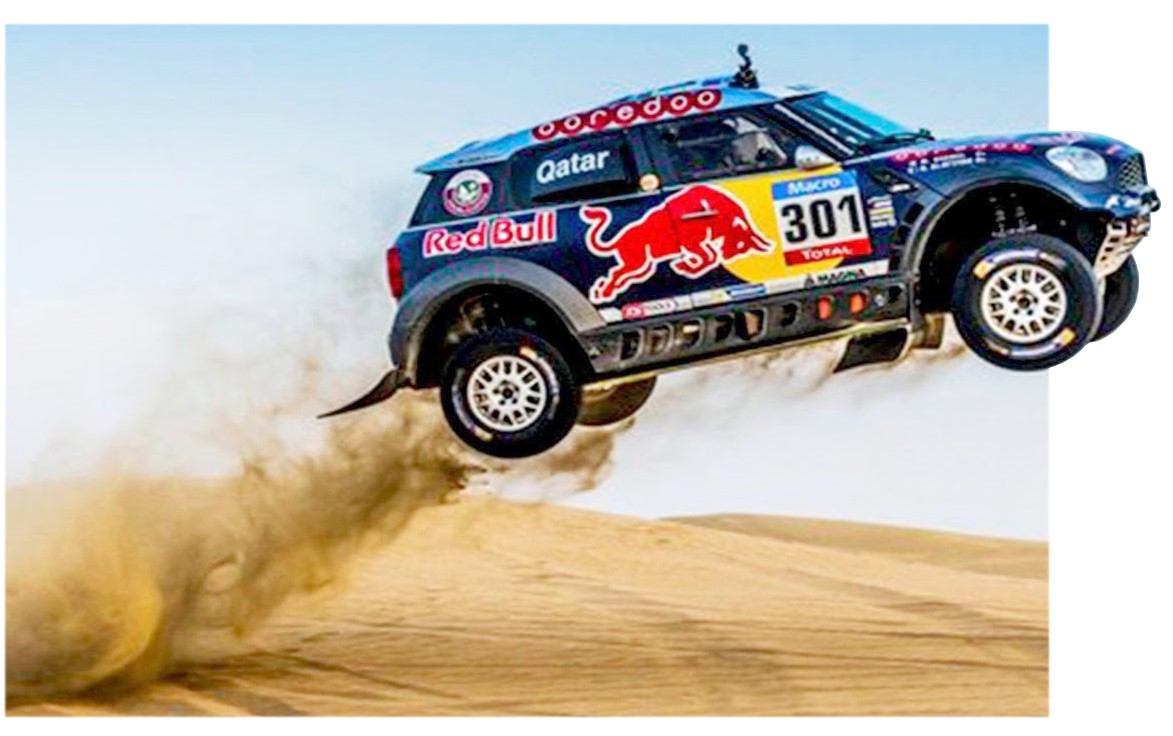 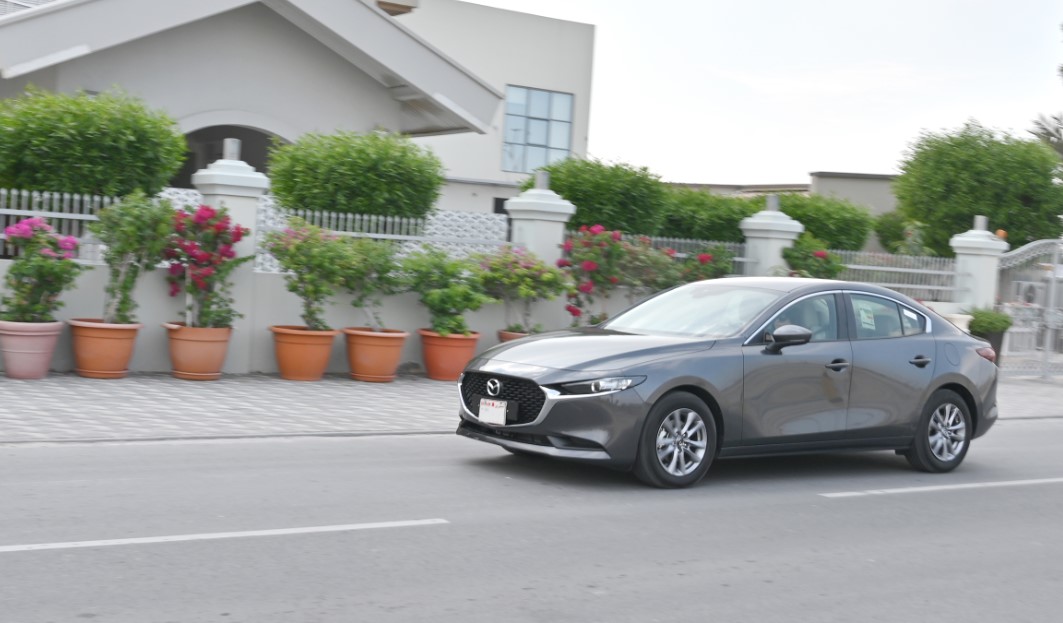