Mighty Mazda will be celebrating its 100th anniversary tomorrow and devoted drivers of the Japanese marquees have been sharing their adoration of the brand to mark the occasion.

The popular make wouldn’t have become what it is today if it wasn’t for Jujiro Matsuda and his determination to succeed.

The Mazda Motor Corporation was founded by Jujiro and while he spent his early years in an environment that was far from peaceful, he was still driven by a passion to manufacture and create.

He was born in 1875 in Hiroshima as the youngest of 12 siblings and was unable to attend school. He moved to Osaka at 13 to work and live with a blacksmith. It was during his tenure that he realised that he wanted to dedicate his life to the machine industry.

He began to work with different factories including shipyards and arsenalsand would use his work breaks to visit other factories to continue his learning process.

Jujiro founded “Matsuda Seisakusho” in Osaka at age 31 by renting a tiny, 33sqm cowshed. His business didn’t go as planned and there several obstacles.

He studied existing products by breaking them down into pieces, made some modifications and introduced “the Exclusive Patented Matsuda Pump”.

In 1918, in his mid-40s, he went back to Hiroshima and founded “Hiroshima Matsuda Seisakusho”. His name preceded him and he was respected as a successful business person.

Two years later, he joined ailing Toyo Cork Kogyo Co and while the company was not doing well, he decided to bring it back to life. He came up with new product ideas, including manufacturing of compressed cork board. After being appointed president of Toyo Cork Kogyo, he struggled to produce a new cork product that could be used as a thermal insulating and shock absorption material. The new product’s success helped the company to get back on track.

The company’s success was short lived because in 1925, the entire factory was destroyed by fire and he was distraught by the loss of employees during the blaze. Yet he was determined to rebuild the company by shifting business to what he excelled at – the machine industry, with a motto “lifetime dedication to a single business”. To showcase his determination, he renamed the company Toyo Kogyo Co.

The Great Kanto Earthquake of 1923 turned public attention to automobile as a means of transportation and Jujiro found a business opportunity in three-wheeled truck manufacturing.

It was cheaper than the four-wheeled automobile so he focused on three-wheeled trucks. He said: “This will improve the quality of people’s lives and the development of my country. It was a word “faith” that kept me going at what I was most passionate about.”

While other domestic manufacturers relied on overseas-manufactured engines and other key parts, Jujiro insisted on in-house manufacturing of as many parts as possible and devoted his time and attention to research and development with engineers.

The name “MAZDA” began to be used around this time and the rest is history.

People such as Australian Brett McAlister and Canadian Judy Laviolette are elated over their cars and appreciate Jujiro’s determination to never give up.

Brett, who has an RX-7 FB, wanted one ever since he was a child.

He said: “When I was 11, I was lucky enough to see the Mazda RX-7 being driven by an Australian racing legend and it was the best looking car I’d ever seen. One year later, my uncle and aunt purchased the RX-7. When they said they were taking me out for drives, I was over the moon. I felt like a king.

“After getting a driver’s license, I purchased a Mazda RX-4 and at the same time, I began an apprenticeship for the Maz Engine Company where I learned to rebuild rotary engines. The skills I learned led me to become an engineer for the Mazda Australia racing team and eventually a navigator in an RX-7 SP.

“In 2012, I finally purchased a Mazda RX-7 and carefully restored to its shining glory. My RX-7 would make the Australian racing legend proud.”

Judy has a CX-5 which she finds as reliable and great for long trips. She said: “I spent the winter of 2018 in Florida with my partner. From our residence in Quebec, we hopped into the Mazda CX-5 and travelled 3,000km in three days. What I love about my CX-5 is that it is so practical; you can take everything you need for four months with you.

“The CX-5 is our 15th Mazda. Our first Mazda was a red 1988 Mazda323 station wagon. We’ve owned two B2000s, three MPVs, two Proteges, one Mazda5 and one Tribute. Of the many Mazdas we owned, the flamboyant green Mazda2 continues to be my absolute favourite.

“My most memorable expedition was driving our first CX-5 purchased in January 2014 for 15,000km over 65 days. During the long drives on the highways, I played the ukulele and we sang Beatles songs together.” 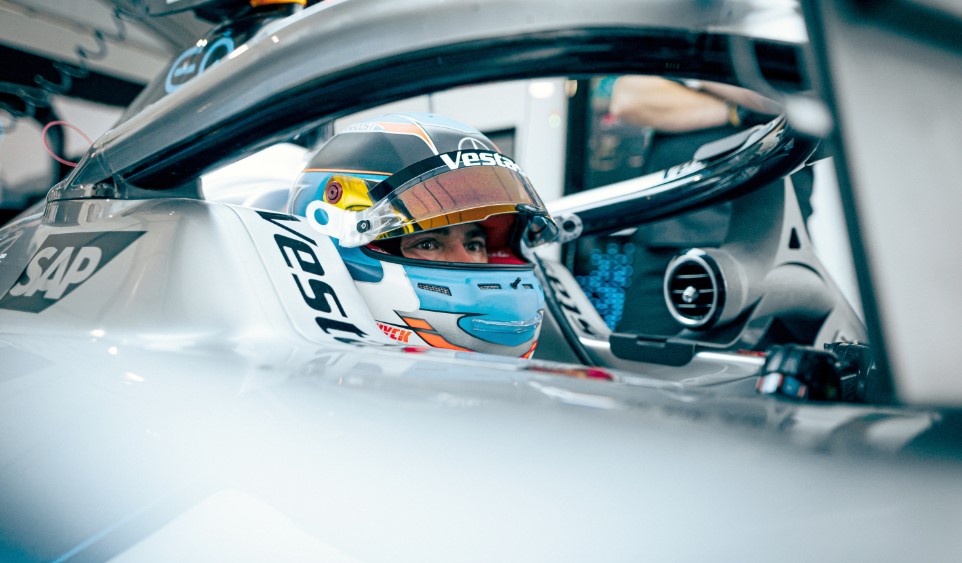