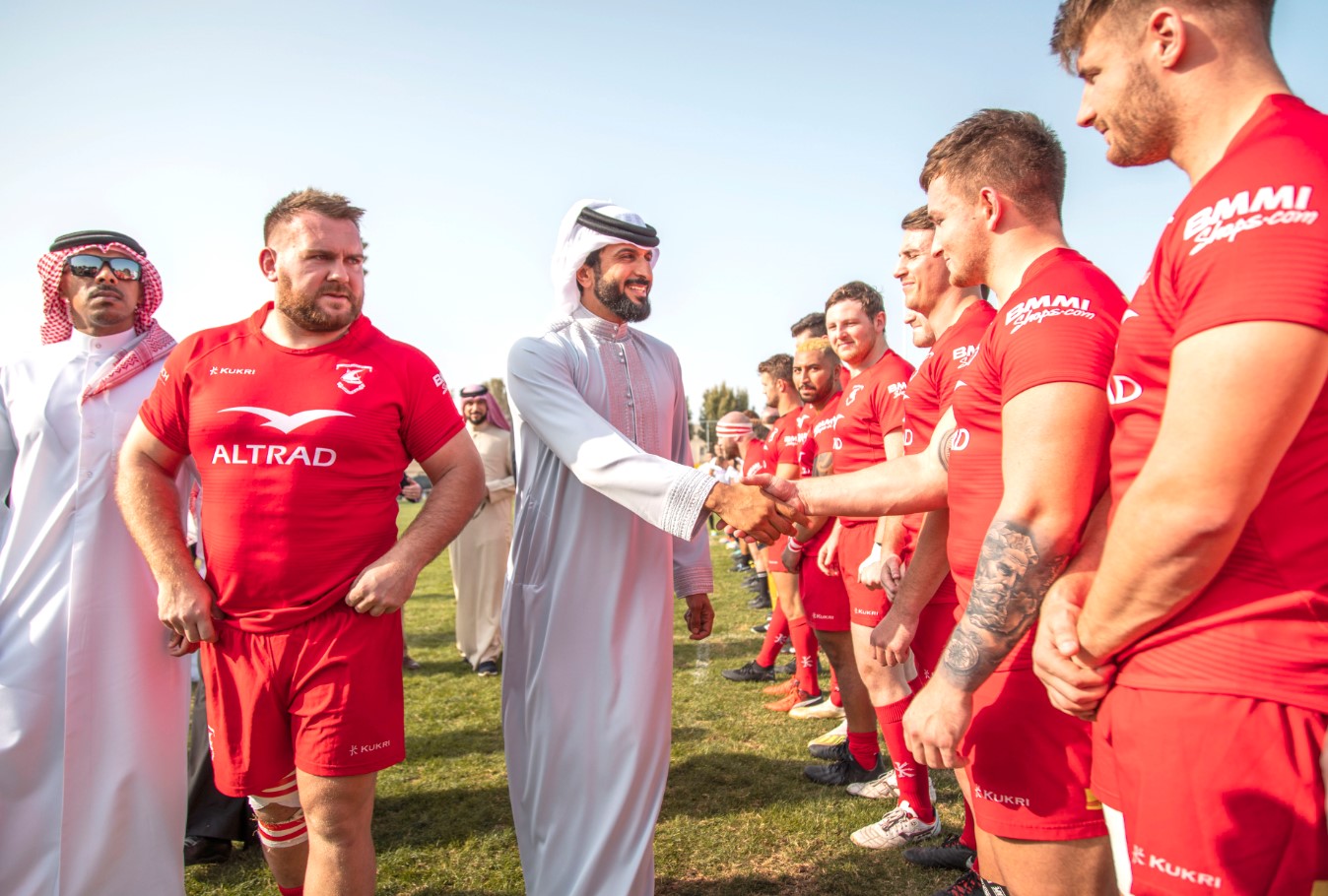 The event, which was attended by His Highness Shaikh Nasser bin Hamad Al-Khalifa, His Majesty the King’s Representative for Charity Works and Youth Affairs, National Security Advisor and Supreme Council for Youth and Sports Affairs (SCYS) Chairman along with the Minister of Youth and Sport Affairs Ayman Tawfiq Almoayyad and British Ambassador to Bahrain Roderick Drummond, drew a large crowd and raucous roars every time the boys in red got close to their end zone.

Centre Jack Phillips scored two tries while backrow Aled Morris, backrow Jordan Viggers and scrum half/full back Steven Komene each nabbed a try. Fly half Ross Preedy brought it home with four conversions and two penalties, with fly half/full back Leon Mauer adding another conversion to the score board.

The victory nearly cements Bahrain’s spot in the finals as the team has had a near perfect season, winning nine of its 10 matches and sitting comfortably at the top of the league with 46 points, with the Dubai Exiles sitting in second with a distant 34 points. The team’s singular loss this season was early on at the hands of the Dubai Exiles during an away game, making Saturday’s game monumental as the team looks ahead to playing in the finals on March 27.

Ambassador Drummond said: “It was a great afternoon with a strong finish to the season. It looks like we could make it to the finals again at the end of March and defend our title championship from last year. Great spirit and good support from the crowd and it was great to see Shaikh Nasser and the Minister of Youth and Sport Affairs here supporting the team and the club.”

In the meantime, the team faces off at home against the Abu Dhabi Harlequins on February 28 and the Jebel Ali Dragons on March 6.