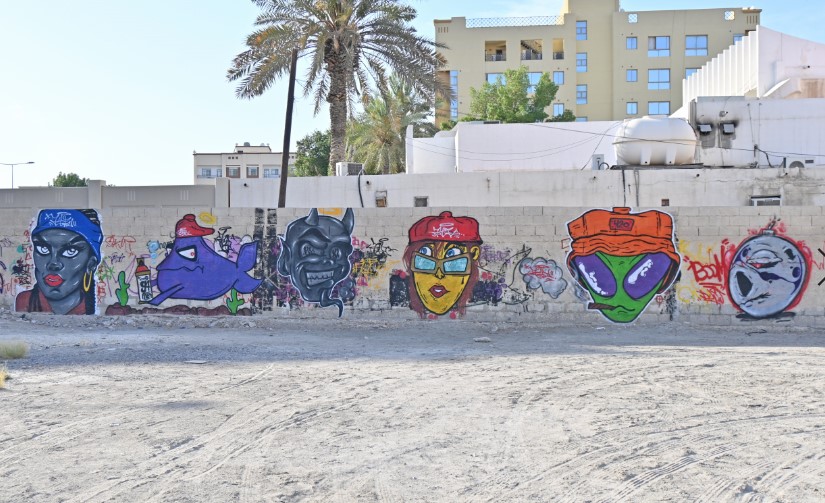 With Bahrain continuing its battle against the Covid-19 coronavirus with several social distancing restrictions, there is one group showing their solidarity, for whom facial protection has always been part of the uniform: graffiti artists.

In particular, Aref Mohammed Guloom, better known by his street tag “Ayfu” has collaborated with the island’s first female graffiti artist Samar Bushehri to tag one of the walls in Adliya’s popular Block 338 to create a simple message of safety and solidarity: “B-Safe”.

Ayfu, who has been tagging for the last eight years across the island and the world, told GulfWeekly in an interview: “Under the current circumstances, it has been interesting to see how the streets have been empty and this pandemic has pushed us all inside. So, inspired by this, I was thinking of doing a piece, at first, alone.

“But I like collaborating with others. And I had met Samar at Andalus Garden when she was doing a piece. I found her work to be quite intriguing, so I thought it’d be great to collaborate on this piece. I decided to do the character and she did the letters. It was our first team-up, the first of many, we hope.”

While many graffiti artists like to work alone, some because of the risqué nature of the art and others because of the desire to be able to execute on their individual vision, Ayfu has always enjoyed working with others.

The 25-year-old grew up as part of the underground hip hop sub-culture in Bahrain, which found its cultural centre near the Funland Centre in Juffair. When hanging out with friends there, he was first drawn to the music and dance of the hip hop movement and became a break-dancer, known colloquially as a “b-boy.”

He added: “I really have my mom to thank for bringing me into the hip hop world. I used to be a gymnast and when I saw the break-dancers flipping about, I was fascinated by it and started to emulate them. This is also around the time that hip hop really came to Bahrain and we all started to learn more about the culture.”

Aref had been drawing since he was ten, trained by his father, Mohammed Guloom and encouraged by his mom, Layla. It was a few years later, when he turned 17, that he started to get into the third aspect of the hip hop sub-culture: graffiti art.

After he watched a movie in which he saw some of the graffiti popularised as part of the United States’ golden era of hip hop, he decided to start his own black book of designs, which he finally put to the wall during his teenage years.

Today, he has developed his own unique style with a particularly signature way of showing eyes. He has tagged all over Bahrain, with the approval and encouragement of the property owners.

He has also made tagging part of his travel as he has roamed the region and around the world.

He explained: “When I got married last year and we decided to visit Thailand for our honeymoon, I was so taken by the beautiful street art they have. I wanted to add my own mark. I tried to get in touch with some of the artists and had little success until the very last day.

“I finally got to meet up with an artist who sold me some cans (of paint) and we decided to go out and do a piece. It was incredible. I have also tagged in Amsterdam, Saudi Arabia and UAE so far. Whenever I travel, I like to leave a little piece of art behind to remember the place.”

He credits his supportive wife Sarah, who is also an artist and the work he has done with various taggers around the world for all that he has learned so quickly, from a unique voice and artistic expression to advanced shading techniques. Incidentally, he had first met Sarah at Funland centre before reconnecting with her a few years later.

As for what’s next, he is hoping to bring together a rag-tag group of graffiti artists, under the crew tag “ATK” which stands for “Art Tag Krew” and one day, open his own graffiti supplies shop and promote street art in Bahrain. 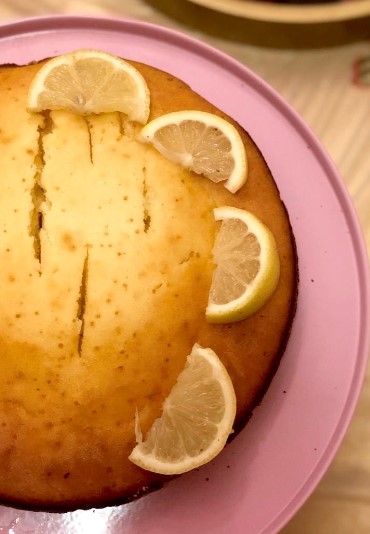 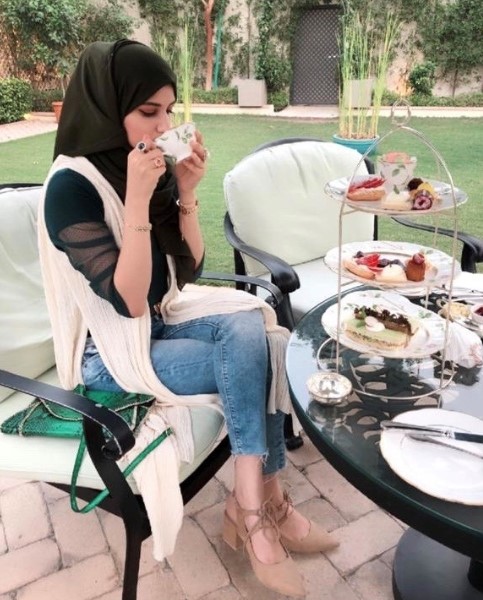 Cooking up a connection