If the Championship playoff final is the “richest game in football” then perhaps those missing out in the relegation battle are the biggest losers in football as far as monetary considerations are concerned.

The rescheduling of the fixture list allows for a unique comparison as the relegation battle was decided on the same weekend that clubs took the first steps towards the Premier League.

The Championship playoff is claimed to be valued at approximately £170 million. Billions of pounds of revenues generated from lucrative television deals are shared amongst participants based on a variety of criteria although that is the minimum that clubs will earn.

For those relegated, there are “parachute payments” designed to ensure a soft landing. This concept was first introduced in 2006 and was given an overhaul in 2016. Teams are able to benefit for up to three years (two if relegated after their first season). In the first year the payment is equivalent to 55 per cent of the basic amount (excluding positional and other increments) that each Premier League team receives and reduces from there. However, this still provides clubs with a significant advantage over other sides in the Championship.

Aston Villa manager, Dean Smith, who orchestrated survival on the final day thanks to their first four-match unbeaten spell of the season, claimed that remaining in the Premier League meant more than getting there in the first place!

There is good reason for this as there are only seven teams that have managed to maintain their status over the last decade.

Nottingham Forest was the first team relegated from the Premier League in 1993 and over the next few years became a “yoyo team”, bouncing backwards and forward between the two divisions. They have failed to return since 1999.

Derby County has the lowest points total in Premier League history while Swindon Town hold the record for the most goals conceded with 100 in a single campaign.

The Championship and even League One is littered with clubs that have tasted the honey on offer amongst the elite yet have been sucking on lemons ever since.

As the money on offer has increased, it has become harder for clubs to make it to the promised land – or even stay in the Championship.

Sunderland (relegated from the Premier League in 2017) will be joined in League One next season by Hull who was relegated with them in 2017. Also, there will be Blackpool (relegated in 2011) although Bolton (2012) drop even further. They will be rubbing shoulders with the MK Dons (formed in 2004) and Accrington Stanley.

One of the most spectacular relegations on record is that of the once-mighty Middlesbrough. After finishing mid table in 1996, manager Bryan Robson secured the star signings of Ravanelli and Emerson. Thanks to 31 goals from the Italian known as “the White Feather” they reached the final of both the FA and League Cup although were relegated after receiving a points deduction for illegally postponing a fixture.

Norwich City becomes the first team to drop to the Championship five times. Teemu Pukki scored plenty in the early weeks of their campaign but the goals dried up. He will be a handful in the lower division if they can retain him.

In a remarkable twist of fate, the three teams relegated are those that were promoted together in 2015.

While Norwich has bounced previously, Watford and Bournemouth have been ever-present since.

Newly-promoted Aston Villa had the largest net-spend of £145m bringing in 12 of these while the other two sides relegated on the final day spent less than a third of that.

Heading into the final day, three clubs were fighting for one place. Bournemouth secured the win that they needed but there was to be no cherry on the cake as Aston Villa’s draw at West Ham meant they were relegated. Having taken the lead through Grealish in the 84th minute, West Ham equalised within two minutes thanks to a freakish deflection from a shot by Yarmalenko.

Teams were waiting by the side of the pitch for updates from other games that would determine their fate. As results were confirmed celebrations commenced or commiserations were shared on an emotional day.

It will be no surprise that VAR got in on the act in the first minute, correctly awarding Arsenal an early penalty who went on to lead Watford by three.

Elton John is the man synonymous with Watford and you can pick any number of the Rocketman’s songs to highlight their fall from grace. I guess that’s why they call it the blues, goodbye Premier League (Yellow brick road); this train don’t stop there anymore…take your pick.

Gino Pozzo bought the club in 2012 and has sacked 10 managers in that time. Fans are quick to forget that he saved the club from administration and secured promotion, prioritising the Hornets ahead of his hometown club Udinese (to the disgust of their fans).

Troy Deeney refused to be drawn on his future with the club he has served for a decade, highlighting that while clubs may be relegated, players may still be seen in the Premier League next season.

Bournemouth is the side that I am most disappointed to see relegated although they have conceded more than 60 goals every season they have spent in the Premier League. Apart from a brief spell with Burnley nine years ago, manager Eddie Howe has been with the club since they were in the bottom tier in 2009 starting on minus 17 points. He was the inaugural winner of the Premier League manager’s award in 2015.

It’s fascinating to compare the various approaches of these relegated teams and try to guess which will return and when! 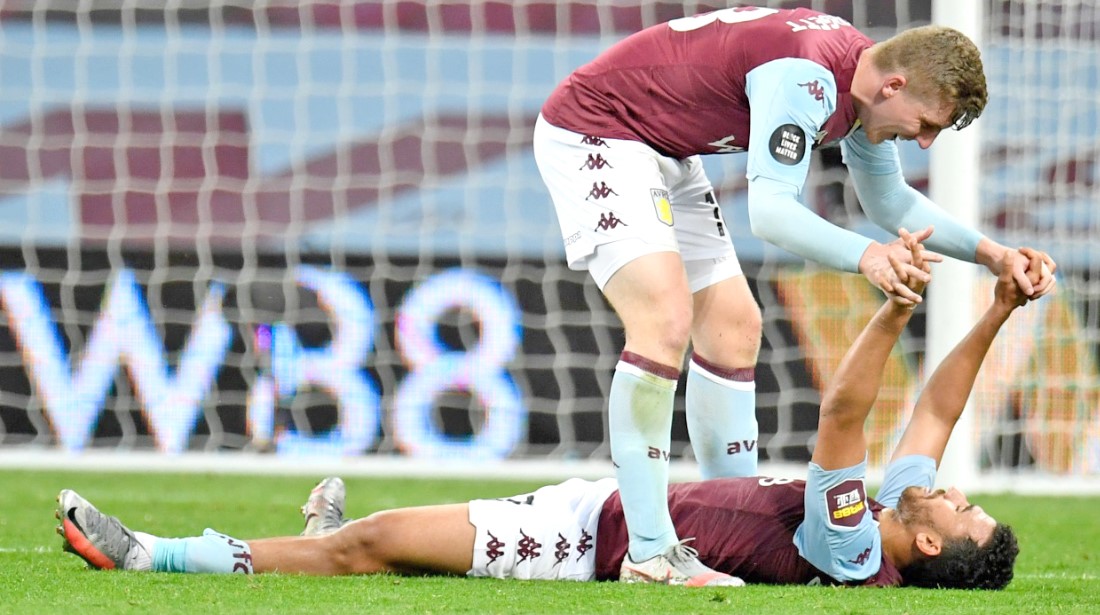