Runners and joggers from across the kingdom laced up in support of the victims of a tragic port blast in Lebanon.

The Embrace Beirut charity race was organised by the Beirut Marathon Association as a global effort to help raise funds for the Lebanese Red Cross working on the ground to help blast victims.

Lebanese May El Khalil, founder and president of the Beirut Marathon Association, said: “The blast on August 4 was traumatic, leaving the Lebanese population distressed, many homeless and without resources.

“We had to be part of the reconstruction effort and we could not stay idle. This is when the idea of a global virtual non-competitive 5km charity race came to light. It was endorsed by sporting federations and supported by runners from around the world.”

In fact, runners from 24 countries registered with a symbolic amount of $30 each and many donated more by running for the cause.

Emad Almoayed, chief of Bahrain Social Runners (BSR) and an active member of Bahrain Road Runners (BRR), who once completed the Beirut Marathon, said: “We wanted to show our friends in Beirut that we were with them and that we had not forgotten about them. We wanted to help in any way we could. That’s what friends are for.”

According to Khalifa AlNajem, an active member of BSR and a board member of BRR, 200 runners participated in both runs. The Lebanese ambassador to Bahrain, Dr Milad Nammour, attended the first run and shared his gratitude and words of encouragement before the runners and joggers set off.

Mazen Ahmed Alumran, the district governor of district 2452, also joined the run to show his support as Lebanon is one of the nine countries that falls under his wing.

The past Rotary Club of Manama president is also the one who initiated the disaster relief fund for Lebanon after the blast and said he and his team collected a ‘big chunk’ from all over the world to help aid the victims too.

Najwa, from A’ali, said: “Thinking of the blast still hurts me. I ran the marathon two years ago and wore the shirt for the Bahrain run to remind me of my time there. Lebanon is very close to my heart and the least I can do is run 5km and donate towards the cause.”

Mohammed Al-Asfoor, 47, a chemical engineer and business development artisan, from Shakhura, said: “The runs were well organised and I was very happy to participate. These events show our solidarity and support to our Lebanese brothers and sisters. Such events are always a source of spreading love, peace and tolerance.”

May, who won the Laureus World Sports Academy Lifetime achievement award in Abu Dhabi and was decorated by Lebanese President Michel Suleiman with the National Order of the Cedar, thanked Bahrain for its support.

She said: “I reached out to all our friends across the globe when we launched our campaign and I was agreeably surprised to see that Bahrain did not hesitate for one second to jump onboard and partake in our fundraising journey.

“It was definitely heartwarming to see. Many underestimate the power of sport to create real changes in society.

“It has become more critical than ever to remind people of what is good and what is important, for peacemaking is not a sprint, but more of a marathon.

“Change starts from within. We cannot expect any major changes to happen overnight. Strength, stamina and resolve are needed to finish long runs and the human spirit is capable of great things.” 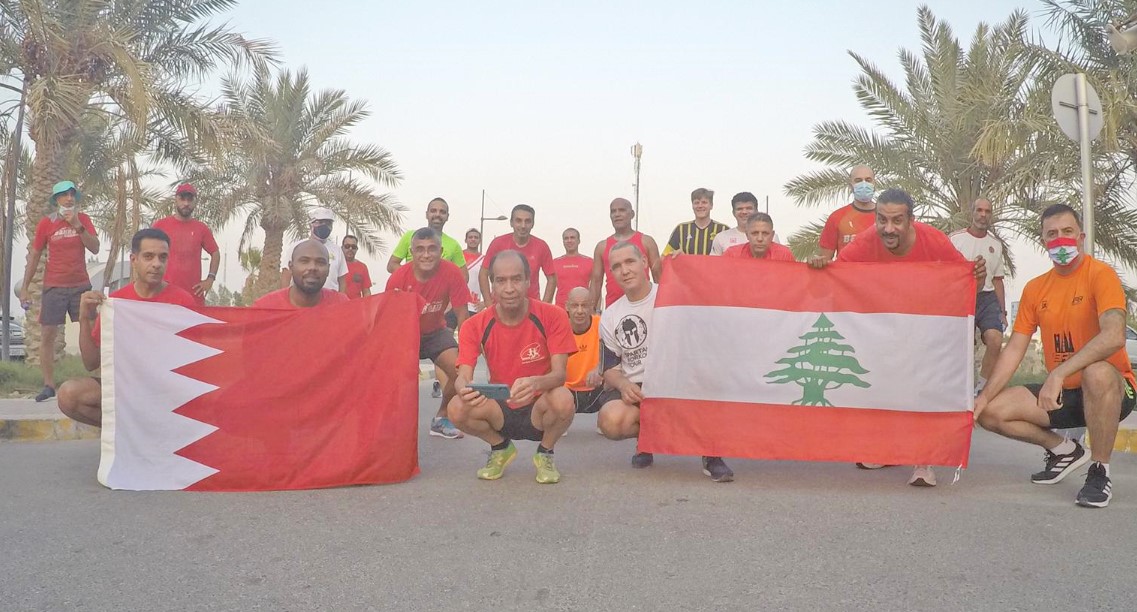