One of the kingdom’s popular food bloggers whisked a Bahraini chef on a culinary adventure and captured it all on film.

She hopes to turn the scrumptious scavenger hunt into a TV series showcasing the tasty treasures of Bahrain.

Dona Maria Gemayel, known on Instagram as Bahrain Foodie, set up a series of riddles for her food-loving friend, Hessa Humood Al Khalifa, to solve that will take her on several yummy trips across the island.

“The aim behind the Food Hunt is to provide a fun outlook on the culinary scene in Bahrain with a game show kind of vibe,” said the 30-year-old Lebanese teacher, food consultant and critic from Zinj.

“I’m hoping to expand the food hunt and turn it into a TV show or YouTube series.”

She was inspired to create the Food Hunt from a past visit to the Austrian capital of Vienna.

“I had signed up with an app that took me on a scavenger hunt to explore and discover the history of the city,” she said. “It was such a marvellous experience and I thought I should create a hunt that showcases the food in Bahrain.

“We have so many amazing restaurants and eateries as well as hotspots people might not know about. And, Bahrain offers all types of cuisines!”

Dona Maria, who studied science and cooking from Harvard University as well as food chemistry and English at Cambridge University, chose Hessa, known on Instagram as Curiously Hungry, to be featured in her four differently-themed food episodes.

The ladies devoured an array of dishes and desserts including sushi and gelato with themes such as From Leb to Philly and The Italian Samurai.

“I chose Hessa to be in the first edition because she’s inquisitive by nature; she’s a doer,” explained Dona Maria who also graduated with a teacher’s degree from Cambridge University.

“She had to solve four riddles and the answer to each riddle is the name of a restaurant where she has to visit and try a dish or beverage of my choosing. After enjoying her meal, the restaurant will hand her the consequent riddle that leads her to the next destination. Hessa did the same for me.”

Hessa is a classically-trained chef from Le Cordon Bleu Paris and she graduated from the Sorbonne University Abu Dhabi. She worked for Bahrain Authority for Culture and Antiquities for three-and-a-half years and one of her major accomplishments was being on the inaugural team of Food is Culture.

Hessa, 33, from Riffa, said: “The Food Hunt was so much fun and I wish a real Food Hunt trivia game would exist in Bahrain as an activity.

“I want to thank Dona Maria for her hard work at showcasing the best that Bahrain has to offer. Also, Dona Maria is brave to actually help restaurants achieve their full potential by pointing out, quite objectively, the areas they need to improve in.

“I say ‘brave’ because many establishments here take a defensive stance against any sort of criticism; even the constructive kind.

“That is one of the key things that aids in quality control and overall excellence in what you produce as a business.

“Hospitality and the food and beverage industry is being hit hard this year so there’s no more room for sugarcoating. Either the food scene improves or the economic downturn will eventually sideline your business.

“I am a chef, food writer and an eternal optimist; so my position forces me into somewhat of a neutral zone. I commend Dona for stepping into a real food critic’s role. We need transparency.

“The petri dish that is the food and beverage industry in Bahrain requires there to be chefs, entrepreneurs, investors, food enthusiasts and food critics. It’s a microcosm that needs every element in order to sustain some form of equilibrium in this new and uncertain age we are entering.”

The journeys have been completed and posted on Dona Maria and Hessa’s Instagram accounts @bahrainfoodie and @curiouslyhungry as well as on IGTV. 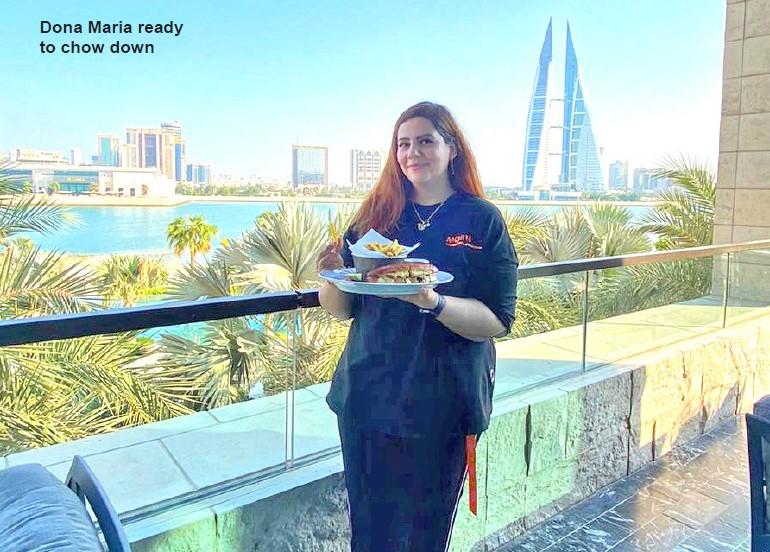 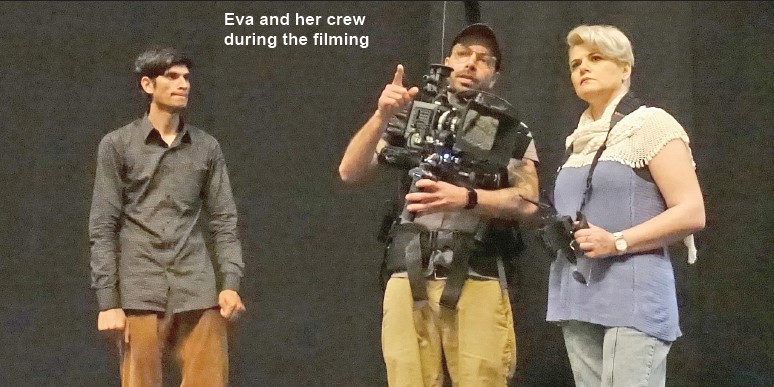