One of Bahrain’s favourite monsters embarked on a tour across the island, escorted by his creator, writes Naman Arora.

To celebrate the Karak Monster’s availability to the masses, Abdulla BinHindi, his wife Noora, and photographer friend Mohammed Saffy visited 30 locations across the kingdom to treat media, and influencers to some karak tea, giveaways and a look at the new and rejuvenated Karak Monster.

During the summer, GulfWeekly reported on Abdulla’s Tasty Terrors collection, a set of 3D-printed toys, inspired by local culinary favourites and designed by the young Bahraini artist and architect.

The story proved to be quite popular amongst our readers, one of whom, Shaikh Khalid bin Ahmed Al Khalifa, advisor to His Majesty the King for diplomatic affairs and the kingdom’s former minister of foreign affairs, shared it on Twitter and then invited Abdulla over to get a closer look at his creations.

“I was not expecting to get a response from Shaikh Khalid so it came as a surprise and even led to me presenting him with the Hamoor toy!” Abdulla told us, over a cup of steaming Karak tea.

“He enjoyed the idea and the toys designed. It was a fun visit and a great conversation!”

The Karak Monster, designed and 3D-printed by Abdulla BinHindi, has quickly become one of the 26-year-old artist’s most popular creations, following closely behind Hamoor (which colloquially also translates to ‘the big shot’) the hammour.

The ‘tea-riffying’ new Karak monster comes in a minimalistic package and an upgraded finish, looking more like a new iPhone than a toy. It is the latest offering by Toyio, Abdulla’s fledgling designer toy-making business.

It is now available for pre-order and the tour was an innovative way to give people a look while respecting current social distancing guidelines to prevent the spread of the Covid-19 virus.

Abdulla has been adding to his portfolio a new collection of ‘Bulbies’, which began with the idea of ‘making our favourite animals even cuter, by making them rounder chubbier and more bulbous’.

As for what’s next, Abdulla enigmatically responded, before whizzing off to his next tour stop: “I hope to keep producing more toys and posting other ideas as they come to mind, while I bring Karak Monster and Hamoor to more people.” 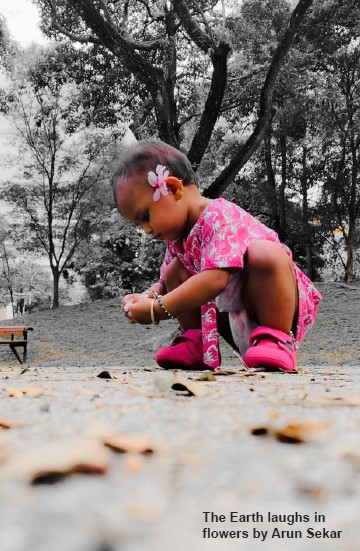