A big-hearted Bahraini teenager has been using his video-producing talents to raise funds for the victims of the tragic port blast in Beirut.

Taqi Yassir Taqi Albaharna has so far donated more than BD1,000 to the Bahrain Red Crescent Society (BRCS) to support those still suffering after the explosion on August 4 destroyed their homes.

The St Christopher’s School student was accompanied by his parents Yassir, who works in reinsurance, and Nancy, a regional manager, to hand over the funds at the society’s headquarters in the Diplomatic Area.

“I came up with the idea after witnessing the devastating explosion that wiped out buildings in areas near the port of Beirut,” said the 13-year-old from Saar, who has dreams of becoming a lawyer. “I felt completely helpless.

“I wanted to be in Beirut helping in any way I could but that was never an option so the plan to raise money to send to Lebanon was the next best thing.

“Witnessing the distress that the people of Lebanon were suffering pushed me on. Lebanon was bleeding and I had to do something. Age does not restrict a person from doing something good for society.”

The disastrous explosion had left more than 200 people killed, around 6,500 injured and more than 300,000 people roaming the streets homeless.

To support the victims, Taqi set up a social media account to spread awareness and encourage family, friends, classmates and others to back his initiative.

He said: “I produced multiple videos, each showing something related to the Beirut’s port explosion such as the destruction it had left behind, and a tribute video towards the victims, to name but a few.”

He plans to continue spreading the word in the weeks and months to come.

Since the devastation occurred, the BRCS’s total donations for the Lebanese Red Cross have reached $200,000 and the society has also launched the Bahrain Relief Beirut campaign.

This initiative is dedicated to collecting donations aimed at providing as much medical, health and psychological support as possible. 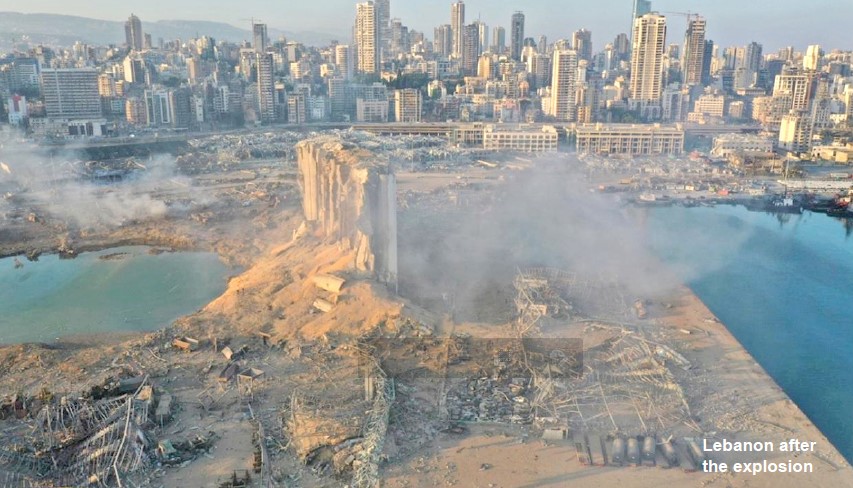