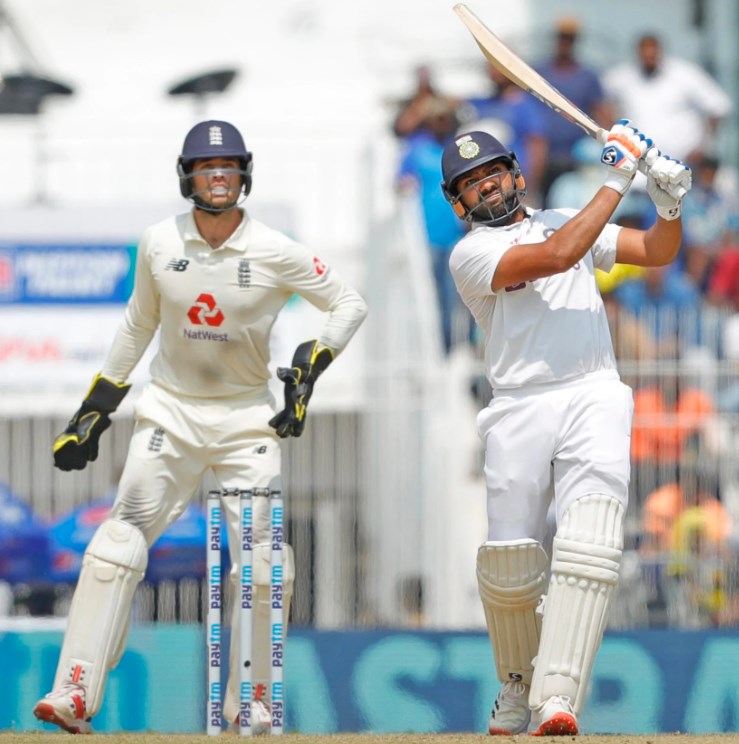 Cricket is high on the agenda and a Test-match series involving India always has keyboards humming.

The level of spin extracted and the manner in which the ball broke through the surface during the first two Test matches between India and England in Chennai has led some expatriates in Bahrain to claim that it is not fit to host a game of this magnitude.

Defenders of the groundstaff will point to opener Rohit Sharma’s magnificent century although he rode his luck on multiple occasions. However, England were given a stark reminder of the challenge of touring India with its dusty pitch already showing sharp turn and some uneven bounce.

This has seen the argument return about the extent to which teams should be permitted to doctor pitches to their own needs and skills. Of course, this is an age-old debate.

The West Indies feared pacemen including ‘Whispering death’ Michael Holding, Malcolm Marshall, Curtley Ambrose and Joel Garner were never going to be asked to bowl on a slow turner. Similarly, with Muralitharan and Mendis to call upon Sri Lanka was hardly likely to produce a lifeless wicket.

With Shane Warne in the side Australia was far more willing to prepare wickets that deteriorated on the third day.

Typically wet and windy conditions in Auckland or Manchester generate generations of fast bowlers. Of course this, in turn, develops national mind-frames and skillsets. It would be surprising if any of England’s current spin options would make it into a 50-man development squad in India.

Ironically, income to cricket from increased viewer levels (both on TV and in the stadium) has played a part in neutralising one-sided home cricketing conditions. The need to facilitate games that finish on the fourth or (better still) fifth day has increased to maximise revenues. Simply put, the quicker the result, the less money is earned!

Such arguments can develop even within a country. England’s county championship introduced an ‘uncontested toss’ allowing the visiting side to choose to bat or bowl. This arose from arguments that counties were producing unfair wickets. Ironically, this has now been scrapped in favour of penalising sides simply for producing poor pitches as the difference was intangible.

Historical comparisons between successful touring nations is complicated as neutral Test umpires were only introduced in 1994 (one per Test) while in 2002 this was increased to include both ends. Unsurprisingly, a Harvard review conducted in 2018 found that neutral umpires reduced the number of erroneous decisions made against a touring team while also treating the home side less leniently (by as much as 30 per cent).

The Pandora’s box of neutral umpires has also unfortunately come to the fore in this Test.

Three controversial and incorrect Third Umpire reviews has renewed the importance of impartiality, although given this is Anil Chaudhary’s first ‘day on the job’ perhaps he can be forgiven the odd error. His decisions are unlikely to have affected the outcome of this match.

Jack Leach, one of the England bowlers that would have benefitted from an additional wicket, likened these decisions to football’s VAR. Paul Collingwood, England’s assistant coach simply questioned the host nation’s camera operators, Star Sports’ inability to provide Chaudhary with sufficient TV footage for the first stumping decision.

It is a little unfair to judge India’s groundsmen on this one Test.  England proved on the first that they can win on a turning wicket if they win the toss. India won the toss this time. These are also unusual times. Before Covid-19, fixtures would never be played on the same ground twice in succession. For safety and logistical reasons this is the new normal.  Wickets can be temperamental at the best of times yet to play on one that has been exposed and played on (indirectly) the week before means some leeway has to be given.

The pandemic has changed much in the world. Even the flawed means of determining the finalists has been adversely distorted by the decision made by the ICC’s Executive Committee to make calculations based on a percentage basis in a myopic attempt to balance the effects of Covid-19.

Of course, all this discussion about tailored wickets falls a little, well, flat, here in Bahrain. Exclusively forced to play on concrete based astro-turfed wickets it is the only country in the GCC without natural turf. It’s a fact not lost on Bahrain’s national coach and game development manager, Azeem Ul Haque, who told GulfWeekly he believes it places Bahrain teams at a huge disadvantage while playing overseas. This is one of the reasons that Cricket Bahrain last week hosted an ICC Curator’s Workshop with plans underway to introduce the first turf pitch to the kingdom.

This will be vitally important to the future performance of national sides participating in international competition. Ul Haque added: “Every player growing up in a different cricketing culture automatically mentally and physically - through muscle memory - adapts to those conditions”.

Yet, as Ul Haque points out, ‘different conditions and varying styles demonstrate the ability of the individual and the team to adapt and cope’.

“That’s the beauty of cricket,” he said.