Bahraini weightlifter Eman Shakeeb, who powered through the end of 2021 racking up one medal after the other, aims to raise the bar higher this year.

The 28-year-old athlete brought joy to the kingdom as she bagged three gold medals in the Arab Weightlifting Championship in Irbil, Iraq in December alongside her national weightlifting teammates.

“I am very happy and humbled over this victory,” said Shakeeb, an Interior Ministry employee who has been weightlifting since 2018.

“The joy I feel is indescribable; being at a regional competition and representing my country is something that I never thought I’d experience.”

In Olympic weightlifting, which has been contested in every Summer Olympic Games since 1920, there are specific ways of lifting the barbell overhead - the snatch and the clean and jerk.

The clean and press, wherein a clean is followed by an overhead press, was formerly a competition lift, but was discontinued due to difficulties in judging proper form.

Each weightlifter gets three attempts at both the snatch and the clean and jerk, with snatch attempts being done first.

An athlete’s score is the combined total of the highest successfully-lifted weight in kilograms for each lift. That lifted weight is called the Sinclair total.

Shakeeb competed in the 55kg class where she placed a heaviest snatch as well as the clean and jerk among the lifters from around the GCC. She also achieved an overall placement as well.

She prepped for the competition through a remote training programme with US coach Rob Ronan from Austin Barbell Team Texas.

She hopes her victory will rally more females to the sport and advises others to practise before progressing to training.

“Weightlifting is like learning to play the guitar,” she said. “It takes time to fine-tune and find your groove. Be as consistent as you can possibly be. Practice patience; establish good habits and you will develop into a confident and competent lifter.

“Currently we are only five women representing the Bahraini weightlifting team and we are always looking for more athletes.”

Her teammate, Aisha Abdulqader, also clinched three gold medals in the championship with Shakeeb, outclassing her opponents in the 49kg women’s public category.

Shakeeb started taking the sport religiously in March last year after competing, for the first time, in the Strong Week.

“I placed third and that was a big leap for me,” said Shakeeb who is inspired daily by Yazmine Stevens, a Maltese weightlifting athlete.

She also came second in the same week in the powerlifting category. She celebrated National Day by participating in the National Day Weightlifting and Powerlifting Championship.

She came third in the weightlifting category and second in powerlifting as well.

Now she is preparing for her next feat.

“This victory has truly helped me develop a positive outlook, recognise my talents and hard-earned skills, and see how they played a part in my success,” she added. “I have to apply this learning in my future challenges and create more wins.” 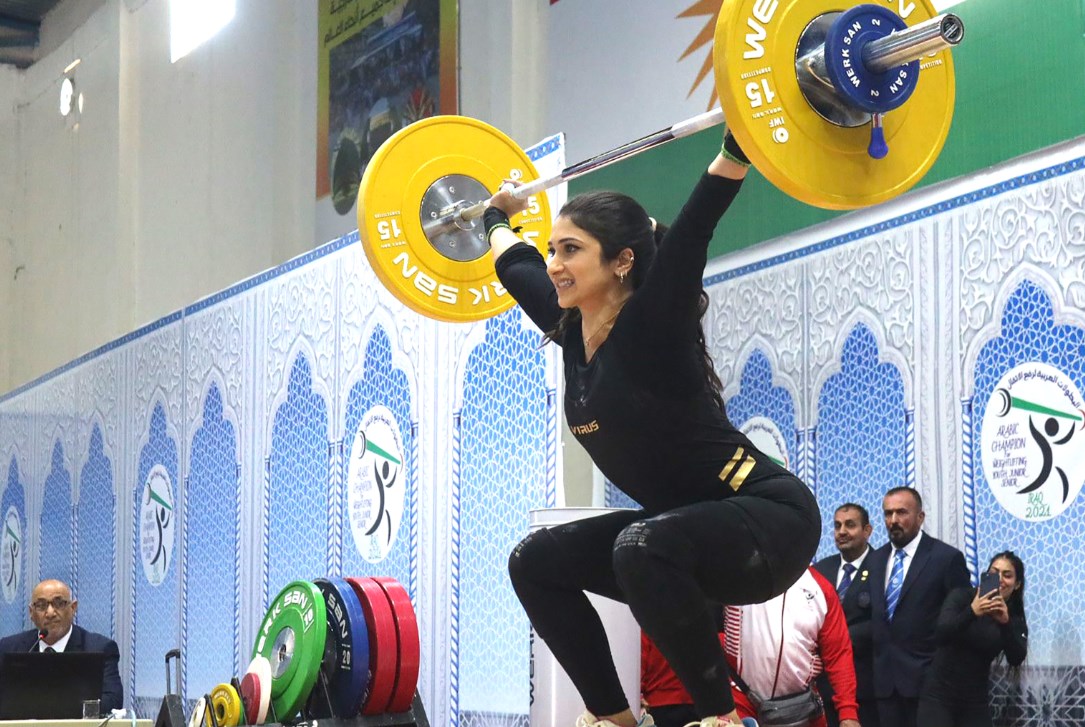