Symphonic sisters Haya and Layan Al Hamad made history last weekend when they became the first young female pianists to represent Bahrain on a global stage and perform at the award ceremony for the prestigious Unesco King Hamad Bin Isa Al Khalifa Prize for the Use of ICT in Education, at the Unesco headquarters in Paris.

Bahrainis Haya, 12, and Layan, nine, performed a three-minute dulcet duet of Valse Sentimentale, as composed by Catherine Rollin, before the first in-person ceremony for the award ceremony since the start of the Covid-19 pandemic got underway.

“We were contacted three weeks ago by the Education Ministry and are deeply honoured that Haya and Layan got this opportunity to represent Bahrain’s pianists,” the girls’ mother Hind Kamal told GulfWeekly after the performance.

Layan and Haya were contacted three weeks ago by the Education Ministry and chose a contemporary piece, which they had practised previously, to play on stage.

Although they picked a contemporary composition, the two have a preference for Classical music, including Bach and Mozart.

The Abdulrahman Kanoo International School students have both been learning the piano for the last five years, encouraged by their mother who studied piano for 10 years while growing up.

“We have been learning to play duets together since we started,” Haya said, during an interview after breakfast in Salzburg, Austria – the birthplace of famous Classical composer Wolfgang Amadeus Mozart – which the family is visiting as a treat for the girls’ spellbinding performance.

Layan added: “We sometimes fight over which of us gets to play the primo – the primary – and secondo – the bass – parts.

“And, sometimes, we even learn both parts individually. Ultimately, a duet is more about a synced performance, regardless of which part each of us play.”

For their Unesco performance, Haya played the primo and Layan played the secondo part.

This might be the first time the two have played on a global stage, but have been performing all over Bahrain at school music festivals.

The family credits local composer and Bahrain musical band composer Zeyad Zaiman for recognising the talent in the girls early on and encouraging them to take opportunities to showcase their musical acumen.

They both got distinction during the Russian Musical Examination recently and have performed at both the British School of Bahrain and St Christopher’s School music festivals.

And, as a cherry atop their symphonic sundae, the sisters will be opening the Bahrain Summer Festival on July 11 at 7pm at the Cultural Hall. 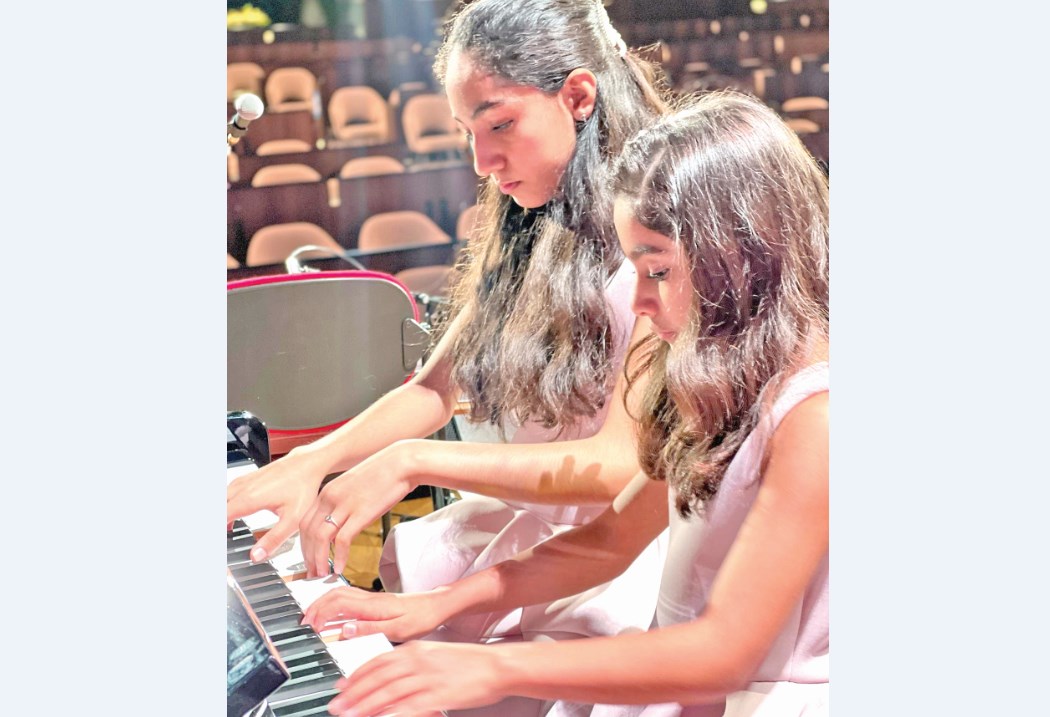