Rallying riders for a just cause

A FORMER Bahrain resident is rallying riders from around the world to cycle for a cause that is near-and-dear to his heart.

American Patrick O’Neill, who is currently living in the San Francisco Bay area, aims to hop on his bike with 100 other cyclists to Ride for Palestine on July 17 in a bid to raise funds for the non-profit, humanitarian aid organisation, Middle East Children’s Alliance’s (MECA) which supports children and families in Palestine, Iraq and Lebanon.

The Ride for Palestine will be taking place at MECA headquarters in Berkeley, California. It will consist of an 11-mile (17.7km) ride up and down the coastal trails of the San Francisco Bay, followed by a celebration featuring live Arabic music, dabkeh (the Palestinian traditional dance), games and lots of delicious food! This is the organisation’s first ride with hopes of making this fundraising event an annual affair.

“We have several people from around the world who will be joining virtually and organising their own mini Rides for Palestine,” said the organisation’s office manager/bookkeeper. “Our main goal is to provide a space for individuals to show solidarity with the children of Palestine.

“We hope to recruit at least 100 riders and to collectively raise around $50,000 (BD19,000). It’s an inspiring thing to see the solidarity people around the world have for this important cause.”

Aside from joining the actual event, O’Neill, 37, also added his own fundraising effort to reach a goal of $500 to donate to his organisation.

“Growing up in the ‘expatriate’ community of Saudi Arabia during the 1990s, there was very limited awareness and discussion about the struggles that Palestinians had been facing for decades,” said O’Neill, who has lived in the Gulf for close to 23 years, split evenly between Saudi and Bahrain.

“It wasn’t until I was in high school, when visiting the home of a dear friend, that I was given a deeper understanding of exactly what had been going on,” he added. “My friend and her mother explained not only the recent history of Palestine, but also the US’s complicity in the ongoing occupation.

“Since then, I have stood firmly in solidarity with the Palestinian cause. Contributions support MECA’s programmes and every little bit can make a huge impact on the lives of children living in Palestine and Lebanon.”

O’Neill originally planned to return to the US after completing his degree in international studies at AMA University in Bahrain, but he fell in love with the island and ended up staying for many years.

He worked for several years as an English teacher at various schools and institutes in Bahrain and then joined the non-profit sector upon returning to the US.

“When I first moved back to the US, it was important for me to remain connected to the Arab world so that I could pay tribute to the decades of hospitality and friendship I had experienced there,” he said.

“There are so many misconceptions about Palestine and the MENA region in general that it often feels like an uphill battle, but it’s a mission I’m proud to take on. So many of my friends, colleagues and mentors over the years have been members of the Palestinian diaspora and it is important that their voices are heard. If I can do anything to amplify those voices, then I make it my duty to do so.”

All funds will benefit MECA’s programmes for children, including water filtration systems for schools in Gaza, psychological support for children, university scholarships, food programmes to address childhood hunger and so much more.

O’Neill is delighted to have hit his target of $500 in less than 24 hours and upped his goal to $1,000 to raise in 21 days until the event. He currently has collected $650 and is thankful to everyone’s support.

“The most important thing you can do to support this cause is to show up in whatever capacity you are able to,” he said. “The simplest way could be to contribute to the fundraising efforts of one of our riders.

“If you would like to participate virtually, you can sign up and start a fundraiser of your own. If you can’t Ride for Palestine, then maybe you can walk, swim, dance, read, bake, or sleep for Palestine! The possibilities are endless. If that’s still more than you can do then a like, follow and share on our social media pages will go a long way in helping us spread the word.

“We are hoping to make this ride an annual event so if anyone, anywhere in the world, is interested in collaborating, please reach out and let’s make this thing big!”

Visit tinyurl.com/RideforPalestine to help O’Neill reach his target and for further details, email [email protected] or follow @RideforPalestine or @MECAforPeace on Instagram. 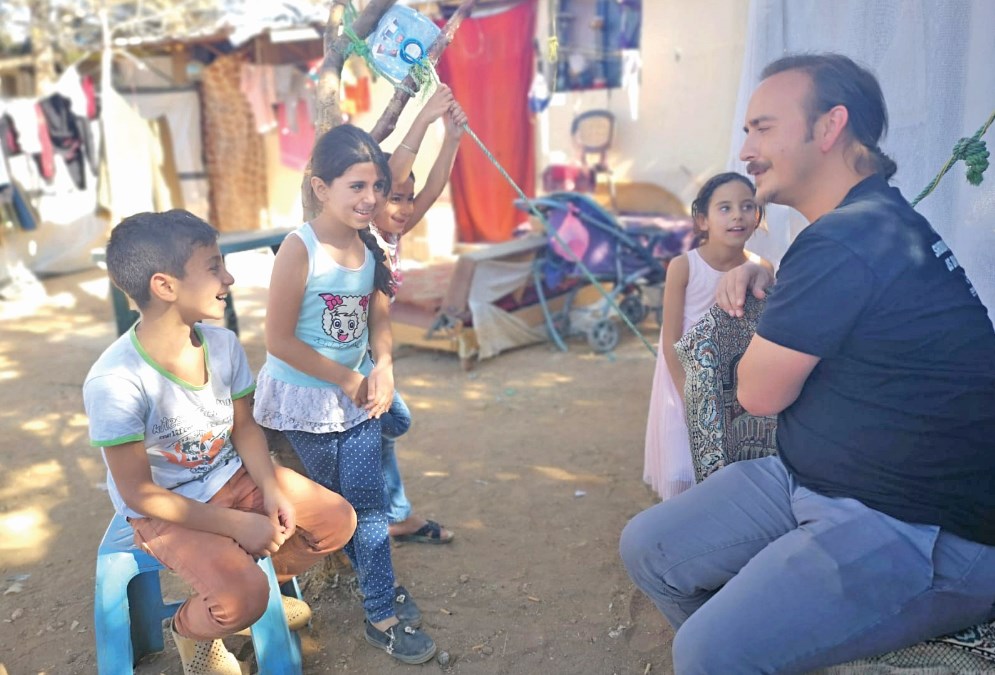 Rallying riders for a just cause