FILMS highlighting Bahrain’s culture and heritage will be screened at the Pearling Path Visitors Centre, starting tomorrow, as part of the Muharraq Nights Festival.

The event aims to encourage people to learn more about the pearling economy and culture and Pearling Path – a Unesco World Heritage Site — as well as Muharraq’s historic neighbourhoods through pop-up markets, art exhibits, films, music, workshops and tours. Visitors can admire Bahraini cinema created by filmmakers and directors such as Maryam Abdulghaffar and Khalifa Alsherooqi.

The Muharraq Nights Festival will be held from tomorrow until Saturday and then from December 8-10. Organised by the Pearling Path and the Shaikh Ebrahim bin Mohammed Al Khalifa Centre for Culture and Research, the events will be held at different venues across Muharraq - from Siyadi Majlis all the way to Qalat Bu Mahar.

Maryam’s first directorial venture Sound of Feathers will be screened at the Centre on Friday at 7pm.

The 11-minute movie, launched in Bahrain in December 2021, has already achieved 12 laurels such as the official selection in the ‘Tennessee International Indie Film Festival 2022’. It also won three awards including the Second Best First Time Director and the Best Short Documentary in the first Monthly Film Festival 2022. The movie has been screened in Brazil, the US, the UK, Saudi Arabia, the UAE and Serbia.

“The film is based on how music was created in the Gulf and how Mohammed Bin Faris came up with the Sut style, which soon became popular throughout the region,” said Maryam, a 32-year-old human resources manager at Batelco.

Mohammed Bin Faris mastered Sut music in the 1930s. This genre is a bluesy blend with a distinctive Bahraini flavour and the oud is believed to give life to the soulful lyrics of the Sut.

“We need to value our history and this film is a documentation of it because most people in the GCC think Sut music started in Kuwait. It actually started in Bahrain,” explained Maryam, a resident of Hamad Town. The Youth Ministry and the US Embassy Bahrain had selected her entry for the American Filmshowcase at the University of Cinematic Arts. The passionate photographer and film director also won the ‘Chromatic Award’ twice.

Maryam’s goal is to continue creating art and she is doing it one click at a time. Her other narrative film Why People Take Photos also received three awards and she has more than 12 films lined up.

Meanwhile, Khalifa’s 11-minute film, Ambassadors Undercover, will be screened on December 3 at 7pm.

“The film revolves around a taxi driver, an undercover ambassador, who reflects the beauty of Bahrain through the window of his small car, telling stories and events,” explained the 22-year-old University of Bahrain mass communication student from Muharraq. The photographer had joined a filmmaking programme in 2016 and this is his first documentary.

“It took a month to create the film and our team comprises six members,” said Khalifa. “Ambassadors Undercover has already been screened at the Bahrain Film Festival and Albatina Film Festival in Oman. Many people wanted to visit Bahrain after watching this film.”

Khalifa is hoping to make more films next year.

Visit pearlingpath.bh for details on movies and activities throughout the festival. 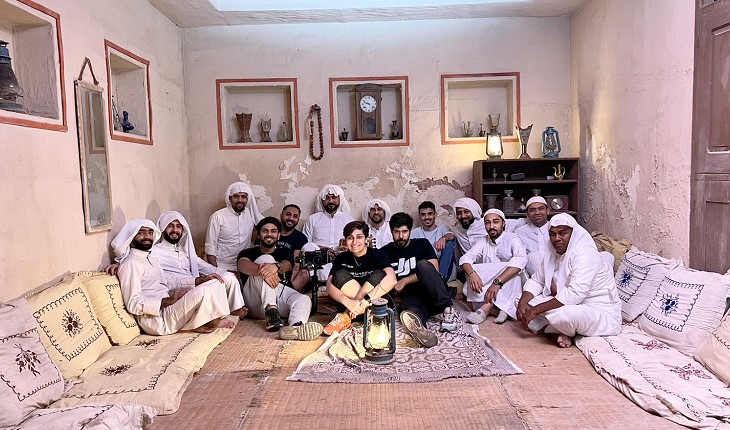