Environmental sustainability and the interdependence of humans and nature are the underlying themes of a new exhibition now open to the public at the Higher Grounds Café in Tubli, writes Naman Arora.

The exhibition was launched last weekend at The Art Space in Bahrain Bay, alongside a panel discussion by the kingdom’s young environmental activists – Dr Fay Al Khalifa, Noora Al Amer, and Esraa Alsabah – and a presentation about the evolving coastline by Dr Reem Al Mealla.

Hesham Al Ammal, Mariam Alnoaimi, and Muhammed Almubarak’s works focus on different ecosystems in the kingdom and will be on display for the next two weeks in Tubli.

Hesham’s series of analogue photographs, titled Hardboiled Wonderland, documents the transformation of our coast and beaches through land reclamation.

“In this series, I try to capture the effects of modernity and recent land reclamation work around the shores of Muharraq,” Hesham added.

“The photographs cover Busaiteen’s Alsayah, as well as Alhalat and Aldair coastal areas. I’ve chosen the medium of analogue photography due to its aesthetic quality as well as its appropriateness for the subject matter.

“The series records shifting landscapes and the relationship of the people with the newly developed areas; the distance created between island communities and the sea and the effects of modernity on the areas that were interacting previously with nature and the sea through fishing and recreation.

“The project is not just nostalgic it also addresses many social and environmental concerns, and poses questions on the effects of this rapid change on the community and the environment.”

During the panel discussion, Noora, Dr Fay and Esraa discussed the state of solar energy in the country, highlighting the two solar factories in Bahrain, while also acknowledging that high capital investment currently required to make buildings solar-friendly.

Dr Reem drew on her experience as a marine biologist to discuss how climate change and ocean acidification could lead to the devastation of the pearling industry in the kingdom. 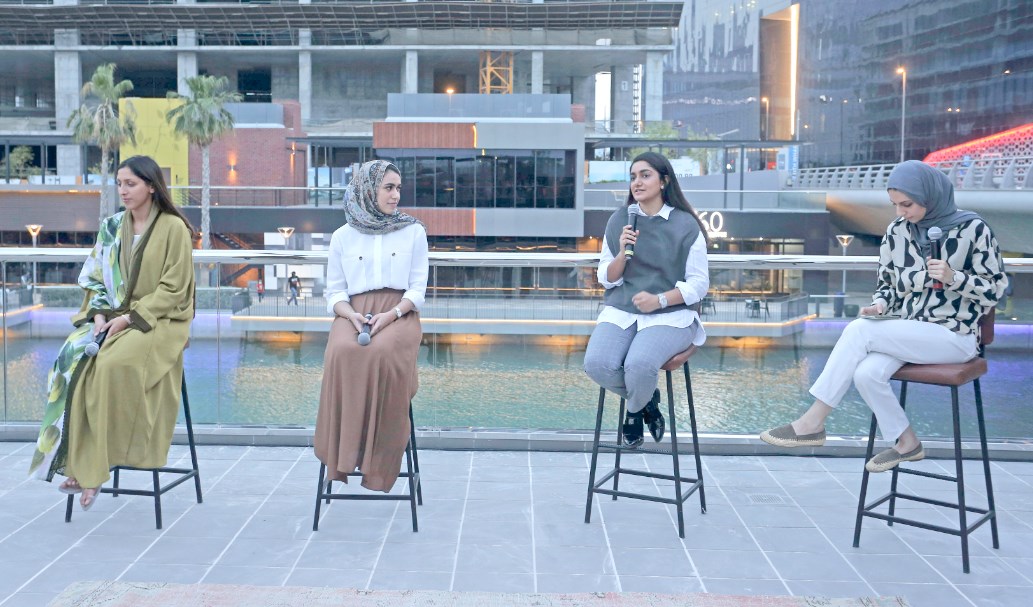 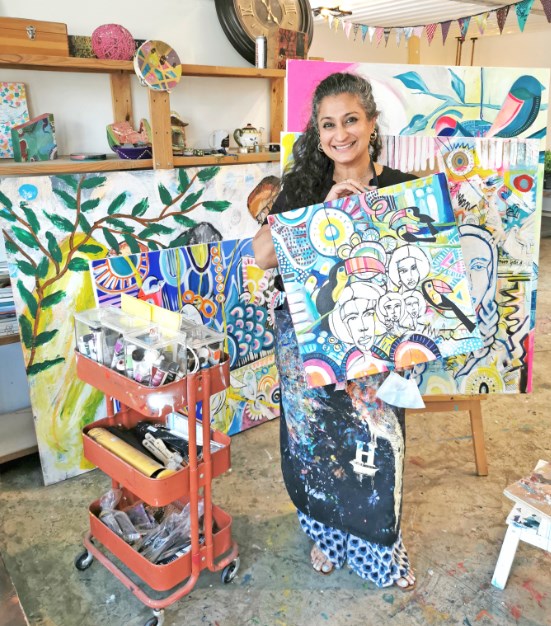