Treasures of the past

A passion for the prehistoric has fuelled a young photographer’s collection of more than 200 fossils, capturing the soul of the kingdom’s seas in archaic times.

“As a child I always had this dream about discovering prehistoric treasures like fossil shark teeth,” the Year 12 British School of Bahrain student told the GulfWeekly.

“The feeling of finding fossils, especially shark teeth, is always breath-taking but there’s nothing like the first. Very surprisingly, the first ever shark tooth I found was at night, which is not an ideal time to go fossil hunting.

“Walking up and down on a small hill near the Bahrain University, using my little flashlight I scanned each sand grain looking for some sort of fossil sign for at least an hour and just before leaving, bingo!

“At first, I could not believe what I’d just uncovered – an intact and perfectly-preserved shark tooth right under my foot.”

So far, Emilios’ shark tooth collection includes fangs from mako, tiger and snaggletooth sharks. The fossils range from the Eocene to the Miocene geological periods, ranging from 50 to five million years ago.

The shark teeth primarily come from the Lutetian age in the Eocene era, approximately 41 to 47 million years ago.

“My three favourite fossils belong to three separate species – mako, tiger and snaggletooth – and are preserved to the finest detail showing each and every serration on the teeth,” he added.

“Another reason why they’re my favourite is because it’s rare in Bahrain to find very well preserved and intact versions so a few complete ones in my collection really create some excitement.”

The majority of Emilios’ fossils come from central and southern Bahrain within the desert area on several limestone hills.

The young photographer has lucked out since limestone is one of the best soil types in which a fossil can be preserved, since it is a sedimentary rock, resulting in lower pressures and temperatures acting on the fossil, allowing for a more intact find.

“The tools for finding such fossils can vary - most of the teeth have been found on the surface but require a trained eye,” he explained.

“Other fossils require a small geological hammer and sometimes even a sledgehammer to get into limestone layers. Once collected, they must then be cleaned and treated with specific preservatives to make sure they stay intact.

“Sometimes they break in front of your eyes before you have even taken a picture so they must be handled carefully.”

Encouraged by his father, Themis, and mother, Pavlina, who have driven him all over Bahrain, Emilios takes inspiration from English natural historian and documentarian Sir David Attenborough.

In particular, he wants to explore the world and present new and interesting sides of it to people, like his role model. For now, he has been getting the lay of the limestone land in Bahrain and finding ways of preserving Bahrain’s marine pre-history.

“The best areas to look for fossils have a deeper orange sand colour,” he explained. “Another tip is to visit various locations to increase your understanding of different situations. An all-time favourite tip is to visit after some heavy rainfall as water washes more of the hills’ material exposing more fossils to the surface.” 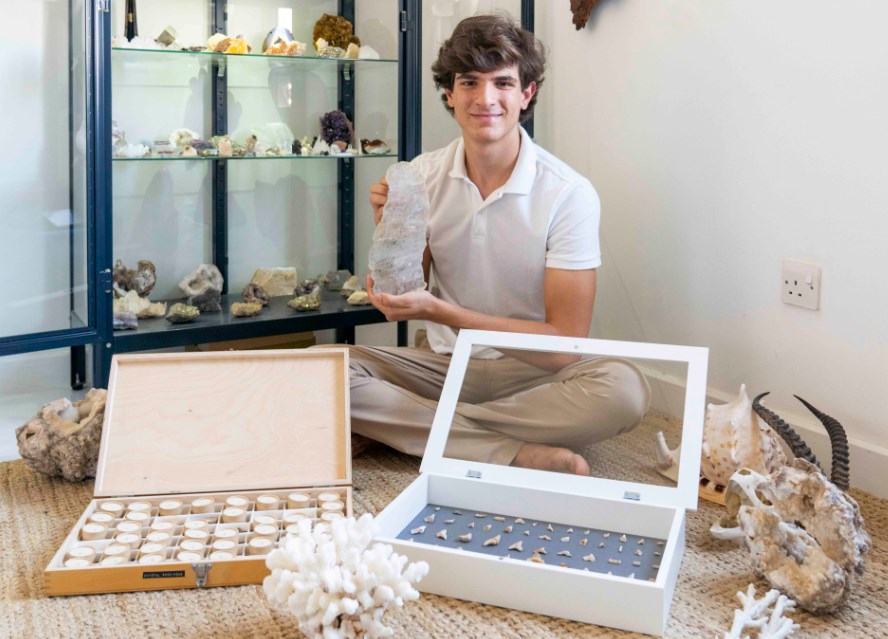 Treasures of the past 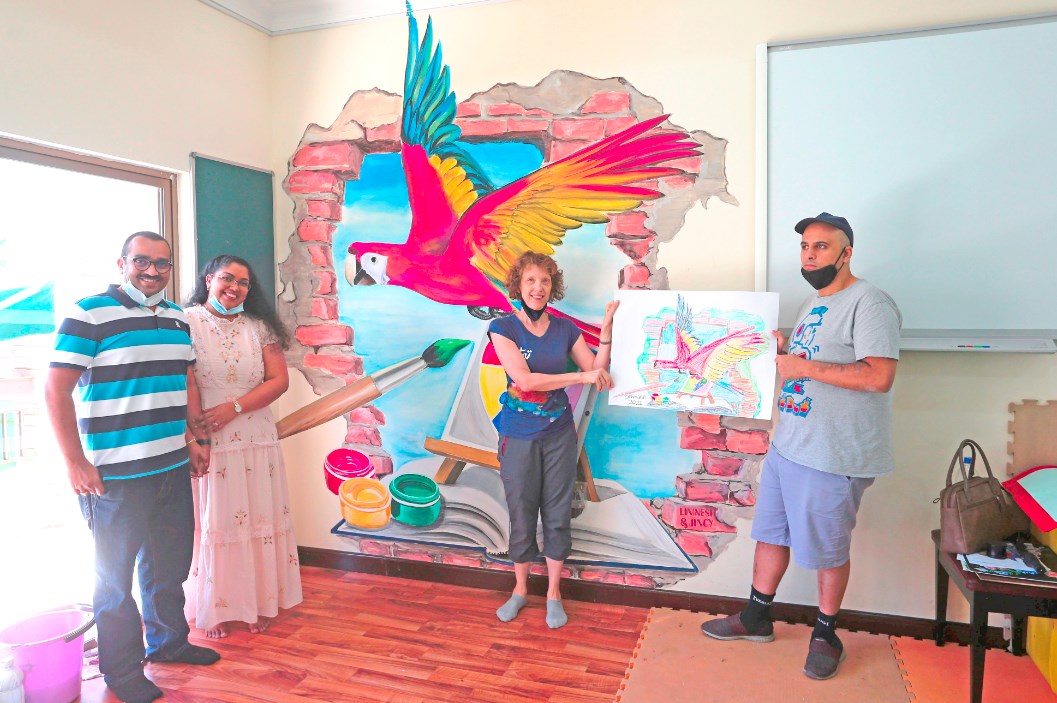