Sunday’s Formula 1 Grand Prix in France was the definitive sign that the championship pendulum this year is swinging away from the Silver Arrows in favour of its new mistress, the Red Bulls.

Max Verstappen took pole and then snatched back first place in Lap 52 of a nail-biting race, also taking the fastest lap to solidify his lead over last year’s champion Lewis Hamilton of Mercedes.

While the highlights of what might have been possibly the most exciting race of the season so far are widely available online, there are three key takeaways from this race that are sure to have implications throughout the rest of the year.

While a number of multi-year contracts have already been announced including Norris and Esteban Ocon (Alpine), it’s the older drivers that are under pressure to perform in the next two races leading up to Silverstone.

Rumours have already been circulating of George Russell being called up to the partner seat at Mercedes, indicating a possible exit of Bottas, either to Williams or out of F1 altogether.

This weekend’s stellar performance from the Finn is proof enough that he does not intend to take this lying down.

Last weekend, Bottas also seemingly changed pace from his usual second-fiddle act, calling out the team for their short-sighted strategy as they went for a tested single pit-stop strategy instead of going for two, like the Red Bulls.

Despite performing better than he has all season, he called it ‘a disappointing race’, indicating that he knows he will have to do better to outshine Mercedes team principal’s new favourite kid-on-the-block Russell.

One of the longest-running debates in F1 is whether teams should employ two-driver strategies or the more typical primary-support tactic.

While egalitarians will argue for the former, history has shown that this ends up being counterproductive as intrateam rivalries spill over on to the standings, typically damaging both drivers.

That being said, Red Bull especially has had a tenuous history with its circuit companions for Verstappen, their golden pony boy. Alex Albon and Pierre Gasly can both tell you about their experience trying to get even half the attention and support that the dastardly Dutchman seems to demand.

This year, however, Perez seems to have come in after earning the team’s respect and is so far being utilised just as effectively as his team mate on and off the track.

Even Aston Martin, notoriously owned by Stroll’s dad, has been equitable with its strategy, giving both Vettel and Stroll chances to shine. And as a result, both drivers seem to be the better for it – best put in the words of Aston Martin team principal Otmar Szafnauer after Sunday’s race, “Both of them drove supremely disciplined races to deliver a double-points finish at Paul Ricard today.”

McLaren has somehow been able to balance good-natured competition between the drivers while nurturing their golden boy, Norris.

The finest details from pit stop lengths to tyre pressures are proving ever crucial this year, as drivers are winning by razor-thin margins – in fact, no driver has won by more than 29.148 seconds this year, and the closest win was by a mere 0.745 seconds in Bahrain.

Even a few extra tenths of a second in the pits can end up costing precious points, with overtaking getting more and more challenging especially on the European circuits.

The FIA is also closely monitoring these races, policing everything from tyre-change strategies to rule-skirting technologies, like Mercedes’ Dual Axis Steering.

Every year, the FIA stewards’ office becomes the off-track battleground as team principals keep up their steady stream of complaints to put rivals off their game, and this year, drivers also have stepped in.

Hamilton, last week, accused the Red Bulls of playing with their tyre pressures during Qualification, leading to a rule change after both Stroll and Verstappen’s tyres went kaput on the track.

As the season heats up, so will the off-track snitching strategy, which will definitely make for an interesting, albeit mostly inaccurate, season 4 of Drive to Survive.

The Steiermark Grand Prix is next on the calendar, running this weekend at the Red Bull Ring in Austria. 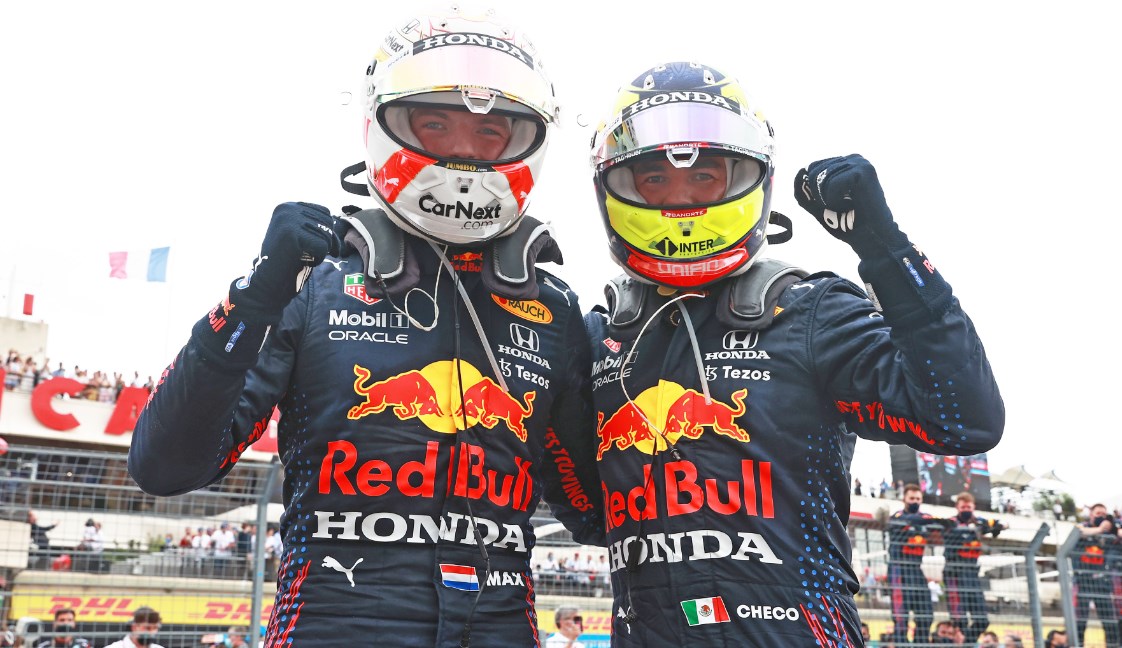