The kingdom’s heavyweight hopeful Danis Latypov has spent the past two months in the UK sparring alongside Great Britain’s Olympians in preparation for the Tokyo Olympics next month ... and he is not planning on pulling any punches until he wins gold.

The 30-year-old boxer has been dreaming about bringing home an Olympic medal since he was a schoolboy and hopes all his hard work – with Bahrain’s national boxing coach Tony Davis by his side – will bring success and inspire young Bahrainis to take up the sport.

“I have dreamt about this my whole life,” said Latypov, who followed in his father’s and brothers’ boxing footsteps. “At the moment, the Olympics are all I have in my head and my aim is to put on some beautiful boxing in the ring and win gold!

“I hope that by winning a medal I will inspire the youth of Bahrain to play more sports and understand that discipline, hard work and patience pays dividends in all aspects of life.

“For me it has led to the Olympic Games and the chance to turn my dream into reality.”

Davis has been delighted with Latypov’s work ethic, desire and confidence and hopes his coaching experience can help mold his fighter into reaching his full potential.

“It is a marvellous achievement, not only for Danis but for me too,” admitted Davis.

“I thought I had given up that dream of coaching an Olympic contender when I left Great Britain (GB) Boxing. However, I have been able to utilise my experience and leadership to guide Bahrain to the Olympic Games and create history. It really is Guinness Book of Records stuff!

“These Games will be different with many more millions of people tuning in to watch and, hopefully, this will inspire many more children to take up sport, especially boxing within the Kingdom of Bahrain and, more widely, across the GCC.

“Bahrain will be the only country to represent boxing from the GCC and we are the newest country to international boxing.”

Latypov has been training at Davis’ former stronghold - GB Boxing in Sheffield - at the English Institute of Sport. GB Boxing was established in 2008 to manage the World Class Performance Programme (WCPP) for boxing in a bid to train and develop the best male and female boxers from England, Scotland and Wales for major international tournaments and the Olympic Games.

During the GB Boxing Camp, not only did Latypov train alongside GB Olympians but also with the current heavyweight champion of the world Anthony Joshua, who Latypov described as a ‘very friendly and humble person’.

He also has been sharing his journey @danisboxing001 on Instagram, describing training with Joshua as the best and most motivational experience of his life. Latypov also applauded the camp on its gym facilities and the coaching staff.

Davis was also impressed with Latypov’s training and progress.

The former England international boxer and one-time army boxing team head trainer, said: “We have been able to maximise all elements along with video analysis of potential opponents at the coming Olympic Games.

“We will move to Dubai tomorrow to carry out our final preparation camp that has been prepared by my former team mate and now World Boxing Council (WBC) president of the Middle East, Amir Khan.

“The aim is to medal, although it will be very tough as we will be facing the very best boxers in the world, however, we have been able to carry out great preparation.

“In a little more than two years we have managed to implement boxing along with a coaching and officiating structure and become the leading force within the GCC.

“Sport is about changing people’s lives and, hopefully, we can bring that to reality next month. However, we have gained lifelong memories already within the sport, especially training with the heavyweight champion of the world, for example. 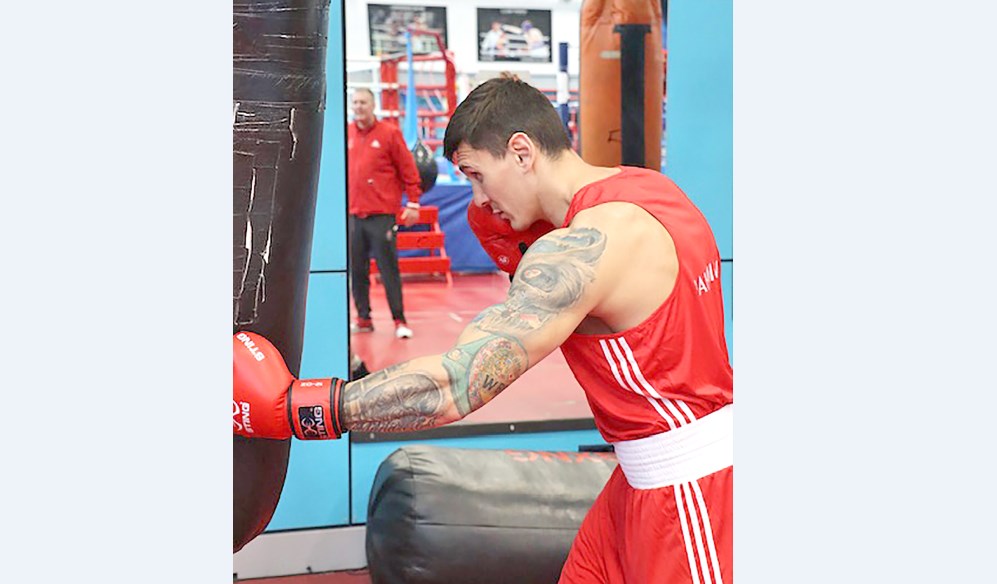