In what has already been one of the most exciting seasons of Formula 1 racing, last weekend was yet another unforgettable one as the motorsport saw the first-ever sprint race, leading up to a nail-biting finale.

Mercedes’ Lewis Hamilton won the 2021 British Grand Prix, after sparring with championship leader Max Verstappen of Red Bull in the first lap and overcoming a 10-second penalty to steal first place from Charles Leclerc of Ferrari.

“I tried to be measured in how I approached the race, particularly battling with Max - he’s very aggressive but I was fully alongside him and he didn’t leave me any space,” Hamilton said, after the race.

Verstappen and Hamilton made contact at the Copse corner in the first lap and Verstappen spun hard into the tyre barriers, walking away from the crash, but eliminated from the race.

This gave Hamilton a chance to cut the points gap between the two, and with his first place win, he is just eight points behind in the drivers’ championship.

After the collision, the lead was taken by Leclerc. Hamilton pitted from second, served his 10-second time penalty and came out fourth.

He quickly passed McLaren’s Lando Norris and then his teammate, Valterri Bottas, who was instructed to let Hamilton past.

Leclerc did some truly spectacular driving as he fended off Hamilton for most of the race, but his tyre management proved to be just short of good enough when Hamilton overtook him two laps before the chequered flag.

Leclerc struggled with intermittent power issues throughout the first half of the race, with momentary losses of power keeping the interval between him and Hamilton at around 1.5 seconds.

Leclerc went on to secure his first podium of the season, ahead of Bottas and the McLaren pair of Norris and Daniel Ricciardo.

Norris fought for the podium in the initial stages, but a languid pit stop ended up potentially costing him the opportunity to earn his fourth podium of the season. He, however, continues his reign as the only driver to have scored points in every race this season.

Sebastian Vettel of Aston Martin battled hard early in the race with Alonso, making some fans nostalgic for the early 2010s’ races, when Alonso and Vettel would often go neck-to-neck for the win.

However, this time, Vettel spun out, later recovering to 17th position before retiring.

Leclerc was voted the fan-favourite Driver of the Day, though Sergio Perez could also be considered a solid contender, after his decision to put up the fastest lap and deny Hamilton the extra point, even though Perez couldn’t keep the point after coming in 16th.

The weekend also saw the first-ever Sprint, during which Verstappen netted pole position and three extra points, while Hamilton took second and Bottas was third; the two Silver Arrows earning the team a total of three points.

The next race takes place in Hungary on August 1. 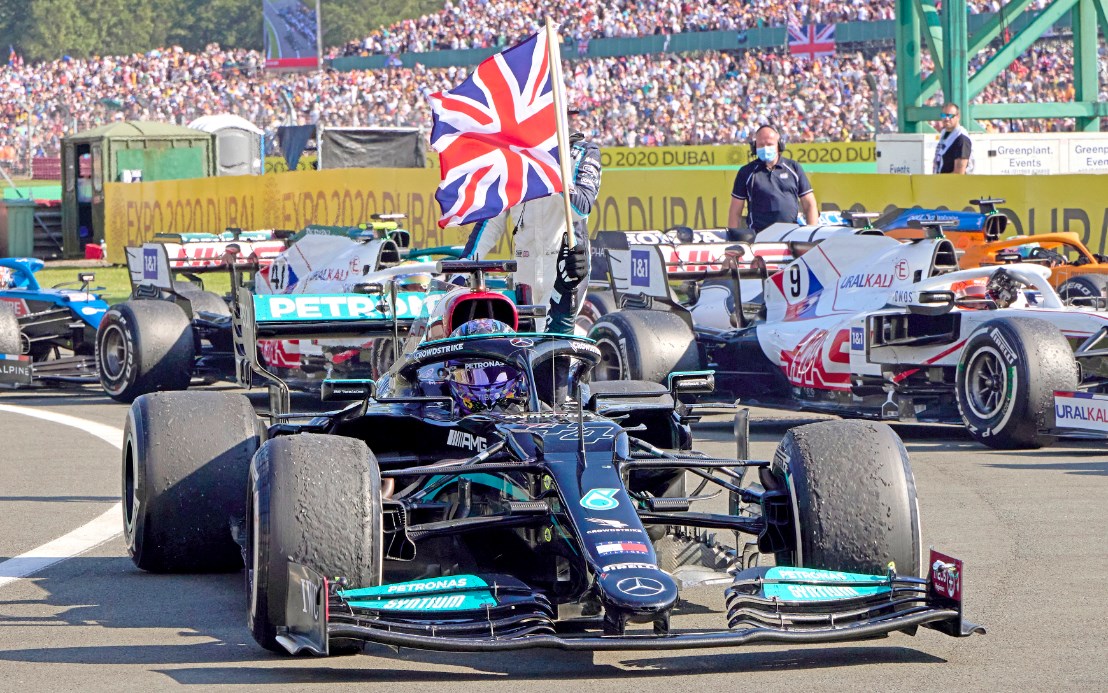