Flying in with a message of peace

A MESSAGE of peace through art is set to fly from Bahrain to Bosnia this autumn, as the kingdom’s leading artist prepares to host an art festival in Sarajevo.

The ‘Art for Peace’ festival is set to take place from October 5 to 12 and will be organised in a number of cities in Bosnia and Herzegovina by Abbas Al Mosawi.

“We are hoping this is the first of many future art festivals to host in Bosnia and Herzegovina,” Abbas added, during a televised interview.

“Through art, people of all ages can connect and guide the future with light and beauty. That’s the message of this art festival.

“Artists of all kinds – painters, musicians, thespians – are welcome to be part of these festivities and join us for this festival.”

Canvases in the shape of doves featuring aspirations for unity and world peace by Bahrain and Bosnia’s artists will be the centrepiece of the festival.

In April, hundreds of artists collaborated to complete 50 hours of creativity at the Karzakkan Forest, attracting more than 1,000 visitors.

These dove-shaped pieces, which were part of the Future Rise Exhibition at Seef Mall, are the inspiration for the pieces to be created in Bosnia and Herzegovina.

The art pieces were created during the Youth, Arts and Peace Art Exhibition by Abbas, who believes that painting, drawing, theatre, music, cinema, photography and other arts are the best way to spread the message of positivity.

A total of 200 artists – 100 from Bahrain as well as 100 from Bosnia and Herzegovina – will take over Novo Sarajevo Boulevard on October 9, live-painting pieces for the seven-day festival.

Alongside the painting, there will be children’s painting workshops, a session to create art from recycled wood and more hands-on looks at various art forms. There will also be a cultural tour to introduce visitors to Bosnian heritage and art.

To cap off the festival, Abbas will exhibit his art and Bahraini artist and architect Mahdi Al Jallawi will showcase his photography during exhibitions from October 9 to 11. The exhibitions will take place at the Sarajevo Cultural Centre.

Abbas met Sarajevo Canton culture and sports minister Samir Avdić and representatives of the Bosnian Representative Association for Valuable Opportunities (Bravo) during a recent trip to Bosnia and Herzegovina to present the plan for the festival.

“The goal of the organising team is to gather 100 artists who, in addition to presenting their talent by painting two-dimensional doves as a symbol of peace, will have the opportunity to be ambassadors of their culture,” Bravo senior project Imran Polovina added.

“In order for the festival to be a space where visitors can get to know different cultures, we plan to include cultural aspects of countries such as food, music and dance.”

Abbas hopes to make the festival a long-standing tradition within the country and hold it at a new location within Bosnia and Herzegovina every year.

The festival is being organised in collaboration between Bahrain-Bosnia and Herzegovina Friendship and Business Society, represented in the country by Reyadh Yusuf Ali, as well as Colours of the East Art Gallery.

Registration for the festival will be announced in the coming weeks. 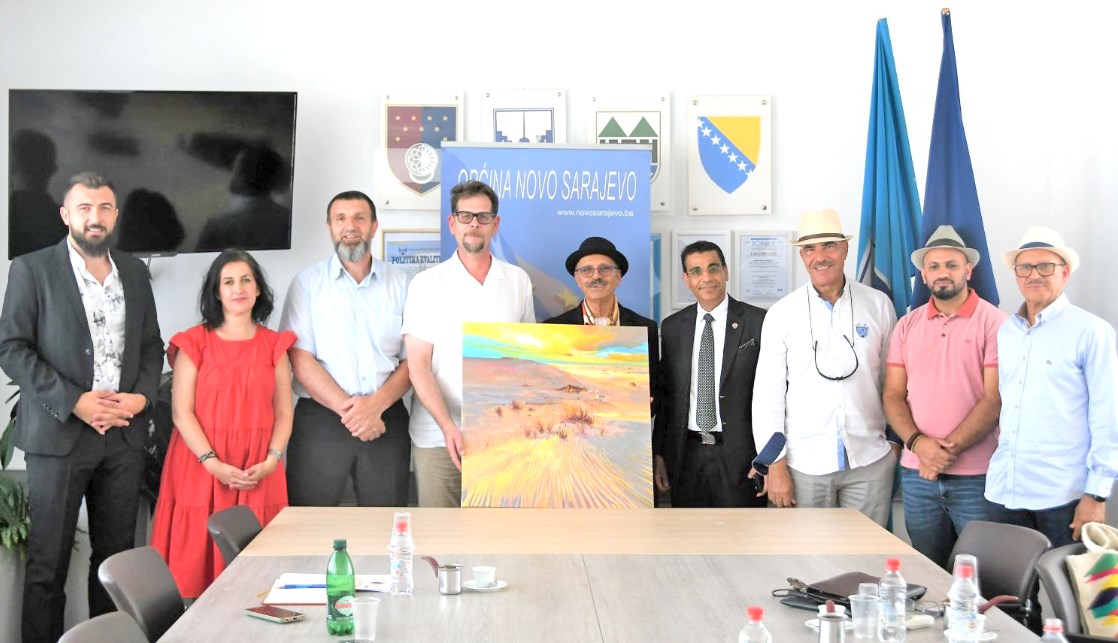 Flying in with a message of peace