The talented shutterbug had entered the International Photography Awards (IPA) in January 2022 without any expectations, only to receive word months later that her picture Disconnected had won top recognition.

“I am speechless,” said the senior project specialist from Hamad Town.

“I never expected to be recognised in any way or form. I applied for the contest and completely forgot about it.

“Months later, I received an email which initially appeared to be spam, but something deep down prompted me to open and read it and not discard it like I usually do.

“That’s when I found that I was awarded an ‘honourable mention’ at the IPA. If anything, this is the boost that I wanted to continue growing in the field, especially since I was in a rut at the time.

“The honourable mention status means I can now tap into my potential further and hopefully strive towards claiming the Lucie Award in the future.”

Lucie Awards, also known as the Academy Awards of Photography, is an annual gala ceremony honouring achievements in photography, founded in 2003 by gallerist and exhibition curator Hossein Farmani.

It brings together photographers from all over the world and pays tribute to the best among them. It also showcases the finalists and winners of the IPA, which is the Lucie Foundation’s sister-effort and an annual photography contest for professional, amateur and student photographers on a global scale.

“The picture was a candid shot taken of a man leaning against a wall at Bahrain Fort, scrolling on his phone and it occurred to me that it can be translated into something deeper; utilising both conceptual and minimalism approaches to photography at once,” said the Bahrain Polytechnic graduate who majored in Business Management. She also received a Fulbright Graduate Scholarship and a Master’s in Public Administration in New York in 2019.

“The picture plays on the notes of symbolism as it depicts how immersed we tend to get in the virtual world, disconnecting us from our surroundings even though we are a part of it,” added Enas who aims to apply for the upcoming annual IPA awards with the aim of winning both the IPA and Lucie.

“If anything, it connects us with one another virtually, while disconnecting us physically.

“I hope my photograph will help place Bahrain on the map as a country that nurtures talents in all its forms and shapes.

“To those doubting their talents, don’t! Believe in yourself and apply to such reputable and prestigious competitions, even if you think that they are out of your league. You will be surprised as to how good your work actually is!” 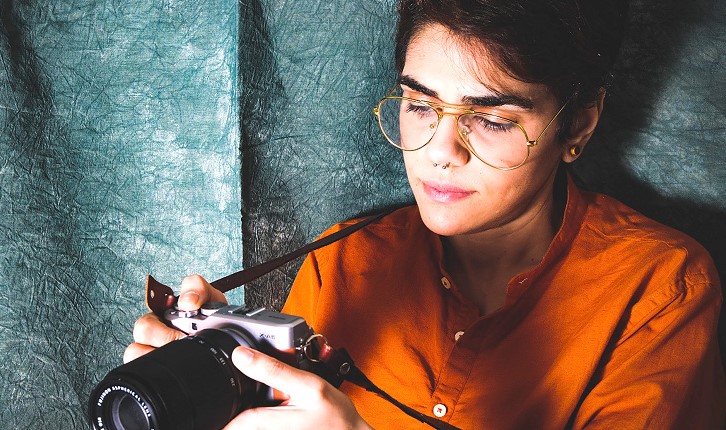