YOUNG musicians from across the Middle East hit the high notes and nailed the right beats as they put their talents to the test in competition this week.

Six soloists and three ensembles performed in front of a crowd of 400 during the British Schools in the Middle East (BSME) Young Musicians of the Gulf Grand Final hosted by St Christopher’s School at the Sofitel Bahrain Zallaq Thalassa Sea & Spa.

The winner of the solo category was Xiaolin Zhang, a pianist studying at the Horizon School, Dubai. The nine-year-old prodigy defended his crown from last year with a stunning performance of Chopin’s Funeral March and Grande Valse Brilliante.

He said: “I feel very happy. In the future, I hope to go to music school but first I will come back next year and try to make it a hat-trick!”

Ed Goodwin, principal of St Christopher’s School and the chairman of the BSME, said: “The standard of performances was incredible. To play the Funeral March at nine-years-old is particularly astounding, you can see Xiaolin’s whole body is working into playing and he’s at one with the music. The voices were the best we’ve had, in my opinion, supplemented by an incredible range of instrumentals.

“The competition itself has had a brilliant response, with such a high turnout that we’ve had to pack the room with extra chairs.”

Lead adjudicator and world-renowned conductor Richard Dickins, flown in especially from the UK to judge the competition alongside flutist Atarah Ben-Tovim and Christopher Adey, concurred. He explained: “It’s been thrilling to see how each performer has developed over the three days, and there’s been substantial growth through the heats and semi-finals even when you thought they couldn’t do better.

“I’ve been particularly delighted with the camaraderie of these young people and the support they’ve given to each other off-stage. It remains a competition and, of course, each one wants to win, but there’s such a genuine warmth and friendliness.”

There was a particularly proud moment for Bahrain as the Knights Bequest, awarded to the most promising musician of 15 or younger, was bestowed upon Sriram Venkatesh, 14, who was the highest-placed soloist from the kingdom as St Christopher’s sole representative in the final. He played an eight-beat and a six-beat cycle on the tabla, a classical percussion instrument which he has been practising for six years.

Although he fell just short of his ultimate goal of winning, he remained extremely upbeat. He said: “I felt I did make some small mistakes, but on the whole I was very happy with my performance, with a mixture of improvisation and my tutor’s instruction. I was a little nervous but once I started I lost myself in the music and it felt great.”

Proud father Venkatesh, a banker, and his wife Meenakshi, a housewife, could not hide their delight at their son’s achievements. Venkatesh, who brought the family to Bahrain 10 years ago, beamed: “It’s been a wonderful journey, and to get to the final as the sole representative of St Chris in his first year is like winning to him. Privately, he is really thrilled and the privilege of playing in front of 400 guests is something that will live with him forever. My only advice to him before he walked on was just to enjoy the moment and try to calm the nerves. He had to go on first too and break the ice, which was even more difficult.”

British Ambassador Iain Lindsay also had a few special words for Sriram. He said: “He was absolutely brilliant and it’s great for Bahrain to have such superb talent within its young generation, emphasised by this boy’s gift. Sriram should be extremely proud and we had our fingers crossed for him, he’s a wonderfully charming boy and this competition will have developed his skills enormously.” 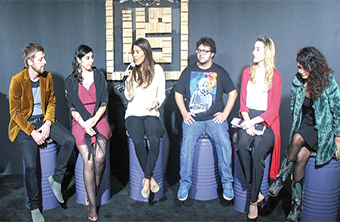 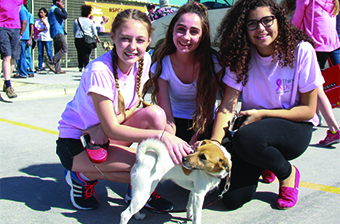 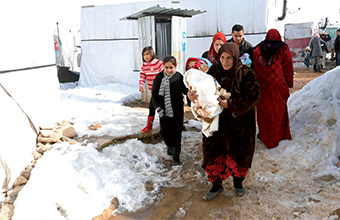 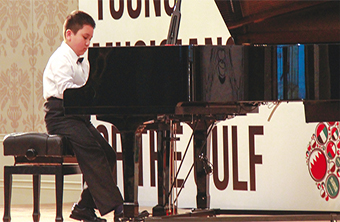