Bahraini artist Leena Al Ayoobi is painting a new stroke of folk art in the form of furniture and home décor and her colourful designs are available for sale at Home Centre along with other creatives.

The collection, which is based on Leena’s manga and folkloric design, includes nested tables, coffee tables, decorative plates, cushions as well as a few prints of her work and highlights the traditional colours of the Bahraini woman.

The GulfWeekly interviewed Leena in 2016 when she had just opened the first branch of Dar Alfann in Al Aali Shopping Complex. Now, in addition to opening a full store at Bab Al Bahrain where she got her start, she is expanding the offering at the store, whose name translates to “House of Art,” to include other Bahraini artists.

Leena said: “I want to provide a platform to other artists. I remember how many things my husband and I had to figure out when I started. From where to get products made to marketing them, we just want to make it easier for other artists to be able to show off their talent and share their gift.”

The shop, tucked into a little corner of the souq-style portion of the shopping complex, has Leena’s art superimposed on scarves, bags, clutches, mirrors, laptop sleeves, mobile phone covers, luggage covers, plates and trays. Now, artist Mohsen Ghareeb’s calligraphic models can also be found at the store, with plans to bring more artists into the fold over the next few months.

It has been a wild journey for Leena, her husband Abdulrahman Almokla and their young family. She started painting when she was about seven, teaching herself all she needed to know about but chose to go with a more “practical” university education in business management at the University of Bahrain. She then worked as a business consultant for 14 years, climbing the corporate ladder at Ernst and Young, until the global financial crisis.

Disillusioned by her work after this, she returned to her passion and within a few years, started showing her work at local exhibitions. Her first major success came in 2014 when she joined a group of colleagues showcasing their art at an exhibition in Bab Al Bahrain.

Her paintings were a hit and she sold six before she even opened her booth.

“It was at that point that I decided to make it a career,” Leena said. “I continued to work while I participated at galleries and took on custom painting projects. But in 2015, I decided to pursue it as a full-time business venture.”

With the support of Abdulrahman, Leena blitzed forward, not even letting her pregnancies hold her back as she made time to paint between a hectic home and work schedule.

Her business acumen has not gone to waste as she has worked with corporate clients like Starbucks and Home Centre, managed the inventory at her two stores and built a following across the Middle East.

Even though she was relatively unknown a few years ago, she has quickly become synonymous with Bahraini art and her paintings a symbol of the resurging liberal neo-traditional expressionism movement in the Middle East.

With bright colours and large emotive eyes, she hopes to convey a sense of happiness, openness and optimism in her artwork, as she sees these as the greatest values of her Bahraini heritage.

The manga influences, similar to Studio Ghibli’s iconic Japanese movies, evident in the large eyes come from an early love of anime, like many of her Bahraini peers.

She added: “I used to enjoy watching anime, more for the artwork than the stories. And I tried to bring that into my art, while also adding in traditional elements of Bahraini culture.”

She gets her inspiration from various elements of day-to-day life. Some of it is universal to Bahraini life, like the oud, fish and aquatic elements while other inspiration is more personal, like motherhood.

Families in Bahrain now have the opportunity to bring a slice of this into their own properties, with Home Centre’s new collection. The artist has many upcoming high profile projects, including presence in a global calendar of artists as well as several murals.

With the Home Centre project, they are testing new waters, as the company is usually known across the MENA region for ordering in bulk. Upon seeing Leena’s work and her ideas for integrating art and furniture, they decided to test the idea out on a smaller scale in the Bahrain store. Leena also brought in other local artists and artisans from the pottery-making, weaving and pearl-diving trades to show off their wares.

Once the Bahraini pilot project is proven, the aim would be to have similar local artists featured in other outlets and perhaps across the Landmark Group’s other chain stores.

Yet, just as with her Dar Alfann initiative, she wants to keep art accessible. She added: “We want to ensure that every family in Bahrain has an opportunity to show their affinity for the local cultural and art scene without needing deep pockets.”

Leena’s art can be found on Instagram @leenz_art and in store at the Home Centre at City Centre Bahrain. 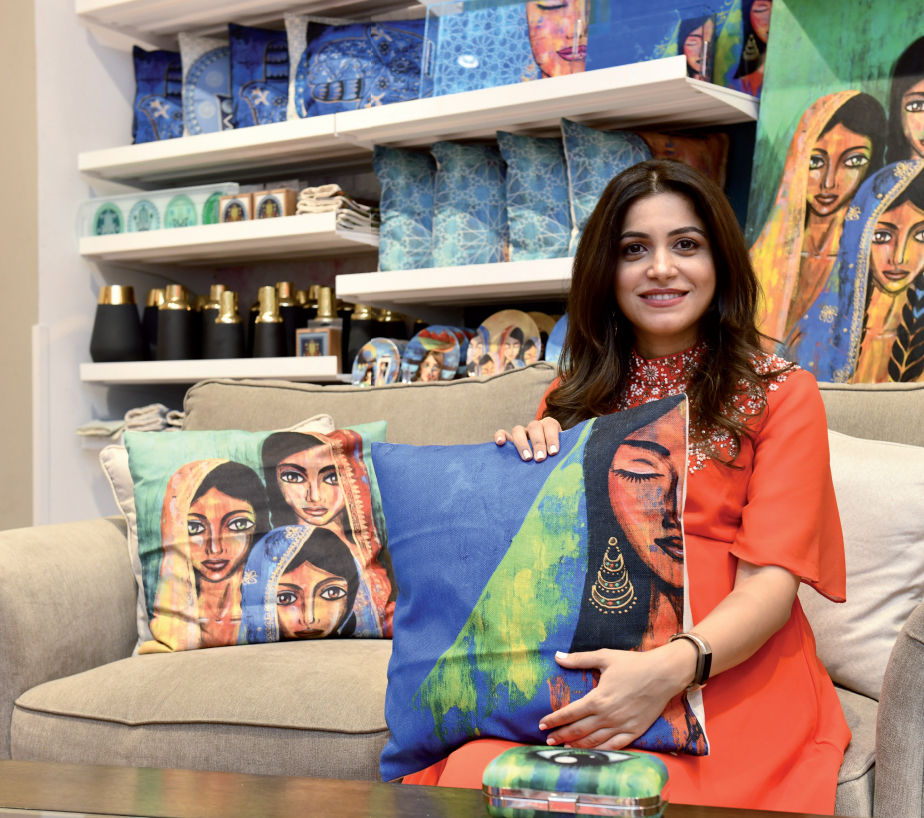 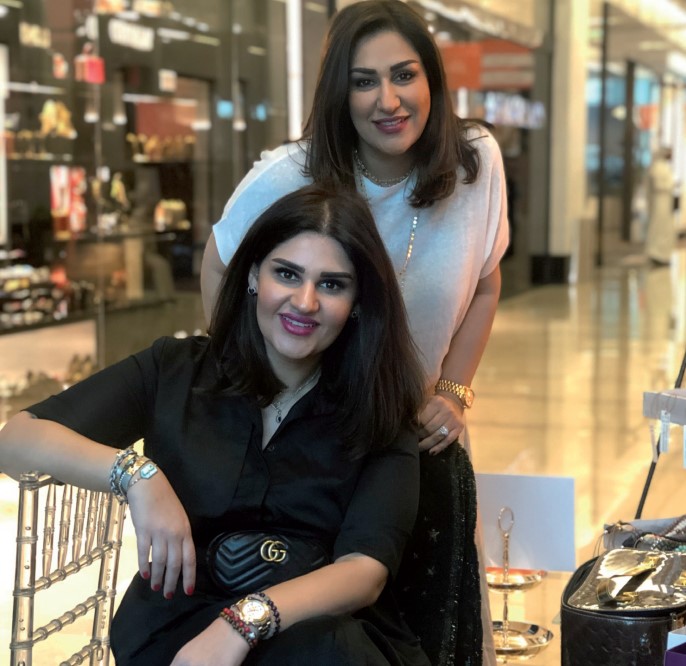 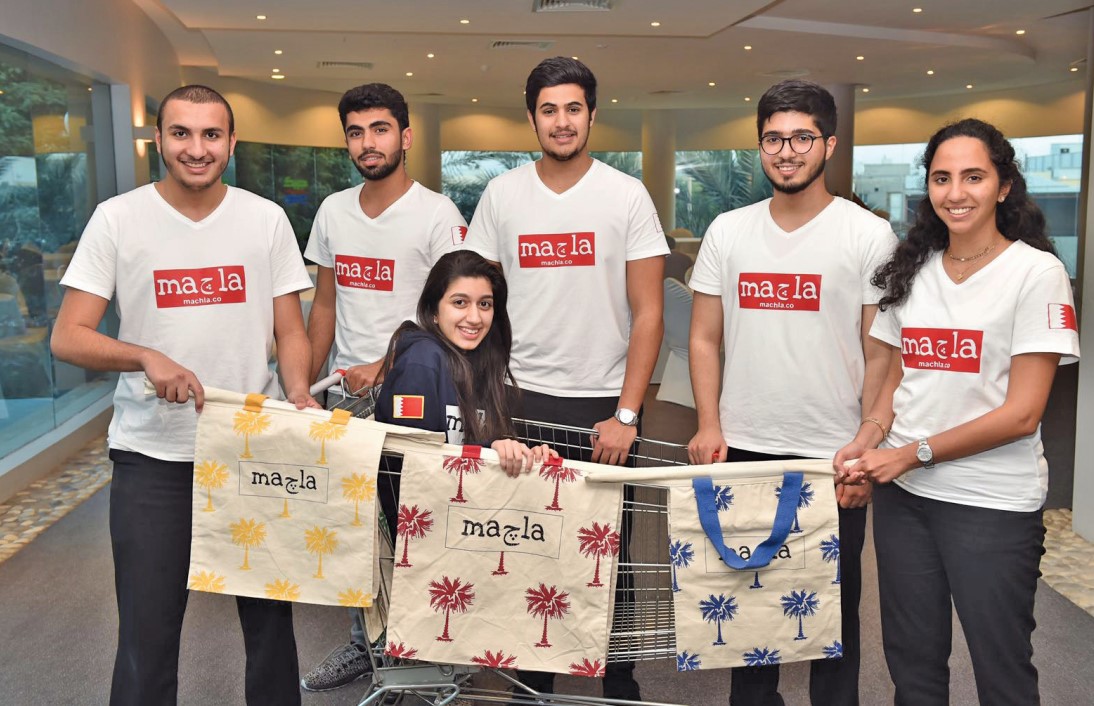 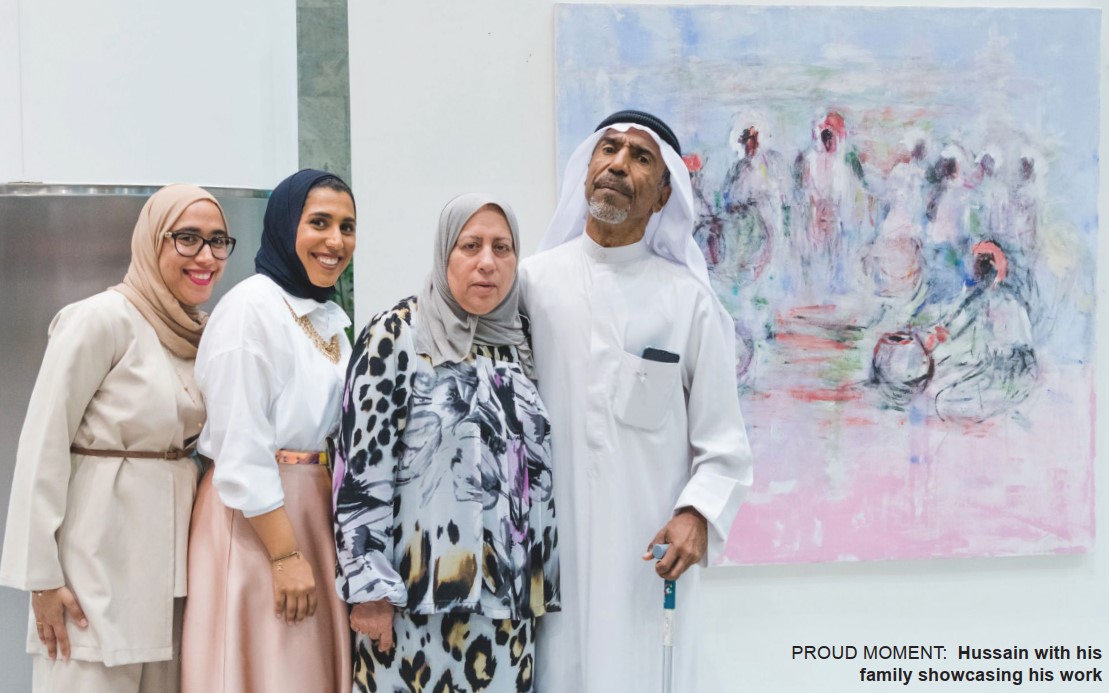