THERE is one sporting activity that unites most of the expatriate community in Bahrain … a love of cricket.

On a weekend, before the Covid-19 crackdown, every piece of waste land would be converted into a pitch.

But there is something quintessentially English about petitioning a Prime Minister for the return of a beloved national summer sport.

The furore started with a relatively innocuous question to Boris Johnson in parliament from the Conservative MP for Tunbridge Wells, Greg Clark, who enquired whether the non-contact sport be starting again soon with the easing of the lockdown restrictions due to commence on July 4.

Despite having allowed football, basketball and tennis, Mr Johnson’s response was that “the cricket ball is a natural vector of the disease”, effectively endorsing its continued absence.

I’m delighted that sports fans are able to participate in and watch all of these alternative sports. However, I fail to see how they are noticeably safer for players than cricket.

Of course, the main issue is the use of saliva on the cricket ball to get one side to shine, thereby providing the bowlers with an opportunity to swing it in delivery.

Plans have already been introduced to ban this practice (instead, using sweat only) meaning there is no logical rationale to the extended boycott.

Also, think of the distance between players and compare this to the contact involved with football and basketball, while in tennis, players more regularly touch the balls.

Meanwhile, hundreds of thousands of recreational cricketers will have to sit in their armchairs to watch the sport on TV.

England return to action against the West Indies before welcoming Pakistan later in the summer, although the latter series has already been put into doubt by the positive tests on three members of the touring party.

The first of three games within 20 days commences on July 8 at the “bio-secure” test venue of the Rose Bowl in Hampshire, selected as it has a hotel on site.

England’s cricketers have been locked in their “bubble” since getting together at the start of the month.

The lack of county matches has meant that England’s new head coach, Chris Silverwood, has had to get creative by naming an initial squad of 55 players that included 14 yet to be capped. After a couple of weeks, this was whittled down to 30 that have continued to train together.

England will complete preparations with an informal three-day practice match starting today involving most of their squad, after which they will announce the final squad.

Much of the debate centres on spin options. Moeen Ali, despite retiring from the longer format of the game late last year, has returned. He is by far their most experienced tweaker although he appeared to lose confidence having been successfully targeted by Australia in the last Ashes. Should England wish to invest in their future then they will likely turn to Dom Bess who impressed in their emphatic victory over South Africa, although Jack Leach is in with a shout.

As for the batting line up, Zak Crawley is the man in possession although he was only selected after Rory Burns was injured in a warm up kickabout but is now fit and ready.

Fellow opener Dom Sibley has secured his slot as opener, although Crawley could drop to number three should Burns return. This would be at the expense of his teammate Joe Denly.

The birth of Joe Root’s second child could mean that all are selected.

The West Indies arrived in the UK on June 9 with a full complement of 25 players (excluding three who opted out due to coronavirus concerns) and located themselves at Old Trafford, the venue for the last two tests.

They look to have one of the strongest and most united teams since the 1980s, particularly in the bowling unit. They boast the world’s leading all-rounder, Jason Holder, who will be ably supported by Gabriel and Roach while Raymon Reifer would give them a nice balance with his left arm.

Cricketers are concerned about the impact a lack of atmosphere will have on their performance.

I believe that the mental pressure associated with playing this strategic game will still be in evidence.

Even in village cricket there is an adage that “one wicket brings two”. Pressure is further placed on batsmen by “joining the dots” or by creative field placings.

One could argue that it will be no different to playing in a county championship match in front of a handful of spectators or a match between Indian expats on a sand and stone patch of ground in Saar in front of their friends. 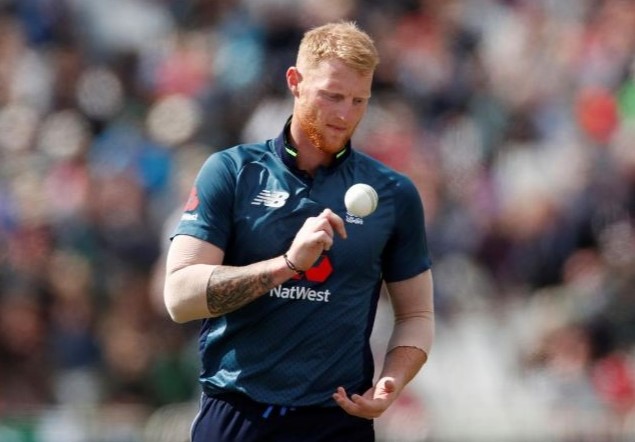