Irreverence: there is nothing like a saucy, genre-mashing well-written and stunningly-shot dose of it to reignite your love for a formula.

For loyal readers, it comes as no surprise that romantic comedies are my least favourite genre. On the other hand, the time loop movie, where characters are stuck in a day that repeats itself infinitely with only one or two people realising that it is a time loop, is one I always enjoy.

And somewhere in the alternate multiverse where these two genres met and decided to settle down, you will find the newest addition to their family: Palm Springs.

The time loop genre started off in Hollywood in 1993, with 12:01 and its much more commercially successful (allegedly stolen) bootleg Groundhog Day. In the 27 years since, it has come a long way, developing its own set of clichés - an existential discussion of death immediately before or after a series of comically horrifying deaths, an attempt to drive away from the loop or otherwise avoid the reset, a quantumly quixotic quest to investigate the logic behind the loop, resulting in a character growth moment and finally, the return to linear life.

Happy Death Day, by far, has been favourite time loop, combining horror and satire to make for a highly rewatchable movie but Palm Springs may have surpassed it.

While most time loop movies emphasise the first loop to set the scene for the rest of the movie, this one dives right in and we meet Nyles (Andy Samberg) on his girlfriend’s sister’s wedding day. He drops several puns and hints about time and repetition throughout the day, since he has been through the loop countless times and in the evening, delivers an apparently impromptu speech to save the bride’s sister Sarah (Cristin Milioti) from embarrassment.

Jake Peralta, I mean, Nyles and Tracy the mother from How I Met Your Mother, I mean, Sarah, bond and right as they are having a moment, Nyles is shot in the shoulder by our semi-antagonist, Spiderman’s J Jonah Jameson, I mean, Roy (JK Simmons).

As Nyles lumbers off towards a loose plot hole, also known as the Cave of Occasional Time Loop Resets, Sarah follows him and is pulled into the loop as well. This upends the formula by now introducing more than one person who knows that they are in a time loop.

The rest of the story pays homage and thumbs its nose at both the time loop and romantic comedy formulas, creating its own looping lad (and lass) concoction.

The script for the movie was originally written by Andy Siara during his second year as a student at the American Film Institute, with almost no science fiction loopy element to it but it evolved as he started to writing for other projects.

After meeting Max in school and going over the script again and again (very loopy, I know), it evolved and caught the eye of Andy Samberg’s production company Lonely Island, who bankrolled the project with Andy Samberg bringing his own flavour to the anti-hero of the movie.

At the Sundance festival earlier this year, it was an instant hit and was picked up by Hulu and Neon for a record $17,500,000.69, a comical smidge above the previous record of $17.5 million held by Birth of a Nation.

Coincidentally, the timing of this movie’s release with the ongoing pandemic makes it even more relatable, as the loop of the same day seemingly repeating itself has become part of the “new normal” for the last few months.

All in all, Palm Springs is to time loop romantic comedies what Zombieland was to the zombie genre – an irreverent but highly relevant rapscallion that just might develop a cult following over time, and well worthy of a re-watch and a four out of five rating.

Let’s just hope they don’t try to make a bizarre and tired-looking Zombieland: Double Tap-esque sequel with the film left on the cutting room floor. 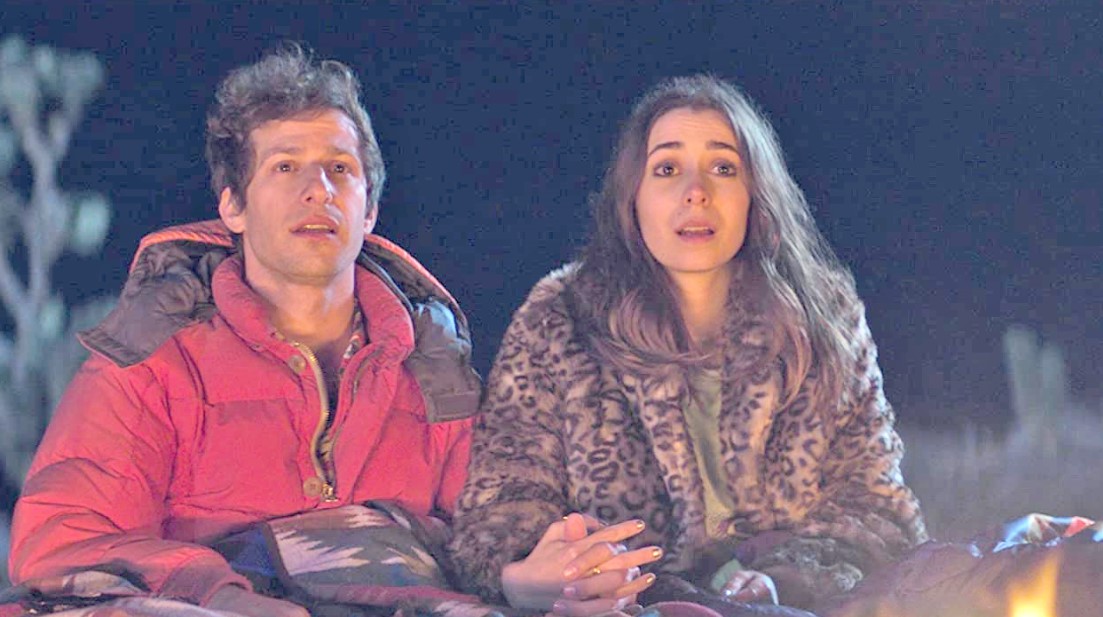