The Dutch Grand Prix this year was historic, not just because it was held after a break of 35 years, but it was also the first time ever that a Dutchman took home the title.

“It’s incredible to win here today on another home track and it feels great to take the lead in the drivers’ championship again,” the ‘Flying Dutchman’ said after the race.

“Of course, the expectations were very high coming into the weekend and it’s never easy to fulfil that but the whole crowd has been incredible and I am so happy to win here.

“Seventy-two laps around this track is cool, especially in front of all these fans, they were incredible throughout the whole race, and I’ve never experienced anything like this before in my life.”

Hamilton’s team mate Valtteri Bottas cruised to a third, despite his own late stop for soft tyres, with the Finn appearing to ignore team orders not to attempt to take the fastest lap bonus point away from Hamilton – only for Hamilton to claim it anyway on the final lap.

Behind Bottas was the Alpha Tauri of Pierre Gasly, who has shown incredible pace and composure this season, rising as high as third in Azerbaijan, only to retire two races later in Styria.

Red Bull’s Sergio Perez was only able to manage P8, with Alpine’s Esteban Ocon hot on his trail. Lando Norris rounded off the top 10 in a race characterised by its midfield battles.

Perez’s lacklustre performance capped off a weekend of bad fortune, after not making it out of Q1 and then being required to start from the pit lane because of a new power unit.

His Dutch drive took another hit when he flat-spotted his hard tyres attacking Nikita Mazepin (Haas) early on, forcing the Mexican racer to pit for mediums on Lap 9 and dropping him back to P19.

Nicholas Latifi was another who had started from the pit lane after a change to his gearbox and front wing after his qualifying crash – with Latifi showing Perez how to pass Haas’ Nikita Mazepin with a beautiful move around the outside of the Haas at Turn 1 on Lap 13.

Ricciardo took 11th, having played the team game at McLaren by letting Norris – who ran a 42-lap spell on the mediums – through earlier on.

The Aston Martins of Lance Stroll and Sebastian Vettel managed to come in 12th and 13th after a disappointing day for the team in green.

Arguably, for this race, the news emerging out of the pit lane was just as intriguing as the race itself, with Kimi Raikkonen announcing his retirement at the end of the season, followed by news that the Iceman had contracted Covid-19.

And right after the weekend, news broke that Bottas had signed a multi-year contract with Alfa Romeo, which clears the path for Williams’ George Russell to join Mercedes, after having driven for the team for the first time in last year’s Sakhir Grand Prix. 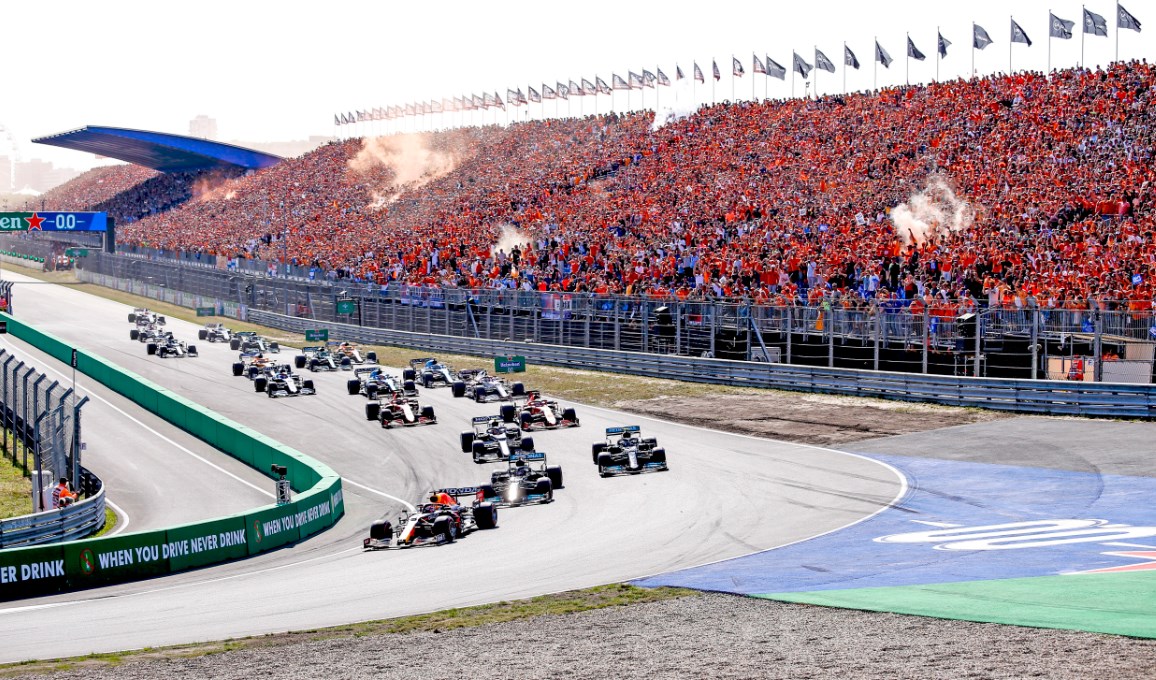