TOP Indian artists, who have been serenading people across the kingdom as part of a 12-day dance and music extravaganza, praised Bahrain, especially its people’s unchanging warmth.

The artists performed during the first three days of the BKS Indo-Bahrain Dance and Music Festival, organised by the Indian Embassy and Soorya Stage and Film Society and supported by the Bahrain Authority for Culture and Antiquities (BACA).

“I am surprised that I never visited Bahrain during the last 30 years, despite frequent trips to Dubai and Muscat,” said 69-year-old Anup, who is a recipient of Padma Shri, India’s fourth highest civilian award.

He had last visited the kingdom three decades ago. “This place was just as beautiful 30 years ago as it is now,” Anup told GulfWeekly.

“Of course, new buildings and roads have improved the country’s appearance. But the people of this country remain the same – very friendly, warm, educated and classy – be it the citizens or residents. Coming to Bahrain is a pleasure, I should do it more often.”

The festival began on May 3 with a performance by Anup and will conclude on Saturday at the BKS Diamond Jubilee Hall.

Anup presented a ‘cocktail’ of bhajans or hymns, ghazals, patriotic and film songs to the audience.

“People need variety because their tastes differ,” he said.

“Some enjoy old film numbers, while others prefer ghazals or bhajans, so we try to provide something for everyone.

“Music is something that makes you happy, so enjoy music that will stay with you for a long time.”

Meanwhile, Sivaramakrishnan, 86, performed for nearly three hours to an enthusiastic audience on the mridangam – an Indian percussion instrument – alongside renowned flutist Amith Nadig, violin exponent Attukkaal Balasubrahmaniam, and keyboard prodigy Stephen Devassy. The vidwan (scholar) who received the Padma Vibhushan, India’s second highest civilian award, was in his 50s when he previously performed for the Indian Fine Arts Society in Bahrain.

“I wonder what took me so long to return to a heavenly audience,” the veteran said as he accepted the BKS award on stage alongside his wife Abhirami.

“Whenever I play, I truly submit to the audience, my gurus, seers and parents.

“Music keeps me young and all I need is your prayers so that I can come back more often and perform for you.”

South Indian performer Asha, a Dubai resident for 27 years with ‘lots of friends in Bahrain’, also expressed surprise that she did not visit or perform in Bahrain for almost 10 years. A former RJ with Radio Asia, the first Malayalam radio in the GCC, and a Bharathanatyam exponent, Asha runs the Kairali Kalakendra in Dubai which caters to 3,500 students.

“Students in the Gulf are keen to learn dance as an art form and not just limit themselves to competitions and performances,” said Asha. “Online classes during the pandemic have helped many women pursue their passion, especially the elderly. I have a 75-year-old student! It proves that age is no barrier for art form. It also helped me overcome the mental block that fine arts cannot be mastered online.”

Flutist Amith who was on his debut performance in Bahrain hoped it would not be his last.

“Bahrain has been a very pleasant experience for me as a musician - I could not be prouder as an Indian to see such a great achievement by my brothers and sisters in a land far away from home,” he said.

The child prodigy noted that performing with musicians around the world for over 28 years helped him realise the impact of boundless music.

He cited the BKS event as an example, as it lined up artists from ‘diverse backgrounds and geographical locations’.

“But still, we could come together on the day of the concert, talk to each other for a couple of hours and still make music that will remain fresh for a long time.

“We are in the most exciting period for art forms.

Among the others who performed at the festival were violin duo Ganesh and Kumaresh, vocalists Abhishek Raghuram and Nityasree Mahadevan, singers-music directors M Jayachandran, Sankaran Namboothiri, Sreevalsan Menon and Lalu Sukumar.

Bahrain Band Majaz will showcase their skills today along with a Kathak dance performance by Bahraini Khalil Alashar.

Tomorrow is a classical instrumental night featuring Mysore Nagaraj and Dr Mysore Manjunath on violin, accompanied by Thiruvaroor Bhakthavalsalam on mridangam and Alappuzha R Karunamoorthy on tavil and Giridhar Udupa on ghatam.

Veena exponent Rajesh Vaidhya and his team will take to the stage on Friday.

The grand finale will be held on Saturday with world renowned Sarod trio Ustad Amjad Ali Khan and his sons Aman Ali Bangash and Ayaan Ali Bangash performing on stage.

The festival is curated by one of India’s foremost art directors Soorya Krishnamoorthy, the founder of Soorya, one of the largest cultural bodies in Southeast Asia with chapters around the world. 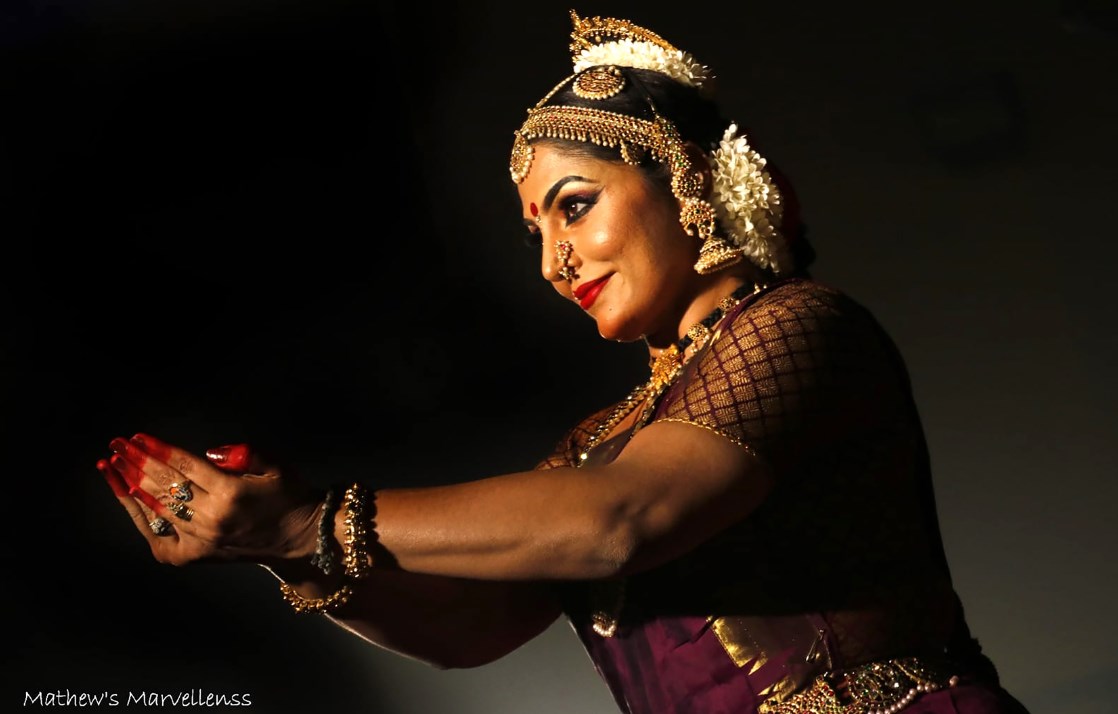