Bahraini photographers have turned their lens on subjects and stories across the kingdom, capturing lesser-known slices of life in the country and beyond and showcasing them at an exhibition that opened last week.

Organised by the Bahrain Photographic Society in collaboration with Colours of East, the second edition of the Stories and Camera Tales annual photography exhibition was inaugurated last Thursday at Seef Mall.

“A total of 29 photographers have showcased their work in this exhibition, using a variety of techniques and styles,” exhibition curator Mahdi Al Jallawi told GulfWeekly.

The exhibition is being held under the patronage of Capital Governor Shaikh Rashid bin Abdulrahman Al Khalifa and continues until today.

Although most of the lens maestros have used street photography to underline lesser-known and oft-overlooked slices of Bahraini life, some have used low shutter speeds to depict rapid motion and encapsulate traditions from countries like Morocco and Iraq.

Most of the photographs have been captured during the last four years, since the previous edition of the exhibition, either during travels or photography workshops exploring the villages of Bahrain.

Mirza Al Shehabi, for example, was fascinated by the enduring legacy of the kingdom’s farmers and captured a shot of Abu Issa, an octogenarian farmer who works in his field in Khurrana to this day.

The juxtaposition of Abu Issa’s varicose veins against the bright green mint that he is tending to pays homage to his legacy of sowing seeds in a garden his successors will live to see.

“It was heart-warming and thought-provoking meeting someone like him who has devoted his entire life to working the land,” Mirza added.

Meanwhile, Khatoon Al Kamel invoked the idea of painting with a lens in her photograph titled Laura framing a girl with flowers in a ‘Renaissance-esque’ style.

Soma Moumen highlighted the culture of Bahrain’s villages and their deep cultural ties in her picture of a gypsy decked out in traditional clothing and jewellery.

Although Najat Alfarsani is known for her images capturing the faces of Bahrain, she ventured out to South-east Asia, capturing an Indonesian woman looking out at nature against the spellbinding background of a mountain.

Muneer Busebaia also picked vignettes from his travels, capturing in charcoal-level detail the face of a spiritual leader in India.

“It is amazing to see all these different part of life depicted by the talented photographers in Bahrain, and we are honoured to provide this platform and showcase their beautiful images in a physical format,” Mahdi added. 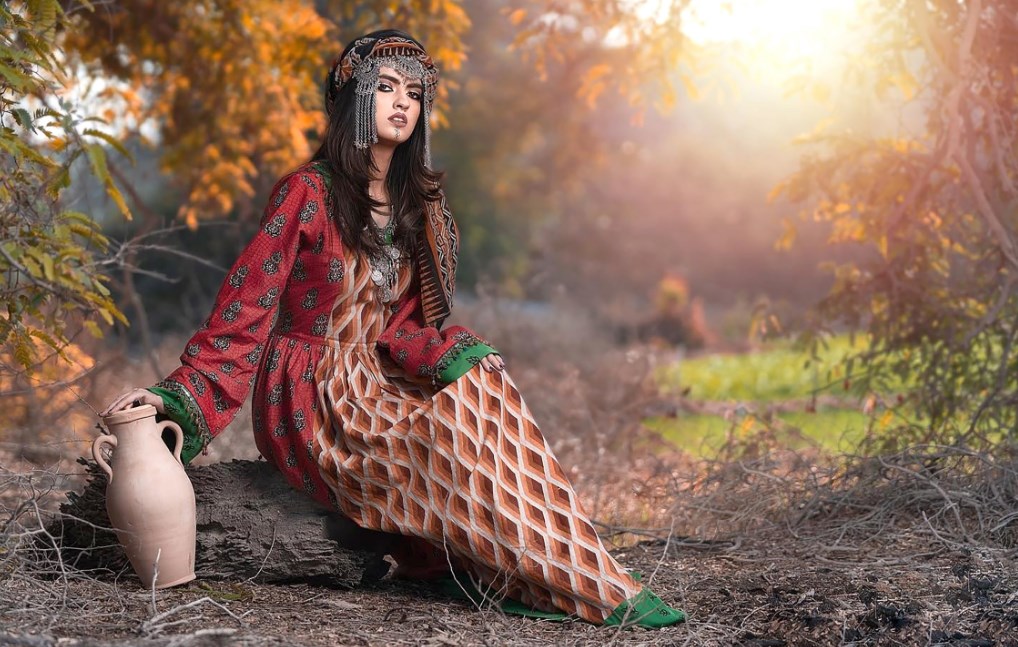