re/ Asian Cuisine at the Four Seasons Hotel Bahrain Bay will be transformed to celebrate Chinese New Year. Live cooking stations will feature traditional Asian cuisine with Wolfgang Puck and his team’s innovative twist. The price for Friday’s brunch (12.30pm-3.30pm) will be BD32net, and it is BD47net for the live cooking stations’ dinner (7pm-11pm).

Guests can also ring in Chinese New Year with a Friday Brunch at Bahrain Bay Kitchen. There will be an international buffet featuring interactive live cooking stations such as dim sum and Peking duck stations. Other seasonal dishes available will include prosperity tossed salad and the ever-popular Singapore chilli crab, together with a tempting assortment of desserts. This will take place from 1pm-4pm and the price is BD30.300 net inclusive of soft drinks, and BD42.400 net inclusive of selected beverages. For reservations, call 1711 5500.

He is the Chinese Executive Chef of the  renowned Yihe Brand and has worked for several five star hotels.

In addition, the China Garden Restaurant will be filled with the Chinese New Year spirit, such as chandeliers that will light the path to the entrance, a fortune cookie raffle, and three chances to win a dinner-for-two.

A spokesperson for the hotel said: “The Chinese New Year has evolved not only in China but also across the globe, including here in Bahrain. Since the opening of China Garden in 1996, we have revolutionised Chinese cuisine along with culture among the people of Bahrain. This has created a legendary trend not only with the Chinese community but also with the locals and expatriates alike.”

The Wok Station is welcoming Chinese New Year with its 12 Noodle Fest. The 12 new types of noodles signify the 12-cycle of animals, which appear in the Chinese zodiac related to their yearly calendar. Each of the 12 noodles is paired with fresh exotic vegetables/seafood/meat and comes with an exotic mix of spices and flavours. Each noodle dish is priced separately and starts from BD2.900.

The Noodle Fest will be available from until March 5 at the Galleria Mall in Zinj. Restaurant timings are noon-11pm. 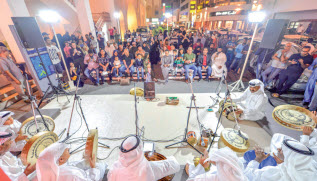 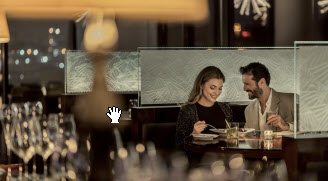 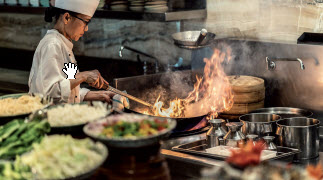