A young Bahraini band has taken off on a musical mission with a newly-released first single to distil the drear and drudgery of the Covid-19 pandemic.

Mission to the Moon, comprised of bassist Ayesha Tyabji, singer Nour Boujacli and guitarist Mohamed Abdulla, last week unveiled Loop, encapsulating some of their experiences and sentiments during the Covid-19 pandemic.

The two-and-a-half-minute ditty starts off with a distinctive bassline, layered with the lyrics: ‘So we keep moving/And I know it’s slow/ So I take my chances, when I am facing my foes/ And I am looking at my adversaries, right into their eye/ Kind of looks like me, that’s scary/ I wonder why’.

“I was joking with a friend about how bored we were during quarantine and he said something along the lines of ‘It’s okay... we keep moving.’ It inspired the whole song,” 17-year-old Ayesha, a Bahraini of Pakistani heritage who lives in Saar, told GulfWeekly.

“I wrote it in a single night based on the idea of moving on with life despite the repetitiveness and mundanity. When I wrote the song, I came up with the melody and bass line as well and then when I pitched the idea to Nour and Mohamed, they helped me tweak the lyrics here and there until we had the completed song.”

The song was first teased at the end of March in a video shot in Ayesha’s garden shed, which quickly became the ‘birthplace of most of their ideas,’ according to Nour.

“Since studios were shut for most of the pandemic, home recording was our only reliable option,” added 18-year-old Mohamed, a Bahraini who lives in Zinj.

“We are, by no means, experts at recording anything, so we stumbled while trying to figure it out and learn how to record a song, and we eventually showed up with a quaint demo, which we showed to our friends at Blazed Kite Records.

“They loved our song idea and helped us record and mix Loop.”

Abdulla Mahmood of the Doyoureallylikeit? band and founder of Blazed Kite Records, along with his band mate Debbi, helped the trio record and mix the song, with Debbi programming the drum beats for the single. Ayesha designed the cover art, with help from her mother.

The three had decided to form a band at the beginning of this year. Ayesha and Mohamed knew each other through mutual friends and Ayesha reached out to Nour, whom she met after following the 17-year-old Bahraini of Lebanese heritage on TikTok.

The trio then met and came up with the name of the band, after getting fascinated by the themes and dreams of space travel, finally deciding on Mission to the Moon.

The three have vastly different music tastes, finding common ground in rock and indie music. Mohammed gravitated towards artists like John Mayer and Jimi Hendrix when learning to play the guitar and enjoys bands like Oasis and Arctic Monkeys. Mohamed is also part of ‘The Melancholics.’

Ayesha, on the other hand, listens to everything from rap to indie, particularly enjoying classic rock bands like Fleetwood Mac and Pink Floyd, as well as modern alternative acts like The Strokes and Radiohead. Ayesha has previously performed with Doyoureallylikeit? and made appearances at open mic nights across the kingdom.

Nour’s idol is Harry Styles, though she also finds herself ‘deeply moved by artists like Chet Baker, Joni Mitchell, Frank Ocean, and Fairouz,’ amongst others. Nour was part of the French International School’s rock band and has acted and sung in musicals.

The trio are coy about their future music, but are hopeful about being on stage soon since restrictions are being lifted, with Nour adding that “Bahrain is in for a treat!” 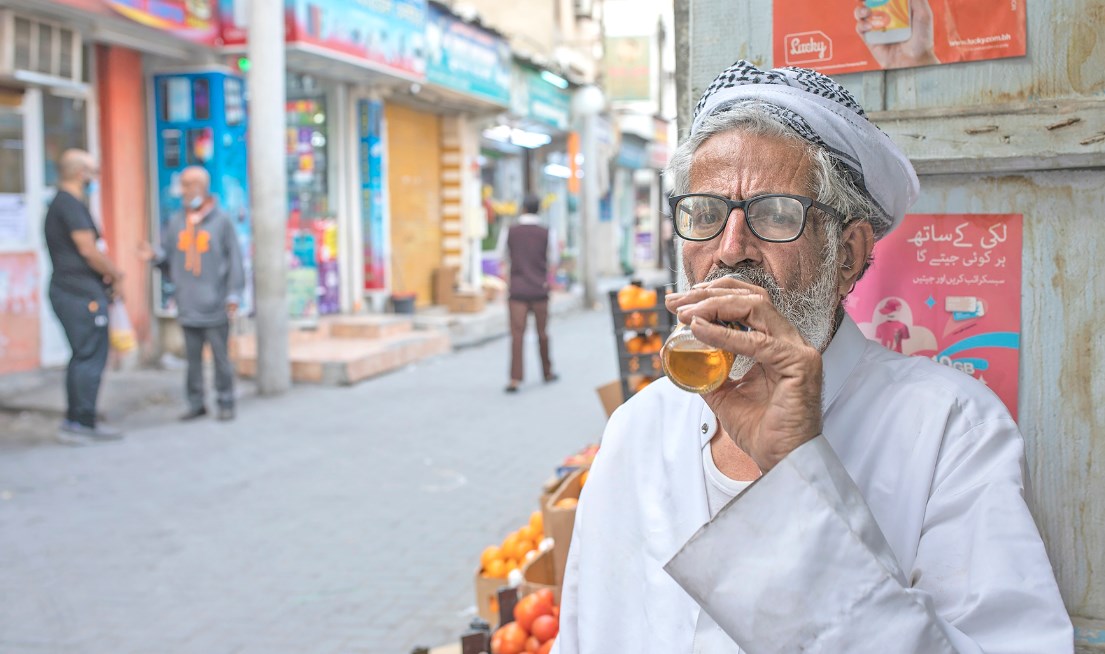 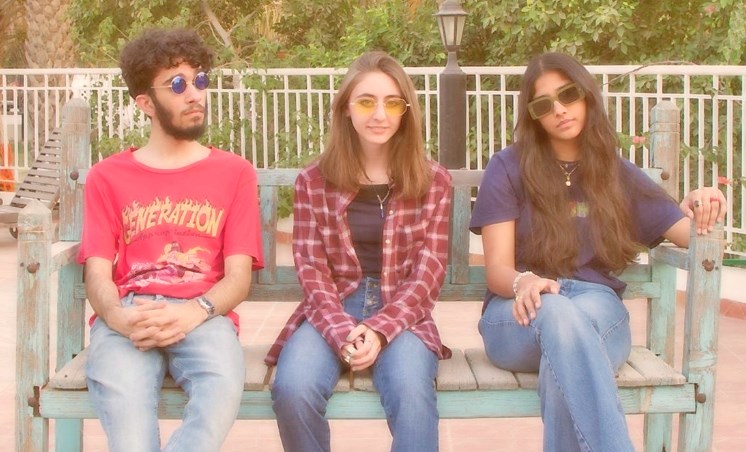