Every Friday, a sea of brunch buffets engulfs Bahrain, and amongst them, there is a pearl to be found at the Four Seasons Hotel Bahrain Bay.

The GulfWeekly and GDN team stopped by the now-famous buffet and were treated to a sumptuous spread of savouries, salads, sweets, and most importantly, brilliant vibes.

Walking in, it is easy to be overwhelmed by the sheer variety of dishes on offer, and although this had initially baffled this reporter when starting to review the brunches, executive chef Leonardo Di Clemente was quick to guide us through the various stations and corners.

From a ceviche corner run by the hotel’s new Peruvian chef Yovani Guevara to a new Lebanese fatteh and a seafood section featuring mussels, lobster and shrimp, what truly astonishes is how delicious every dish is, and the small serving size, allowing us to try out a plethora of flavours.

For me, the sushi corner was an absolute winner, with magnificent maki and scrumptious sashimi, nestled with the nigiri, making for the perfect appetiser.

Chef Yovani also served us four different kinds of ceviche, including a traditional Peruvian one, along with spicier and sweeter variants, as well as the crowd favourite and her signature dish – the Passion Ceviche – succulent shrimp prepared with passion fruit and yellow chilli paste.

The explosion of flavour in the ceviches made them a favourite for our managing editor Stan Szecowka and sales director Alison Lillywhite, who immediately vowed to get on a diet next month to compensate for all the dishes they were sampling.

As I walked around between courses enjoying the live music, what stood out is the variety of diets and palates that can be satisfied at the buffet - proven once the Four Seasons Hotel Bahrain Bay’s public relations and communications director Tugce Goksel joined us.

Tugce, who recently embarked on a ketogenic diet, enjoyed some seafood as she told us about the return of the brunch buffets and how the staff adds new touches every week.

As we got to the main course, Chef Leonardo insisted we try something called a ‘pinza’ and no, that’s not a spelling mistake.

With just two grams of yeast for every kg of wheat, 10 times less than normal pizza, fermented over three days, a Pinza is the lighter crispier version of the famous Italian pizza. And true to form, I devoured half of a pinza and still had room for a cut of the sirloin and the brisket.

Of course, no brunch buffet is complete without a helping of the desserts, and with a variety of open cakes, bite-sized tiramisu, as well as white and milk chocolate fondues, we were just about to go for a nap as the end of the brunch approached. Even Tugce was able to score some strawberries to complement her keto diet!

Rescued by a double shot of espresso, we floated to our cars - our stomachs full, and our palates satisfied, looking forward to our next trip around the oyster of culinary pearls to be found every Friday at the Four Seasons Hotel Bahrain Bay. 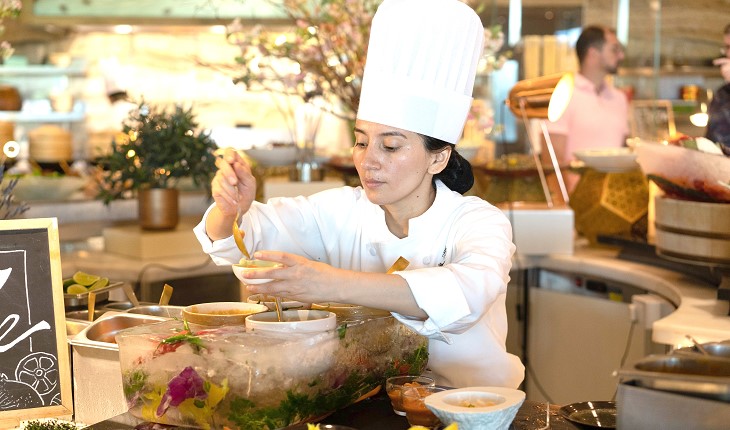 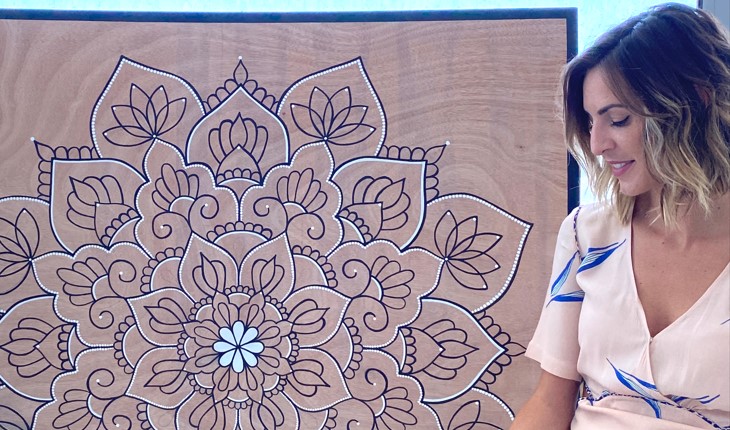